KUALA LUMPUR -  A website launched in May in Malaysia wants to give Muslims better access to Muslim-owned businesses especially in the halal industry that is 70 per cent owned by non-Muslims, according to the Malaysian Islamic Chamber of Commerce (DPIM).

DPIM, which counts around 6,000 merchants and businesses nationwide as members, said the halal industry should be controlled by Muslims.

The non-governmental organisation argues that not all non-Muslims truly understand the concept of halal, especially when it involves food.

“They think halal means no pork or lard and everything else is permissible. But it is not accurate, as chicken and beef can also be not halal, if it is not properly slaughtered, prepared or cooked,” Zahar Hashim, DPIM chairman for the state of Perak, told Salaam Gateway.

“We monitored restaurants ourselves and found out that this happens a lot, especially at premium restaurants,” he added, referring to eating establishments the organisation monitored in Perak, Selangor and Kuala Lumpur.

The 26-year-old DPIM plans to use Muslim purchasing power to especially support small- and medium-sized (SME) domestic Muslim businesses with buymuslimfirst.com that lists Muslim vendors across the country.

“The website is part of a bigger campaign with the same name (Buy Muslim First),” said Zahar.

The ‘Buy Muslim First’ campaign has been ongoing for the last four years or so but was kicked into a higher gear after the rally against the United Nations’ International Convention on the Elimination of All Forms of Racial Discrimination in the capital city last year. The rally in December protested against Malaysia signing the treaty that calls on states to pursue a policy of eliminating racial discrimination in all its forms. The Malaysian government did not ratify the treaty after facing anger from Malay-Muslim groups worried about the dilution of their rights.

“We can use purchasing power because we are the biggest consumers. This is so that we can be sure of halal quality. Having the JAKIM halal certification does not mean the restaurants will adhere to the halal procedure,” added Zahar.

DPIM’s argument is that Muslims will better protect the integrity of halal.

Zahar said DPIM will also have its own ‘Buy Muslim First’ sticker for vetted vendors to display.

Other than the issue of halal, DPIM’s website also encourages Muslim consumers to prioritise all other Muslim businesses, which face fierce competition from non-Muslims.

“All the vendors need to do is register their business with us, free of charge,” said Zahar.

“We aim to have more than 80,000 Muslims vendors and entrepreneurs listed on the website by 2020,” he said, adding that DPIM is working with government agencies and Muslim non-govermental organisations to help them expand the list.

Malaysia’s economic distribution between Muslims and non-Muslims has been unequal since the country gained independence from British colonial rule in 1963.

Muslims make up around 60 per cent of the population and they are largely ethnic Malays who are given Bumiputera status, accorded in the Constitution. Under the status, Bumiputeras enjoy affirmative action and are given privileges including discounts for housing and favourable quotas in education institutions.

Asked if the ‘Buy Muslim First’ effort is seen as racist, Zahar said the name itself does not imply any notion of racism, as Muslims in Malaysia are comprised of different ethnic groups.

“We chose the name Buy Muslim First instead of Buy Malay First, meaning Muslims outside the Malay and Bumiputera community are also welcomed to list their businesses,” said Zahar.

“We also have our own non-Bumiputera Muslims that are contributing to this campaign,” he added.

The mobile application version of the website will be launched in Google Store soon, followed by its version for the App Store.
“We are planning to expand the network to include Muslim businesses from the Asian region next year,” said the DPIM official.

The Malaysian version of the app is not a new one, with a local entrepreneur already releasing the Kedai Muslim app that’s based on the same “Muslim-first” idea.

Prof. Hoo Kee Ping, a casual pundit of Malaysian economy and politics, said the campaign is based on sentiment, just like the ‘Buy Malaysia First’ campaign.

“Sentimental approach means the purchasing decision is not being done rationally. It has a healthy appeal to help fellow Muslims’ businesses, but it is not practical,” the economist told Salaam Gateway.

This is because there is not a single industry that is totally dominated by Muslims alone.

“What products can be produced by Muslim countries that the non-Muslim countries could not produce? Even halal products such as creamers (used in coffee, for example) are cheaper if you import it from China and sell it to the local market,” said the former adjunct professor of the American Liberty University.

Hoo also said the supply chain of most goods are controlled by non-Muslims and their involvement cannot be extracted, even when consumers are prioritising Muslim businesses.

“Take, for example, poultry farms, where there are at least 1,500 large sized, Chinese-owned farms that supply most poultry to retailers. Even if one buys from a Muslim chicken seller, the seller would likely get his supply from non-Muslims,” added Hoo.

The CEO of the Malay Economic Action Council (MTEM) said an effort such as ‘Buy Muslim First’ is “noble”, with the intention to motivate Muslims to be more supportive of the interest of the ummah, or Muslim community.

“The campaign is to prioritise Muslim products and services but it must also mean that the product must be good enough for consumers,” Ahmad Yazid Othman told Salaam Gateway.

MTEM is an umbrella organisation representing 120 non-governmental organisations consisting of over 500,000 Malay businesses in the country.

“As long as we do not ban Muslims from buying from others, then it is a matter of choice for Muslim consumers,” said Ahmad Yazid.

He said this campaign could bridge the income inequality gap between Muslims and non-Muslims that the country has long suffered from.

However, he warns that Muslim businesses should not take things for granted.

“Muslim producers must also prove their products or services are of the highest quality and come with value for money,” said the MTEM CEO.

“They must not assume just because the products are Muslim-made, the quality is guaranteed. We must show what it means to be called ‘made by Muslims’.” 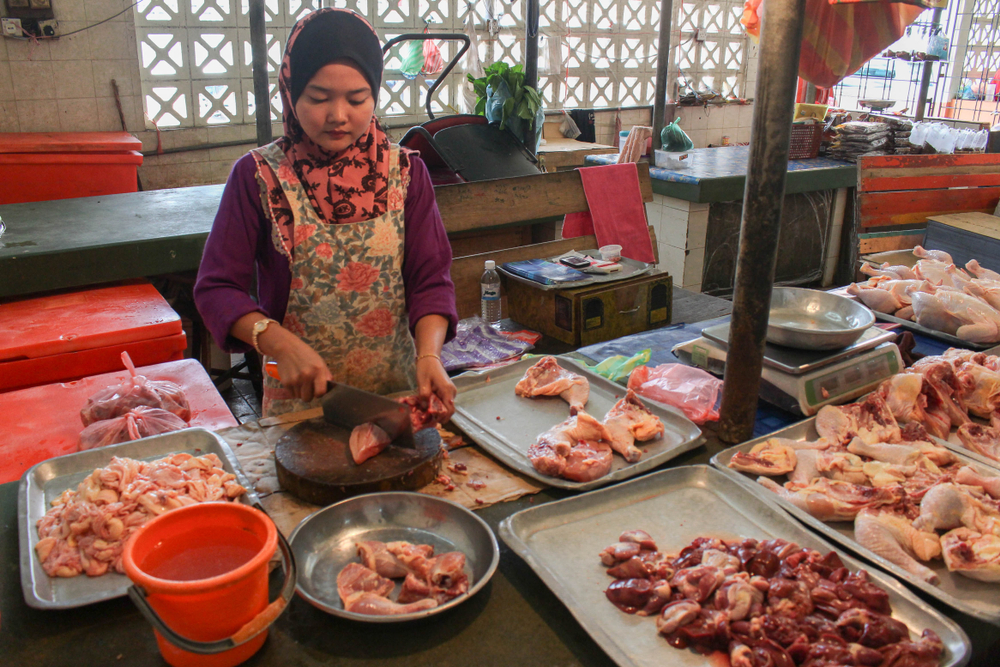 ‘70 pct non-Muslim owned’ halal industry: New website helps Malaysians ‘Buy Muslim First’
KUALA LUMPUR -  A website launched in May in Malaysia wants to give Muslims better access to Muslim-owned businesses especially in the halal industry that is 70 per cent owned by non-Muslims,..
https://www.salaamgateway.com/story/70-pct-non-muslim-owned-halal-industry-new-website-helps-malaysians-buy-muslim-first