Abu Dhabi hotels have been asked to provide kosher F&B. What does this mean?

The Department of Culture and Tourism – Abu Dhabi issued a circular to hotel establishments on September 8 advising them to provide kosher options to their guests. Rabbi Menachem Genack, CEO of the Orthodox Union (OU) Kosher, told Salaam Gateway this means hotels will need to kosherize their kitchens or use segregated facilities.

The circular followed the normalization of ties between the UAE and Israel in August. “Based on the commitment of the Department of Culture and Tourism – Abu Dhabi to ensure certain foods are available for all visitors and tourists in the emirate of Abu Dhabi, please note that all hotel establishments are advised to include Kosher food options on room service menus and at all food & beverage outlets in their establishments,” wrote the Abu Dhabi authority.

It went on to say that it “is instructing all hotel establishments” to seek kosher certification for handling kosher meals, designate an area in their kitchens for kosher food preparation, and label all kosher items with a recognizable symbol.

OU Kosher, an organization that oversees the certification of more than one million products in around 10,000 plants across 104 countries, will be supervising kosher food in UAE hotels at the request of Abu Dhabi’s Department of Culture and Tourism, said Rabbi Genack.

The request came to OU Kosher through New York-based businessperson Eli Epstein, who initiated visits by leading Orthodox rabbis to the UAE over the last 31 years. Epstein’s extensive contacts with the Middle East have generated several projects, such as Children of Abraham, an internet-based initiative that allows young Muslims and Jews to discover their common heritage and practices.

According to Rabbi Genack, OU Kosher initially plans to send two experts to oversee the implementation of kosher dietary regulations in the UAE.

In the long term, when direct flights are open to Israeli tourism, OU Kosher plans to have a permanent supervisory team in the UAE, which will be responsible for kosher foods in hotels as well as at events such as Expo 2020.

“We are planning to send more people to the country on a permanent basis in order to supervise what will emerge with regards to kosher hotels and restaurants. In terms of gearing up for things, that’s going to take time, depending on when we solve the COVID-19 problem. I don’t think tourism will pick up until that’s behind us, probably not until the beginning of 2021,” said Rabbi Genack.

He said the UAE expects to see an influx of Jewish tourists from the United States and Israel by the coming Passover in April 2021.

“That’s when kosher options should become more widely available and then we will see how we manage to supervise that.”

While both Jewish and Islamic dietary laws mandate the ritual slaughter of an animal and prohibit eating pork, Jewish dietary law, or Kashrut, has different requirements to Shariah, such as the prohibition of shellfish or the mixing of meat and milk products.

“There are similarities between halal and kosher food, but there are substantial differences as well. In the U.S., many of the Muslims who cannot find halal meat opt for kosher meat because it is slaughtered. So, to transition from halal to kosher meat is not difficult,” said Rabbi Genack.

However, Muslims opting for kosher food would have to ensure that there is no alcohol in the product, which is not a kosher requirement, he said.

Moreover, in order to sell food as kosher, it has to be made in equipment that is segregated or isolated for kosher meat. If any equipment or utensils are used for non-kosher food, they have to go through an intense cleaning process that includes sterilization with hot water or live fire.

“If the kosher food is being served on an ongoing basis, it would have to be a segregated kitchen, or we could kosherise the kitchen. If it’s a manufacturing facility, inspections would have to take place to make sure the ingredient lists are the ones being used in the plant,” said Rabbi Genack.

The Association of Kashrus Organizations currently unites the different kosher agencies around the world, supervising the kosher community and helping them maintain the highest level of standards.

The global halal ecosystem does not have a similar supervisory body. For example, the Standards and Metrology Institute for Islamic Countries (SMIIC) develops halal standards but has no supervisory or regulatory authority. Further, national-level halal authorities such as UAE’s Emirates ​​​​Authority for Standardization and Metrology (ESMA), Malaysia’s JAKIM and Indonesia’s BPJPH each maintains separate lists of foreign halal certification bodies they recognize.

However, as with the global halal industry, where there are hundreds of certifiers across the world, kosher certification also remains fragmented, with more than 1,400 kosher certifying agencies in the world, according to the Chicago Rabbinical Council.

OU Kosher is the largest and most widely recognized kosher certification agency, certifying more than one million products worldwide and holding a database that contains information on more than 500,000 kosher ingredients.

“In the U.S., you will see the ubiquitous OU symbol across iconic products from Coca Cola to Nestle to Hershey’s Chocolate. Also, many of the basic ingredients whether flavors or oils bear the OU certification,” said Rabbi Genack.

The U.S. is the center of the world's kosher food sector. While only 2% of Americans are Jewish, estimated at around 7.5 million people, it is estimated that 40% of all packaged foods and beverages in the US is kosher-certified.

Led by growing demand in the U.S., the global kosher food market is predicted to increase to almost $60 billion of annual sales in 2025, up from $24 billion in 2017, according to Persistence Market Research.

GEARING UP FOR TOURISM

The company was opened in February 2019 by South Africa-born Elli Kriel, whose husband Ross Kriel is the leader of the Jewish Community of the Emirates.

Since opening, Elli’s Kosher Kitchen has been experimenting with a new genre of Jewish cooking that incorporates UAE cuisine, combining Kosher and Emirati food in what they refer to as ‘kosherati’.

The company has adopted local flavors in some recipes, such as Emirati-style bourekas, a popular baked pastry in Sephardic Jewish cuisine, and makes liberal use of the Emirati seasoning mix bzar. It has also created menus with traditional Arabic foods during the last Ramadan.

“I think there is a great opportunity here in terms of building bridges between the United States and the UAE,” said Rabbi Genack.

“The [normalization] agreement creates new opportunities for a bridge between Israel and the UAE. The UAE will serve as a model, and now Bahrain has also joined, in terms of changing the entire region, and that will bring much-needed prosperity and peace.”

*Correction: A line in Para 5 was deleted as the visits by rabbis to the UAE were not part of the work of the USA-based Muslim-Jewish Advisory Council but were initiated by Eli Epstein. 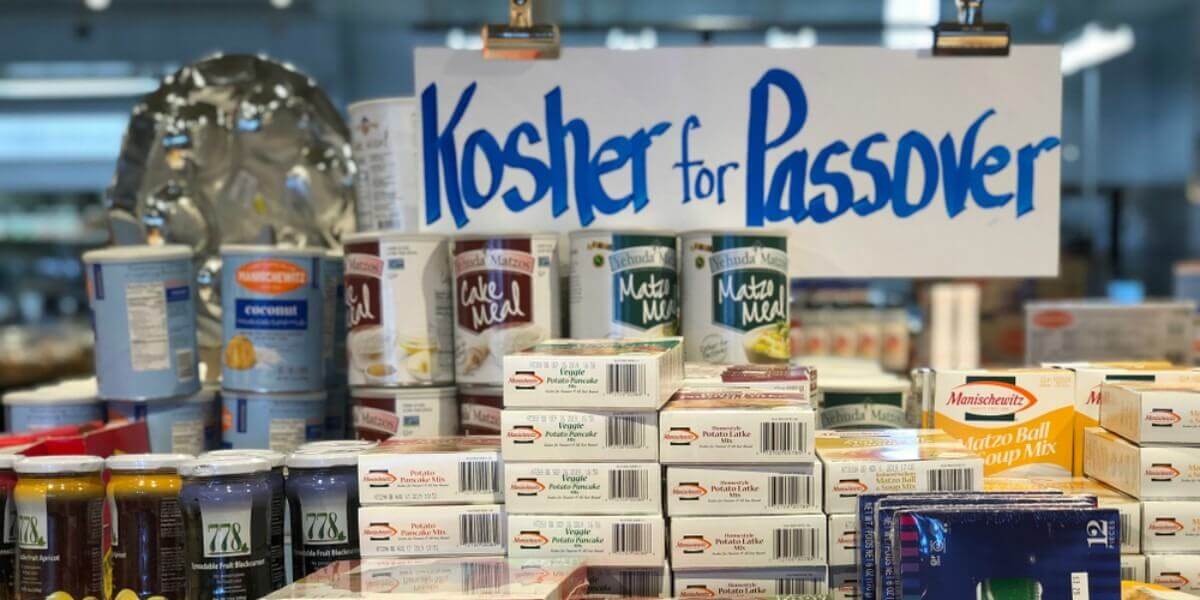 Abu Dhabi hotels have been asked to provide kosher F&B. What does this mean?
The Department of Culture and Tourism – Abu Dhabi issued a circular to hotel establishments on September 8 advising them to provide kosher options to their guests. Rabbi Menachem Genack, CEO..
https://www.salaamgateway.com/story/abu-dhabi-hotels-have-been-asked-to-provide-kosher-fb-what-does-this-mean