Hatoon Kadi is one of few Saudi women who has broken through the gender barrier in comedy, using light-hearted satire to highlight important social issues. But her field visits to refugee camps in Jordan, Lebanon, and Bangladesh were no laughing matter.

“What I saw in Bangladesh really touched me… I met women still in trauma from the horrific journey they had to take and lots of them saw their loved ones killed in front of them,” said Hatoon.

“What broke my heart were the blank eyes. People there have no hope for any future, and the overall situation in the camp was painful due to the geography of the region and the difficult weather.”

More than a million Rohingya refugees have fled violence in Myanmar since the early 1990s. The latest exodus of this stateless Muslim-minority in Myanmar began in August 2017, when violence broke out in the country’s Rakhine State, driving more than 742,000 to seek refuge in Bangladesh.

Today, the Kutupalong camp in Bangladesh is the largest refugee site in the world, with nearly 860,000 Rohingya refugees living in very close quarters, according to the U.N. Refugee Agency, UNHCR.

“In Ramadan in Bangladesh, the situation was extremely difficult. People were struggling to put food on their tables apart from the allotted amount of rice and lentils provided by the World Food Programme. I even saw people sell those small amounts to afford other necessities, so Ramadan was just a struggle for them,” said Hatoon.

Syrian refugees in Jordan and Lebanon were slightly more optimistic about the future compared to Rohingya refugees and they looked forward to going home, she recalls. Yet, during Ramadan, families would nostalgically yearn for the days when they had the luxury of home gatherings and iftar feasts.

USING HER VOICE FOR GOOD

With nearly 100,000 followers on Instagram and 350,000 subscribers to her YouTube channel, Hatoon, a mother of two, has used her platforms to highlight the plight of refugees.

Her YouTube show Noon Al Niswa, which spotlights women’s issues in Saudi Arabia, is watched by millions, and she is also an ambassador for several brands and charities.

“I had been really wanting to do something for refugees for a while, so when the chance came, I grabbed it. When you have a public appearance of any kind, it is a duty that you use your voice to shed light on people like refugees.”

“I strongly believe in the case of refugees, and we all need to do more and use our voices to help them. I just imagine: what if I was forced to leave my own home and flee my country, my world, to go live somewhere where I’ve never been before, not because I wanted to, but because I had no other choice.”

In December 2016, Hatoon was among a group of influencers from the GCC who launched a campaign with UNHCR in in support of Syrian refugees in Jordan. The campaign sought to bring attention to this large-scale crisis and saw her visit the Zaatari and Azraq refugee camps in Jordan to mobilise financial support. The group examined the situation of the families, explored their living conditions, and published stories about their visits, drawing global attention to the refugee cause.

One of the campaign’s objectives was to provide vital cash assistance to 2,000 highly vulnerable Syrian refugee families in Jordan through UNHCR’s Lifeline campaign.

According to UNHCR estimates, nearly 5.6 million people have fled Syria since 2011, seeking shelter in Lebanon, Turkey, Jordan and beyond.

“Each time I visited any refugee site, whether in Lebanon, Jordan or Bangladesh, I end up with mixed feelings,” said Hatoon.

“With my own eyes I was able to see the amount of effort made by UNHCR and lots of NGOs to make the lives of refugees easier. But then I asked myself: Why are there refugees in the first place? When is all of this going to end, especially with the Rohingya refugees? No matter how good the services that are provided for the refugees, the situation is hard.”

ONE WAY TO GIVE YOUR ZAKAT

The campaigns supported by Hatoon and other influencers have touched many hearts around the world, triggering responses through Snapchat, Instagram, Twitter, and other social media platforms.

“Lots of people were asking about how to donate, so, I believe the campaigns made an impact. At least people now know that UNHCR’s donation platform is a trusted one,” Hatoon said.

“People felt that they could confidently donate without fearing that their donations were going to go anywhere apart from the refugees. I think this is a plus because people need to know that their donations are going to the right hands. Having seen the work of UNHCR first-hand, I know that I and other influencers were able to communicate this information with the public.”

In 2019, UNHCR’s “Refugee Zakat Fund” raised over $43 million and directly benefited more than 1 million vulnerable displaced persons. The Fund is fully Shariah-compliant and backed by five fatwas, authorizing the collection of Zakat donations to be delivered to eligible refugees.

“The refugees deserve any amount of your Zakat or Sadaqah. There are several fatwas that say that refugees are among the people who should be recipients of your Zakat. This is just one way of you doing your Zakat. So, please this year, donate your Zakat to refugees.”

According to UNHCR, every $920 of Zakat allows one vulnerable family to cover their immediate needs for an entire year, providing them with cash assistance to pay for rent, food, water, medicine and debt. 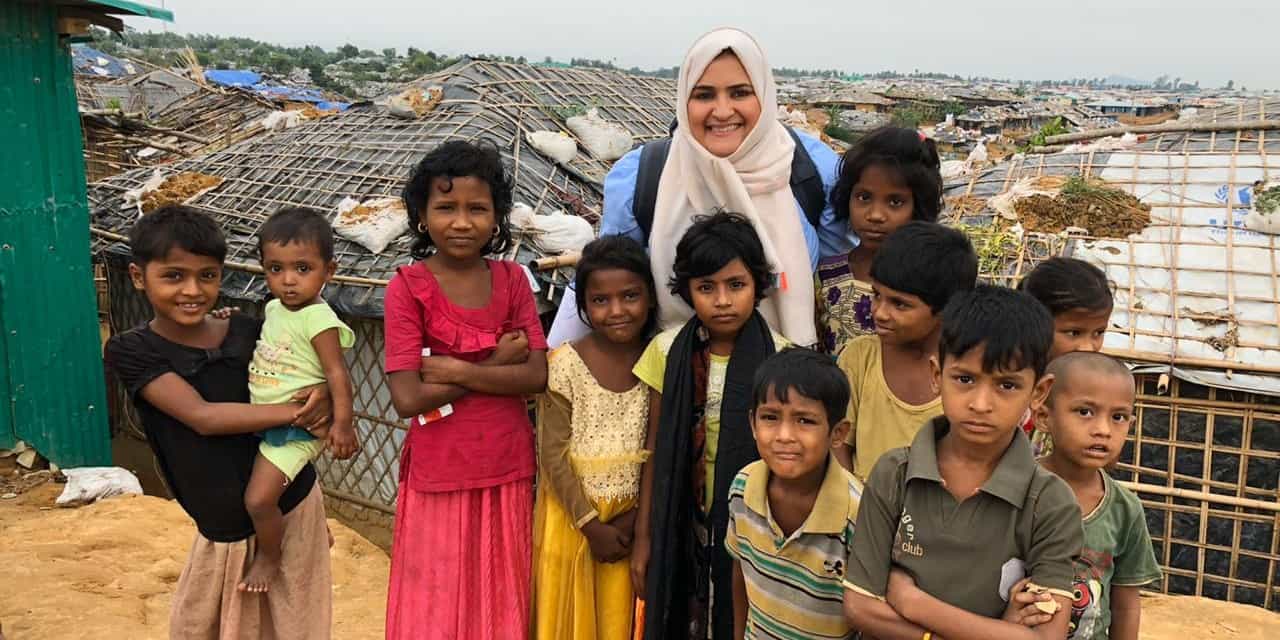 After visiting refugee camps, Saudi comedienne Hatoon Kadi urges people to support displaced families this Ramadan
Hatoon Kadi is one of few Saudi women who has broken through the gender barrier in comedy, using light-hearted satire to highlight important social issues. But her field visits to refugee camps in..
https://www.salaamgateway.com/story/after-visiting-refugee-camps-saudi-comedienne-hatoon-kadi-urges-people-to-support-displaced-families