Bangladesh exported halal products, including food and cosmetics, worth about $1 billion in 2020-21 (Shutterstock)

DHAKA: The Bangladesh food industry is increasing its efforts to export halal foods to Muslim majority population countries. A senior government delegation is planning to visit Turkey and Indonesia this year to gather facts and advice on improving Bangladeshi halal food sales in these countries.

The additional secretary (export) for the commerce ministry, Mohammed Hafizur Rahman will lead a four-member delegation: “We will explore and learn from them about exports and the certification process of halal foods, cosmetics and even fashion,” he said, noting that these states were “ahead of many other Muslim countries in terms of production, certification and exports.”

According to a report from the Metropolitan Chamber of Commerce and Industry, Bangladesh exported halal products, including food and cosmetics, worth about $1 billion in the 2020-21 fiscal year (July-June), 70% of which went to Middle East. Exporters are able to build capacity by also selling into a domestic halal goods market worth $107 billion, the second largest after Indonesia worldwide, according to the report.

Bangladeshi halal certified food is overwhelmingly red meat, poultry and processed poultry food products, said the chamber. Producers seeking to export such products have been struggling with limited certification capacity in Bangladesh, but this is now expanding. Until this year, the only body able to issue halal certificates was the Islamic Foundation Bangladesh, a state-run body, which has been issuing certificates since 2007. However, the Bangladesh Standards and Testing Institute (BSTI), another government body, has secured authority to also issue halal certificates for food products. Meanwhile, the Islamic Foundation has submitted a draft Halal Certificate Policy 2021, which it says will enable it to better approve certification for large scale exports.

While this expansion of certification capacity is welcome, Enamul Hafiz Latifee, joint secretary (research fellow) at the Bangladesh Association of Software and Information Services (BASIS), who until recently promoted the country’s food sector with the Dhaka Chamber of Commerce and Industry, warned that the new system may be administratively complex. The Islamic Foundation says it will work with the BSTI as well as the government’s Department of Livestock Services and Department of Agricultural Extension to conduct laboratory testing and certification. “This may create bureaucratic complexities,” said Latifee.

Global Muslim spend on food (halal and non-halal) was estimated at $1.17 trillion in DinarStandard’s State of the Global Islamic Economy Report 2020/21, forecast to reach $1.38 trillion by 2024. “If Bangladesh can tap even 1%, this will be huge,” said Latifee.

But to achieve this, Bangladesh will especially need to demonstrate high standards in red meat production and logistics standards, including demonstrating its cattle are disease-free, and that whole pre-, during- and post-slaughter procedures are strictly monitored and controlled. The country does not export halal sheepmeat.

At present, only Dhaka-based Bengal Meat, Bangladesh’s largest meat manufacturer, exports beef cuts used to make curry dishes in Kuwait through compliance with that Gulf country’s strict halal standards. “The Bengal Meat factory was set up in accordance with Islamic law, hygiene rules and international compliance standards. We had to bring delegates from Dubai and Kuwait for checking the compliance in our factory,” said Ahmad Asif, Bengal Meat’s CEO, who noted that the company had yet to start exporting to the UAE.

Other companies have struggled to meet Gulf countries halal standards, he told Salaam Gateway, with “compliance and hygiene issues” restricting overseas sales, although the Bangladesh government has been lobbying importing countries, requesting that they buy more Bangladesh meat.

A Bangladesh Halal Meat Importers’ Association official who requested anonymity said “it will take time” to build confidence in Bangladesh compliance with international standards over hygiene and halal procedures. Also, Bangladeshi meat can be expensive – sometimes priced at 20% to 40% more than many other Muslim countries. For instance, India sells buffalo meat at around $3.36 per kilogramme, where as Bangladeshi meat sells for $6.41/kg. Latifee said that the smaller size of Bangladeshi buffalo production prevents it from securing economies of scale regarding feed purchases.

This has opened an import market within Bangladesh for sales of cheaper buffalo bovine meat from India, China, Myanmar and Nepal – a challenge for local producers.

“As we have a surplus of meat, Bangladesh has infinite opportunities for exporting to the global halal meat industry,” Asif told the Dhaka Tribune.

Halal seafood exports also have potential. “Bangladesh currently exports frozen shrimps to the European Union and USA, and fresh ones to Middle East countries, such as Saudi Arabia [and the UAE’s] Dubai, where a large Bangladeshi community lives,” said an official at the Bangladesh Frozen Food Exporters’ Association (BFFEA). The country also exports some small fish, such as Indian carplet, to the Middle East.

The official added that there was huge potential for exporting halal bovine omasum (the third stomach compartment in ruminants) and cow liver to the Middle East, although he said the market was being undermined by black market exporters based in Bangladesh.

As for Middle East halal fish exports to Bangladesh, these are limited to oily fish such as sardines and a handful of other species, such as hilsa from Oman, said the BFFEA official.

But Bangladesh exports frozen halal snacks, such as parathas, singaras and samosas to Europe, the UK, the USA, Canada, Australia, and Japan.

Such successes, said Latifee, could help Bangladesh improve its halal exporting image. He said exporters might also focus on Indonesia and Malaysia initially, being easier markets to tap than those in the Middle East. 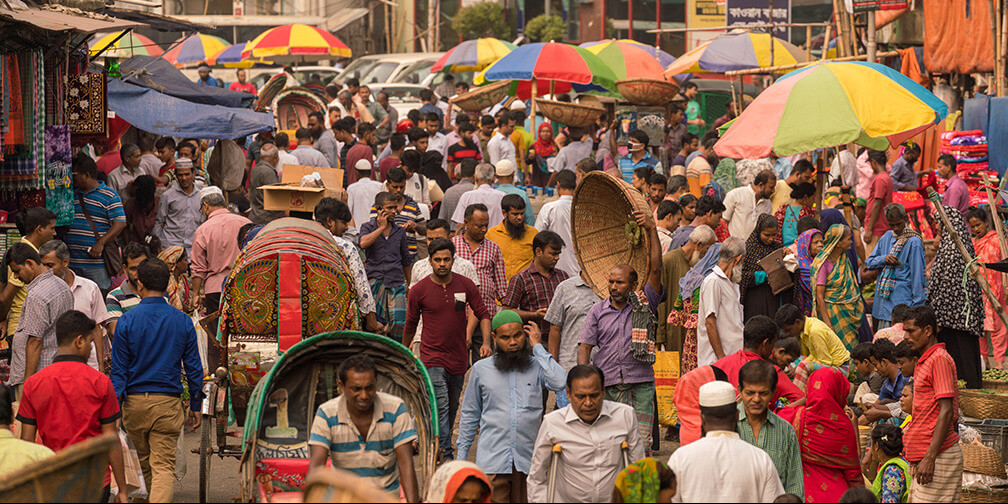