Commentary: Paris stock exchange would offer better performance and strengthen its competitiveness with an Islamic index

In a country where an estimated 8.8% of the population is Muslim, a number that the Pew Research Center forecasts to rise to between 12.7% and 18% by 2050, the Paris stock exchange, has an interest in diversifying and adapting to new financial instruments to remain competitive.

A pioneer in Islamic finance on the European continent, the UK financial center has been losing momentum since its withdrawal from the European Union, which has caused the flight of certain assets wishing to remain attached to continental Europe. Nearly 10% of the assets of UK banks have already been moved to the European Union, warns the research center New Financial.

In light of these events, France could position itself as a hub for Islamic finance in continental Europe.

Considering the consequences of Brexit and mindful of London as a financial center in Islamic finance compared to its European neighbors, it is perhaps time to see in this peculiar context the opportunity to transform the Paris financial center by endowing it with new instruments capable of capturing capital from the Islamic financial industry, which has been growing significantly for the past two decades.

The intention is to welcome capital from Muslim countries and compete with the London market, bearing in mind the growth of the Islamic financial industry that rose from $462 billion in 2006 to $2.4 trillion in assets in 2019, an increase of 525.75%.

We have therefore considered the creation of a French Islamic index, which the Paris stock exchange currently lacks, in order to study the interest of this type of investment in the French context.

The proposed index could use the same screening process as the one defined by Dow Jones in the framework of the Dow Jones Islamic Market Index. This consists of the execution of three financial ratios: a debt ratio, a receivable ratio and a liquidity ratio. Using this methodology, 75% of the current stocks on the CAC40 Index would be excluded.

By eliminating 47% of the companies in our sample, the debt ratio appears to be the most restrictive filter just after the qualitative extra-financial filtering.

Finally, the Paris Islamic index thus constituted would be composed of 10 stocks with heterogeneous weights and would include companies operating mainly in the IT and consumer discretionary sectors (goods and services considered as non-core).

After various statistical analyses, the Paris Islamic index appears to be both less risky and better performing than its conventional counterpart, with lower volatility and beta and higher returns over the period 2015 to 2020.

This highlights at the French level what international literature has already explained: adopting the principles of Islamic finance is both an ethical and profitable choice.

France is eager to fortify its financial center in the face of the disruptions that the London Stock Exchange has suffered since Brexit and the Republic has considerable assets to play a determining role in the current landscape. But it faces stiff competition from the Frankfurt stock exchange, which also intends to capture the maximum amount of capital lost by London.

Considering these realities and the current political context in Europe, the Paris stock exchange should seriously consider the creation of an Islamic index in order to finally live up to its position as the European country with the largest Muslim community. 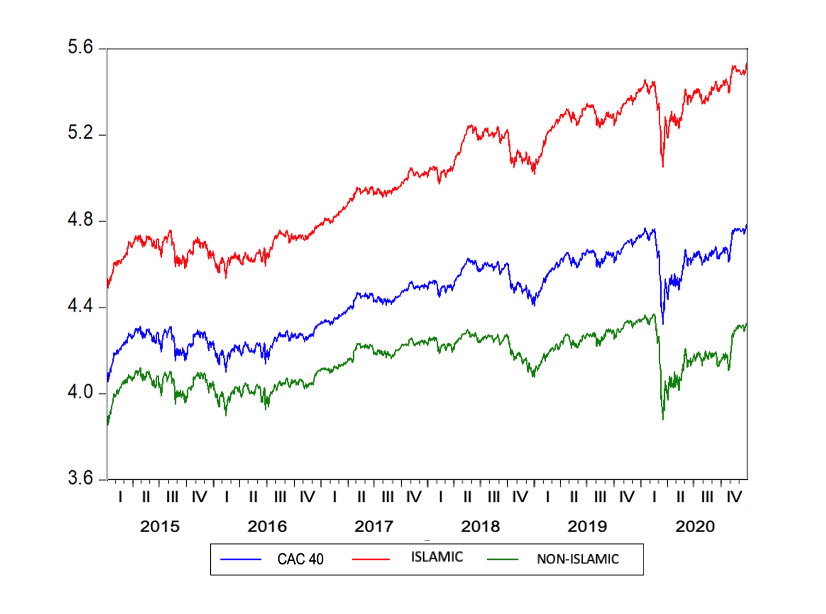 Commentary: Paris stock exchange would offer better performance and strengthen its competitiveness with an Islamic index
This article is contributed by Sophian Fourari and Ezzedine Ghlamallah. Sophian Fourari holds a Msc in International Finance from Rennes School of Business and Ezzed..
https://www.salaamgateway.com/story/commentary-paris-stock-exchange-would-offer-better-performance-and-strengthen-its-competitiveness-wi