Photo: Heba Hashem, a UAE resident and Salaam Gateway contributor, has been stranded in the Maldives for 50 days as of May 4 due to COVID-19 lockdowns. Photo courtesy Heba Hashem

COVID-19 has left me stranded in the Maldives for 50 days, and counting

UAE resident and Salaam Gateway contributor Heba Hashem got more of the Maldives than she bargained for when she set off on her island getaway in a time of coronavirus.

When I set off to the Maldives from the UAE on March 16, I never expected to be there for 50 days.

At the time, the COVID-19 outbreak was still in its early stages in the UAE, with fewer than 80 confirmed cases and no deaths. I knew I was taking a risk but I hadn’t gone on a vacation for a while and really needed to get away from my hectic life in Dubai. The Maldives is a relatively short five-hour flight from Dubai and would be the perfect escape, or so I thought.

Tourists of all nationalities get a 30-day visa on arrival in the country so I and my partner, a Nigerian national who is also a resident of the UAE, booked our flight with Emirates and off we went. The plan was to travel for 10 days, starting with the capital Malé and then to an island resort.

So far so good.

Then we touched down at Velana International Airport and were told that we weren’t allowed to enter Malé as the government had just imposed a lockdown on the city. So we had no option but to go directly to Paradise Island Resort & Spa that falls outside of Malé. Paradise Island was a budget resort yet everything you imagine the Maldives to be – white sandy beaches, clear turquoise waters, soaring coconut trees. All that paradise sort of made up for the diving centre being closed and the fact that we couldn’t move between islands due to the pandemic.

With each passing day, the resort grew quieter and quieter. More people left and fewer arrived.

Day 8: Two days before our scheduled departure, Emirates Airline announced it was suspending passenger operations on March 25, the same day of our return flight to Dubai. The news was shocking, and there were no alternative flights that we could book. I called the UAE embassy in the Maldives and Emirates Airline’s offices, but there was nothing they could do.

The following day, Paradise Island staff said they were taking us by boat to the airport, despite knowing that our flight was cancelled. I asked if we could extend our stay at the resort, but they said it would not be possible, even though they still had a few guests.

After arriving at the airport, we learned that tourists were not allowed to move between resorts, as ordered by the government to quarantine resorts and local islands. So we ended up having to live at the airport. We slept on a sofa inside the airport lounge and spent most of our time there because it had wi-fi, a shower facility, snacks and beverages.

The staff were helpful and provided small blankets at night, but it was extremely uncomfortable. Time passed slowly but at least we could walk outside and watch boats come and go. We paid for two days at the lounge, and the other days were covered by the Ministry of Tourism.

Day 15: After six days at the airport with a few other stranded tourists including an Algerian, an Angolan, and a Belarusian, I received a phone call from an Egyptian resident of the Maldives who worked for Lux North Malé Atoll. Being a fellow Egyptian, he was keen to help and advised me to contact the hotel’s management so they could request permission from the Ministry of Tourism to accommodate us.

Luckily, it worked, and the Ministry granted us a special approval to move to Lux North Malé Atoll. It was a steep $600 a night for the overwater villa – already discounted from the usual rate of $1,000 per night, but I was desperate to get out of the airport.

It was great sleeping in a bed after days on a hard sofa. The next day, I heard from the Egyptian Embassy in Sri Lanka, which provides consular services for Egyptians in the Maldives.

They explained that they and other embassies that have nationals stuck in the Maldives, had spoken with the Ministry of Tourism, who then agreed with Olhuveli Beach & Spa to accommodate all stranded tourists. The Nigerian Embassy in Pakistan said the same.

Day 18: We moved to Olhuveli on April 2 and have been here since. The Ministry of Tourism covered the 45-minute speedboat transfer and facilitated a reduced rate of $100 per night for full-board accommodation, more than half the original price of $254.

Day 27: Initially, there were some 200 tourists at the resort. To reassure us we were in good hands, Tourism Minister Ali Waheed came personally to Olhuveli on April 11 and gave a heart-warming speech on the beach, showing tourists true Maldivian hospitality.

Day 49: As of May 3, after the departure of all South African and Russian tourists on repatriation flights, around 70 tourists remain stranded at Olhuveli, including at least six couples who are UAE residents. The tourists are from Egypt, Jordan, Morocco, Ukraine, Serbia, India, Pakistan, Thailand, the Netherlands, among other countries.

I packed 10 days’ worth of clothes and the few items are almost worn out. There’s also little to do on the island other than swim, snorkel, and read, which all sound beachy wonderful except that I’ve been stranded away from home for 40 days longer than planned. Thankfully, I brought along my laptop so I can still manage some work. But I miss my two dogs, who I put up in a kennel in Dubai, and hope they’re well!

Like thousands of other stranded UAE residents because of the COVID-19 crisis, we continue to pay our rent and bills in Dubai, and our credit cards have almost maxed out. We have also completed and submitted the Tawajudi form, which was introduced by the UAE on March 21 to facilitate the safe return of UAE residents who are outside the country. We are waiting for news from the UAE government as to when residents will be allowed to return.

More than a week of Ramadan has already passed and while the resort is preparing iftar and suhour meals for Muslim guests, there’s nothing like being home with family.

Day 50, May 4, 2020: The situation is frustrating and gets to us at times, but we are still hopeful the UAE will open its doors to residents sooner rather than later. 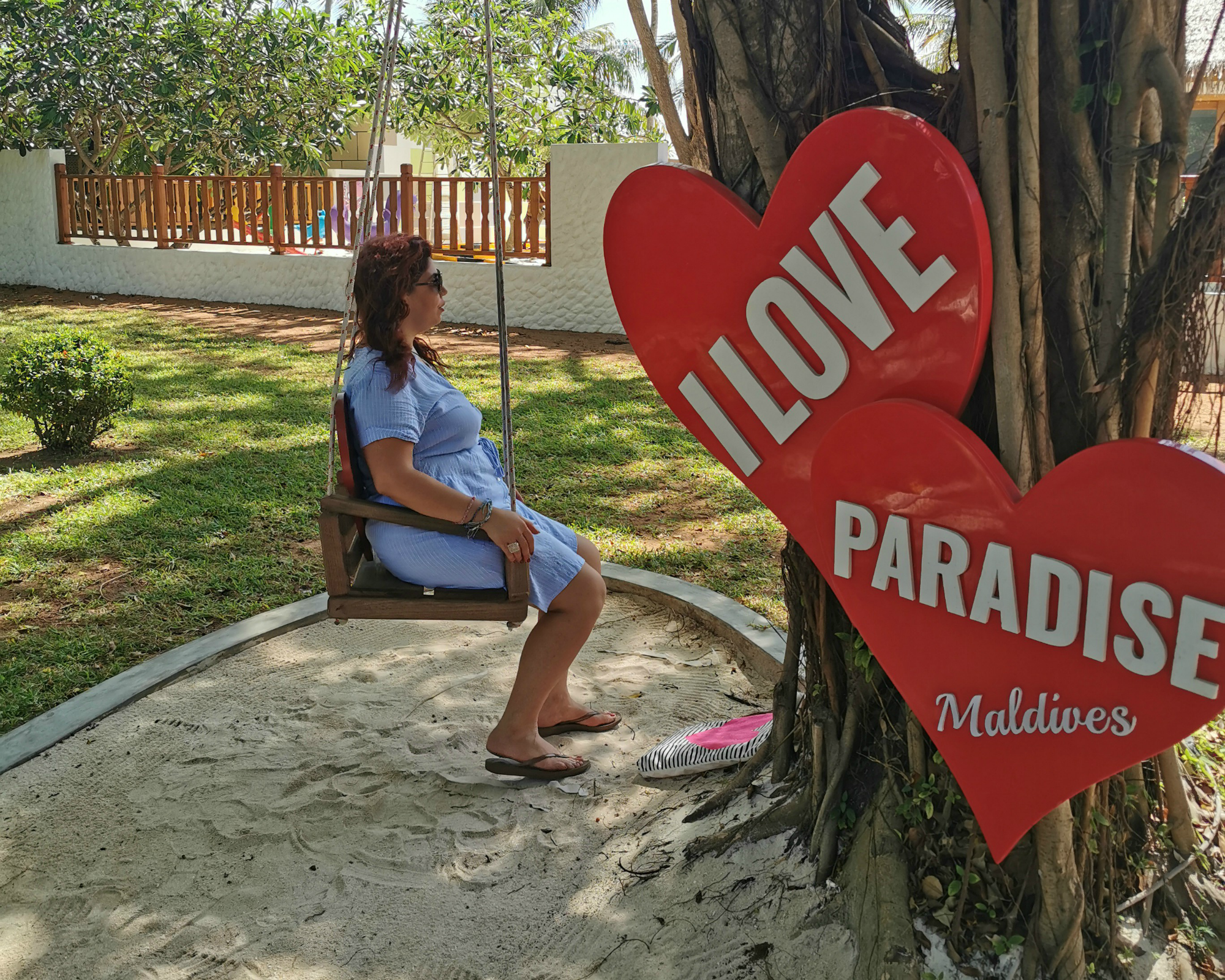 COVID-19 has left me stranded in the Maldives for 50 days, and counting
UAE resident and Salaam Gateway contributor Heba Hashem got more of the Maldives than she bargained for when she set off on her island getaway in a time of coronavirus. &..
https://www.salaamgateway.com/story/covid-19-has-left-me-stranded-in-the-maldives-for-50-days-and-counting