Photo: Chinese travellers on January 23, 2020, arriving at an airport in Chengdu, Sichuan, China, wearing masks amid the COVID-19 outbreak. B. Zhou/Shutterstock

Apart from the human toll, the December 2019 COVID-19 outbreak in China has led to a significant decline in the travel and tourism sector, with the first impact felt as a result of the plunge in outbound Chinese travelers.

China accounted for about 12% (159 million) of global outbound travelers in 2019, consulting firm GlobalData said in a report last week.  As of February 9, outbound flights from China for March and April were only 55.9% of what they were at the same time in 2019, according to travel analytics firm ForwardKeys.

Reflecting on the financial impact of a sharp drop in Chinese arrivals, Animesh Kumar, GlobalData’s Director of Travel & Tourism Consulting, pointed out to Salaam Gateway that the Southeast Asian countries will suffer the most.

“Countries like Malaysia, Thailand, and Singapore will each lose $3 to $6 billion in tourism-related revenues,” Kumar said.

For Indonesia, there’s the potential of $2.8 billion to be lost in foreign exchange earnings, the country’s Minister of Tourism and Creative Economy said on February 12.

Malaysia’s central bank already warned the country’s economy will be affected by the virus outbreak, as it will see lower numbers of foreign tourists and spending on hotels, retail, transport, and restaurants.

As a measure of the impact of virus outbreaks, Malaysia’s travel industry forfeited an estimated $1.7 billion during the SARS crisis in 2002-3, despite having only five confirmed instances, Kai Ostwald, Director of University of British Columbia Centre for Southeast Asia Research, revealed in a paper.

In other regions dominated by key Islamic economies, the GCC countries will be hit.

“In the Gulf Cooperation Council countries, the direct impact of the COVID-19 crisis would be high in the case of UAE,” Kumar said.

According to him, about 2.5 million Chinese tourists went to the Middle East in 2019, of which about 1 million landed in the UAE.

Revenue loss will intensify the drop in tourist numbers. Chinese tourists disbursed an average of $762 per person on shopping, exceeding the spending of non-Chinese tourists by 36% according to a February 2018 Nielsen report.

“However, it should also be noted that Chinese tourists comprise only six to seven percent of all travelers coming to the UAE,” Kumar pointed out.

As of February 18, the World Health Organization (WHO) reported 72,528 laboratory-confirmed and clinically diagnosed cases of COVID-19 and 1,873 casualties, of which all but three occured in China.

Among Islamic countries, the United Arab Emirates (UAE) accounts for nine cases, Malaysia for 22 and Egypt for one. According to the WHO Regional Office for the Eastern Mediterranean, three of the UAE cases have fully recovered and were discharged from hospital.

The virus outbreak has dissuaded travelers, despite no advice from the WHO to restrict travel or trade.

As of February 9, Asia Pacific outbound travel bookings, ex-China and Hong Kong, for March and April were 10.5% slower compared to where they were at the same time last year, bookings from South Asia are 11% behind, from Southeast Asia 8.1% behind, and Oceania 3% behind, according to ForwardKeys.

Nabeel Shariff, founder of the Muslim-friendly online travel agency Rihaala.com, confirmed an activity slowdown on the platform. “We have seen a 35% drop in enquiries compared to last year,” he told Salaam Gateway.

But the interest in pilgrimage packages remains robust. “With the Rihaala platform offering ‘do it yourself’ umrah options, they have never been more popular in searches for us,” said the UK-based Shariff.

He does not see hajj travel being affected this year.

“I would expect pilgrims to still visit for hajj 2020 in line with numbers seen in the past few years; it’s a once-in-a lifetime trip.”

GlobalData’s Kumar shares Shariff’s view, saying the demand for hajj is much higher than the supply.

“Saudi Arabia can manage the numbers through the quota system in place. As far as hajj tourism is concerned, I don’t see much change happening,” Kumar said.

“When it comes to umrah, in the very short term, people are going to change their plans and postpone it to later in the year,” he added.

Saudi Arabia is the largest travel and tourism economy in the Middle East, with 21 million international arrivals in 2018, according to the World Tourism Organization’s most recently available data.

In 2012, when MERS hit shortly before the hajj season, the Saudi Ministry of Health (MoH) didn’t recommend any travel restrictions.

Despite the “significant fear of the spread of this newly discovered virus”, the 2012 hajj season was “uneventful with no reported MERS-CoV cases among four million pilgrims”, wrote Dr. Jaffar A. Al-Tawfiq in a Travel Medicine and Infectious Disease journal article.

“What I would hope is that the Kingdom of Saudi Arabia implements a suitable strategy to confine the spread of not only the coronavirus if it reaches there, but the spread of other viruses commonly associated with hajj,” said Rihaala’s Nabeel Shariff to Salaam Gateway.

When revealing the 2019 global passenger traffic results this month, the CEO of the International Air Transport Association (IATA) Alexandre de Juniac said, “From our experience of past outbreaks, airlines have well-developed standards and best practices to keep travel safe.”

No flights to and from China are permitted to land in UAE territory, except all non-stop flights originating from Beijing Capital International Airport, declared the country’s General Civil Aviation Authority. These voyages are subject to additional medical checks before departure.

Pakistan continues to fly to China, operating about 41 weekly flights from Islamabad, Lahore, and Karachi to Beijing and Urumqi. Passenger screenings have been initiated at these three points of entry, states the 151-page long National Action Plan for Preparedness & Response to Corona Virus Disease issued by the Ministry of National Health Services on February 12.

According to the WHO, countries in the Eastern Mediterranean Region have scaled up their preparedness and operational readiness measures to ensure early detection and rapid response to potential cases of COVID-19 by a thermal screening of arriving passengers, active surveillance, and training health care providers on contact tracing and case definition.

Information about a country’s capability to prevent, detect, and rapidly respond to public health emergencies provides the Global Health Security Index (GHSI), which was published for the first time in October 2019. 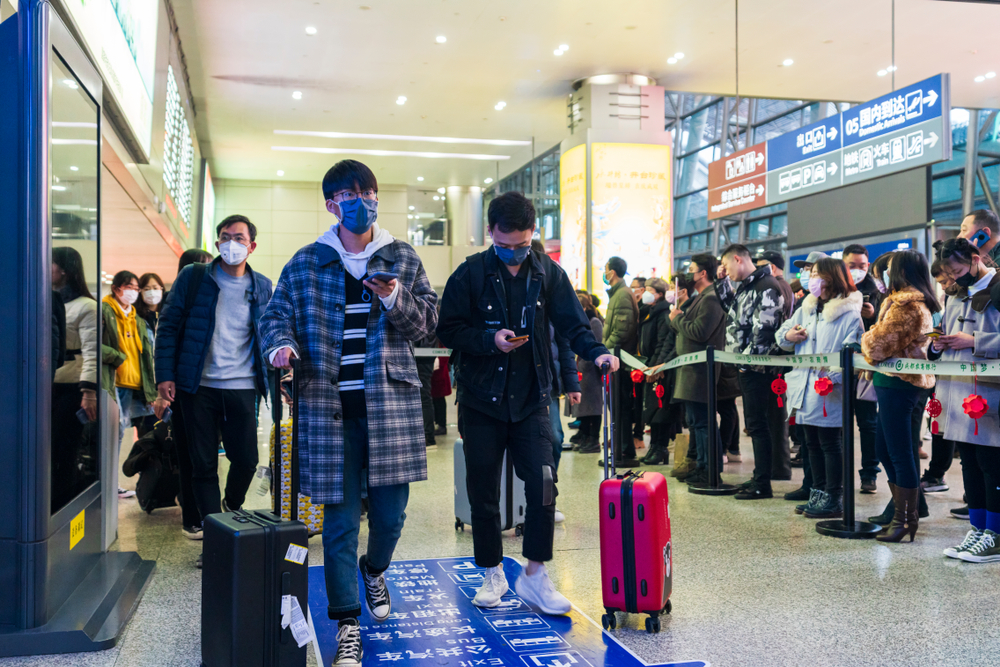 COVID-19: More than $6 bln in potential losses for Southeast Asia tourism, direct impact on UAE ‘high' - analyst
Apart from the human toll, the December 2019 COVID-19 outbreak in China has led to a significant decline in the travel and tourism sector, with the first impact felt as a result of the plunge in ou..
https://www.salaamgateway.com/story/covid-19-more-than-6-bln-in-potential-losses-for-southeast-asia-tourism-direct-impact-on-uae-high