Muzmatch may have to rebrand if it loses its appeal ( Ralf Liebhold/Shutterstock).

London: UK-based Muslim dating and marriage app Muzmatch has lost a copyright infringement lawsuit against US-based Match Group in the UK courts and could lose the ability to use its name and be forced to rebrand, pending an appeal, following a court ruling on Wednesday.

"It's a setback for myself and the team. We've been building Muzmatch for more than a decade - first as a website, then as an app. We've put our hearts and souls into it," Shahzad Younas, Muzmatch CEO and founder, said in a press release.

Muzmatch, which began trading in 2011 and officially launched in 2015, has been embroiled in a court case with Match, whose portfolio includes Tinder, Hinge and OkCupid, in the UK Intellectual Property and Enterprise Court (IPEC) since late 2021. The case included a two-day in court hearing in January from both parties.

Match, which is listed on Nasdaq and has a market capitalisation of $24 billion, accused the London-based Muslim tech firm of infringing its registered 'match.com' trademark. Muzmatch's defence was that 'match' is a descriptive English word used in matchmaking.

In Wednesday’s ruling Judge Nicholas Caddick said that whilst he took into account Younas’ evidence that in 2011, when he chose the name Muzmatch, it was not his intention to make a link to or take any benefit from the 1996 Match.com Mark, he deemed that the use of the Muzmatch Signs was that Muzmatch benefitted from the reputation of the Match Marks. “Muzmatch Signs did constitute misrepresentations in that they would have led some consumers to assume that the goods and services offered by Muzmatch were somehow connected with or derived from Match,” said Caddick.

The UK’s IPEC lawsuit is not the first time Match has lobbied legal action against the Muslim-focused tech firm. In March 2021, for example, Match filed a suit in the US (in Waco,Texas) alleging patent infringement against Muzmatch. Both parties settled in October 2021, and Muzmatch made subsequent changes to its app in November that year.

Younas said that the latest Match lawsuit only came after several unsuccessful attempts by the multi-billion dollar company to acquire Muzmatch.

"It's a disappointing result, but I'm most worried about the chilling effect in the tech industry. What does it say when a multi-billion-dollar company can use its weight to stifle competition?" he said.

This is not the first time Match has lobbied lawsuits against other platforms for infringing its intellectual property. In 2018, it sued and faced a counter suit from a Bumble, a popular dating site. Both suits were eventually dropped that year. In June 2020, both parties reached an agreement to settle litigation. The details were not disclosed.

Nevertheless, Younas said Muzmatch is still exploring its legal options but is optimistic about the company's future.

"I’m a fighter. We’ll bounce back stronger,” he said. “We're the fastest-growing Muslim dating and marriage app in the world. We have an amazingly talented team. I’ve been blown away by the love and support we've felt from our members and the wider Muslim community as a whole. Match Group won't stop us from our mission to help the 2 billion Muslims of the world connect and get married.”

Younas added that he plans to file an application to appeal to the judge at a hearing within the next couple of weeks. If the application for appeal is granted, then the overall appeal process can take up to 12 months. He said that if they lose after that then Muzmatch will be forced to rebrand.

For its part Match said in an e-mailed statement to Salaam Gateway:“We are pleased that the Court recognised what we have known to be true: that Muzmatch has unfairly benefitted from Match Group's reputation and investment in its brand and was riding Match Group's coattails for undeserved gain in this highly competitive market. We have, and will always protect the work, creativity and innovations of our employees, and are grateful that the Court recognized this and ruled accordingly.”

Since its launch in 2015, Muzmatch has seen impressive growth. The company claims to have over 6 million members globally and is present in countries including the UK, USA, Canada, France, Germany, Saudi Arabia, Bangladesh, Pakistan, India, Indonesia, Malaysia and Turkey. 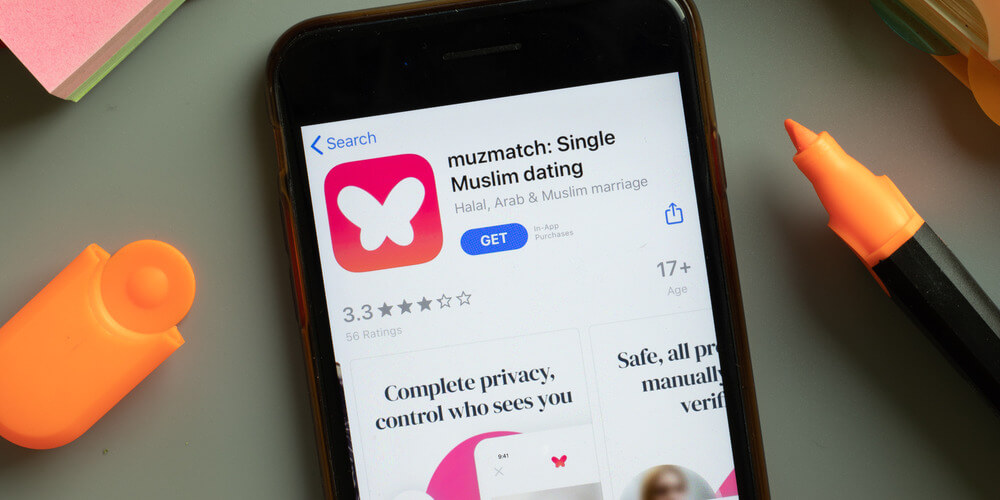