BY Shalini Seth, Media ME

DUBAI - The Dubai Islamic Economy Development Centre (DIEDC) on Tuesday announced what it calls a “refreshed” growth strategy for the next five years until 2021, after multiple sessions of stakeholder engagement, with the objective of measuring and expanding its impact on the UAE’s gross domestic product, or GDP.

The strategy consolidates the original seven pillars of the Islamic Economy into three. The initial strategy in operation since the inception of the centre in 2013 rested on seven sectors – Islamic finance; halal industry; family-friendly tourism; digital infrastructure; Islamic arts, fashion and design; and standards and certification.

The three pillars under the refreshed strategy are Islamic finance, halal industry and Islamic lifestyle.

Knowledge, standards and the digital economy are the foundations that support the three pillars.

The new strategy will be backed by clear targets, including key performance indicators, or KPIs, that measure the Islamic Economy’s contribution to the GDP of the UAE.

Sheikh Hamdan bin Mohammed bin Rashid Al Maktoum, Crown Prince of Dubai, Chairman of Dubai Executive Council and General Supervisor of the Dubai: Capital of Islamic Economy initiative, made the announcement after a board meeting of DIEDC, headed by Sultan bin Saeed Al Mansouri, UAE Minister of Economy and Chairman of DIEDC.

Sheikh Hamdan said the new strategy uses a two-pronged approach. “The first part concentrates on the development of the Islamic Economy system and includes identifying new KPIs for monitoring the growth of important sectors and measuring their contribution to the national economy.”

“The second component includes enhancing Dubai’s status as a global reference for Islamic finance, industry, trading standards and culture, and as a prime destination for halal trade and family tourism,” he added.

The new strategy was derived from a structured discussion with multiple stakeholders that facilitated feedback from local, regional and global levels among government, private sector and consulting entities.

Addressing the stakeholders, Abdulla Mohammed Al Awar, CEO of DIEDC, said: “We have achieved great milestones together in the last three years and today we are paving the way for a new era of success that will reinforce our country’s position as a leading hub in developing the future of sustainability through the growth of the Islamic economy’s sectors.”

Participants also discussed whether some initiatives should be merged with others into sub-sets. DIEDC representatives clarified that some initiatives would need to remain separate although they seemed similar, because these would be operated by different entities of the Dubai Government tasked with the responsibility of rolling them out.

Under the refreshed strategy Islamic finance is seen as a growth engine for Dubai’s as well as the world’s Islamic Economy.

“Our initiative is not just about Dubai or the UAE; it is also about the region and the world. Developing a framework for the Islamic capital markets, for instance, is of global importance and the federal government is deeply committed to that,” said Al Mansouri.

He also emphasised the importance of the Higher Sharia Board, a centralised Shariah authority that will be established by the UAE Central Bank to supervise the Shariah boards of individual banks and financial institutions. The UAE Cabinet endorsed its creation in May 2016.

“The Higher Sharia Board is the second very important initiative that will drive the growth of the Islamic Economy and it is important to make the board a global benchmark for what is acceptable and what is not,” the minister said.

Al Awar said Islamic finance is the fuel for other sectors, even as all three pillars including halal and lifestyle will always continue to fuel each other.

“Through Islamic finance, we are looking to expand the footprint of Dubai and the UAE in Islamic capital markets. With our 2017-2021 strategy, we also seek to elevate the country’s position as a global platform for educational programmes in Islamic finance and charity projects,” he said.

In a statement issued with the announcement of the strategy, Al Mansouri said that finance, production and consumption must feature in the strategy as integrated systems aligned with the UN Sustainable Development Goals – especially in terms of managing resources and preserving the environment.

“One of our main objectives is to increase the contribution of the Islamic Economy to the country’s GDP,” Al Mansouri said.

“Achieving this aim requires putting a plan in place to refine the structure and concept of Islamic Economy and enhance its competitiveness. Among the most prominent emerging trends that support our efforts are national income diversification, production and trade expansion, and a growing confidence in Dubai’s position as a global centre for Islamic industry, culture and halal products.”

The minister said the DIEDC seeks to spearhead growth, innovation and standardisation across Islamic Economy sectors. Pointing out the need for universally accepted standards governing each sector, he stressed that the UAE will focus on refining these standards in the coming years to lead their adoption on a global level.

At the workshops held to discuss the challenges of boosting the growth of the Islamic Economy, advancing its legislative and regulatory framework, and creating opportunities for sustainable investment, objectives such as creating top-of-mind recall and an innovative eco-system such as the Dubai Technology Entrepreneur Centre (DTEC) were also emphasised.

Speaking on the strategic objectives for the period from 2017 to 2021, Essa Kazim, Secretary General of DIEDC, said: “Our primary objective, in collaboration with our partners, is to make the Islamic Economy a major contributor to the growth, diversification and sustainability of the national economy. To this end, we will work on defining KPIs to measure the share of Islamic Economy and the trading volume of Islamic products within the UAE’s GDP.”

He added: “Our second goal is to reinforce Dubai’s status as a top-of-mind hub for Islamic Economy sectors and a central destination for investors in this field. The third objective focuses on developing an innovative eco-system to enhance the value-add of Islamic Economy and its role in stimulating knowledge and R&D, and encouraging projects that promote its ethics and principles.”

The multiple strategy workshops laid down the foundations for defining the goals of the refreshed strategy and establishing mechanisms to implement some of the plans launched over the past three years. In addition, they generated ideas for new programmes pertaining to select key sectors.

The aim for the halal sector is to transform Dubai and the UAE into a leading hub for halal trade and logistics services through increasing the trade volume of halal products. “Our objective is to create an environment that stimulates the halal sector with globally-accepted standards and proactive government support,” Al Awar said.

Culture, art and family tourism have been consolidated under Islamic lifestyle. Al Awar said: “Islamic lifestyle is a wide-ranging sector that includes Islamic culture with all its ethical, artistic and social dimensions. In this field, we seek to attract global talent that can help develop Dubai’s cultural identity and turn the city into an appealing destination for creative professionals across the globe looking to explore Islamic culture, art and heritage. We also plan to increase the contribution of Islamic entertainment activities to the country’s GDP and establish world-class facilities to showcase Islamic art and design.” 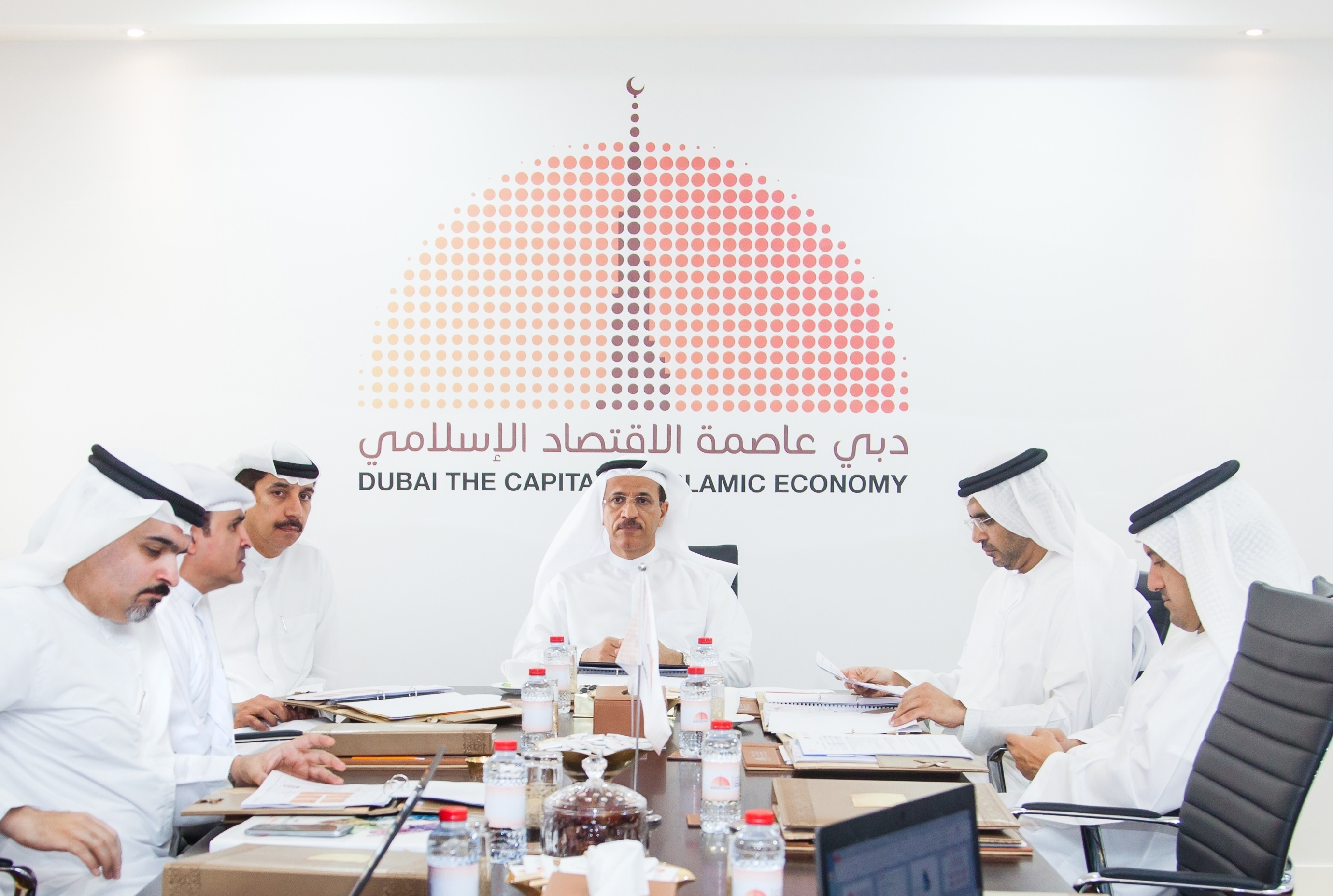