DUBAI - A year after the high-profile and extravagant opening of Louvre Abu Dhabi, which drew French and UAE government leaders and a fly-past by an Etihad A380, neighbouring Dubai welcomed a new venue by an organisation that has been slowly but surely making its mark in the world of art.

On November 11 the Jameel Arts Centre opened on Dubai’s new Jaddaf Waterfront. It is the first purpose-built contemporary art centre of its size—10,000 square metres—in the UAE that is backed by a non-commercial, non-governmental institution. The organization behind it is Art Jameel, the non-profit arm of Saudi conglomerate Abdul Latif Jameel that earned its fortunes from a diversified portfolio of interests across the Middle East.

Art Jameel may not be familiar to the mainstream UAE resident but it is a mainstay and respected institution in the contemporary art world. Three years after its establishment in 2003, the organization stamped its entrance into the art world with the Jameel Gallery of Islamic Art in London’s Victoria & Albert Museum (V&A). In 2009, it launched its flagship biennial Jameel Prize that awards contemporary art and design inspired by Islamic tradition, which has become a fixture in the global art calendar.

It has also collaborated with other notable institutions, most prominently the UK’s Prince’s School of Traditional Arts, and the Delfina Foundation, as well as the Metropolitan Museum of Art in New York City, the largest art museum in the United States.

Now with its home in Dubai, Art Jameel has set off on a new phase of its development—as a ‘customer-facing’ institution anchored by its very own real estate. Early indications have been promising.

“We’ve been thrilled with the results. We’ve had more than 13,000 people come through our doors in just one month,” Antonia Carver, director of Art Jameel, told Salaam Gateway.

“This shows there is a real hunger out there for art,” said the former director of long-running art and design fair Art Dubai.

While the three-storey Jameel Arts Centre starts to draw the masses into its curated exhibitions and commissions spaces, a members’ lounge, a rooftop terrace, a restaurant and a shop, its raison d’etre appears to be aligned with that of the foundation’s flagship, and niche, Jameel Prize.

“Quite a lot of the works that you see in the building are new commissions,” said Carver.

“That’s saying to an artist ‘we want you to give us something completely new and start from scratch, and we’ll help you in building this work’.”

The Centre shows Middle Eastern and international contemporary art, some of which will be drawn from the Jameel Art Collection that includes the works of prominent artists such as French-Algerian Kader Attia, Iranian Monir Shahroudy Farmanfarmian, Saudi Ahmed Mater, and Brit Conrad Shawcross.

From paintings made in Iran in the 1940s and photographs taken in Baghdad in the 1950s, to sculptures, installations, films, and interactive artwork, the goal with such diversity is to introduce the maximum number of people to art and to engage visitors in thinking about the artists’ works.

For instance, the exhibition Crude, which was curated by UAE- and USA-based critic and curator Murtaza Vali, considers the complex theme of oil in both historic and contemporary contexts, through the eyes of 17 artists and collectives from the region and beyond.

“We show artists from around the world, but we match them with their counterparts from the Arab world. It’s a local and international institution wrapped into one. Our opening exhibition, Crude, is all about the oil industry in the region and how artists are looking at the history and archives and contemporary reality of what oil means to us,” said Carver.

“Most of the artists come from the Middle East but there are also artists in that exhibition from Venezuela, Ireland, the UK, and the U.S. It’s about mixing international and regional artists and showing them together. We look at what the artist has to say more than where they come from,” Carver added.

To increase the awareness and understanding of contemporary art for the mainstream visitor, Jameel Arts Centre is nipping the task in the bud by targeting young people.

During the opening event, which kicked off with a dedicated children’s preview, the Centre took around 300 young people aged 12 to 14 on guided tours of the building and exhibitions.

To address this, the Centre is expanding its school program and will also be holding more public events outdoors to attract families.

“By the end of the year, we should have two to three visits from schools every week,” said Carver.

The Centre also started in November a new peer-to-peer programme called Youth Assembly that will produce art, design, research and public events geared towards youth aged 18 to 25. The program will run through April 2019.

YEARS IN THE MAKING

Art Jameel’s move from niche art institution to mass appeal was years in the planning.

“We have had an international office in Dubai for the past 10 years. Meanwhile, the new Jameel Arts Centre began building four years ago. So, the purpose of our office in Dubai was also to oversee the build and make sure we’re establishing an institution that will last for many years,” said Carver.

In the interim, Art Jameel had a space at the arts district Alserkal Avenue, from where it held exhibitions, workshops and events. The small-scale base was a temporary home for the organization until it moved into a much larger venue.

“It’s something we’ve been warming up to for quite some time,” said Carver.

Despite having strong links to international arts cities London and New York, Art Jameel chose Dubai for its contemporary art museum project, in large part because of the Middle East factor.

“Dubai seemed like an ideal city to build an international institution; there’s a great audience for arts and culture. Dubai is also the centre of the regional art market; it has the largest art fair, the biggest number of galleries in the region, but to date it had no contemporary art museum,” said Carver.

“We knew that by building a contemporary art museum we’d be able to capitalize on everything else that’s here and fill a gap,” she added.

Jameel’s work on the ground in the Middle East will not stop with the Centre in Dubai.

In its home country, Art Jameel is building a large-scale centre called Hayy, derived from the Arabic word for neighbourhood and referring to the community-oriented nature of the complex.

“We’re building a creative hub in Jeddah that should come online in 2020 and we’re doing a lot of programs with photographers and artists as well as school kids across Saudi Arabia,” said Carver.

As it grows, the work of Middle Eastern artists will remain at the heart of Art Jameel’s work.

“We have our heritage and art design schools in Cairo and Jeddah. And we’re continuing our work with the V&A in London and the Metropolitan Museum of Art in NYC showcasing Middle Eastern artists in both of those cities.” 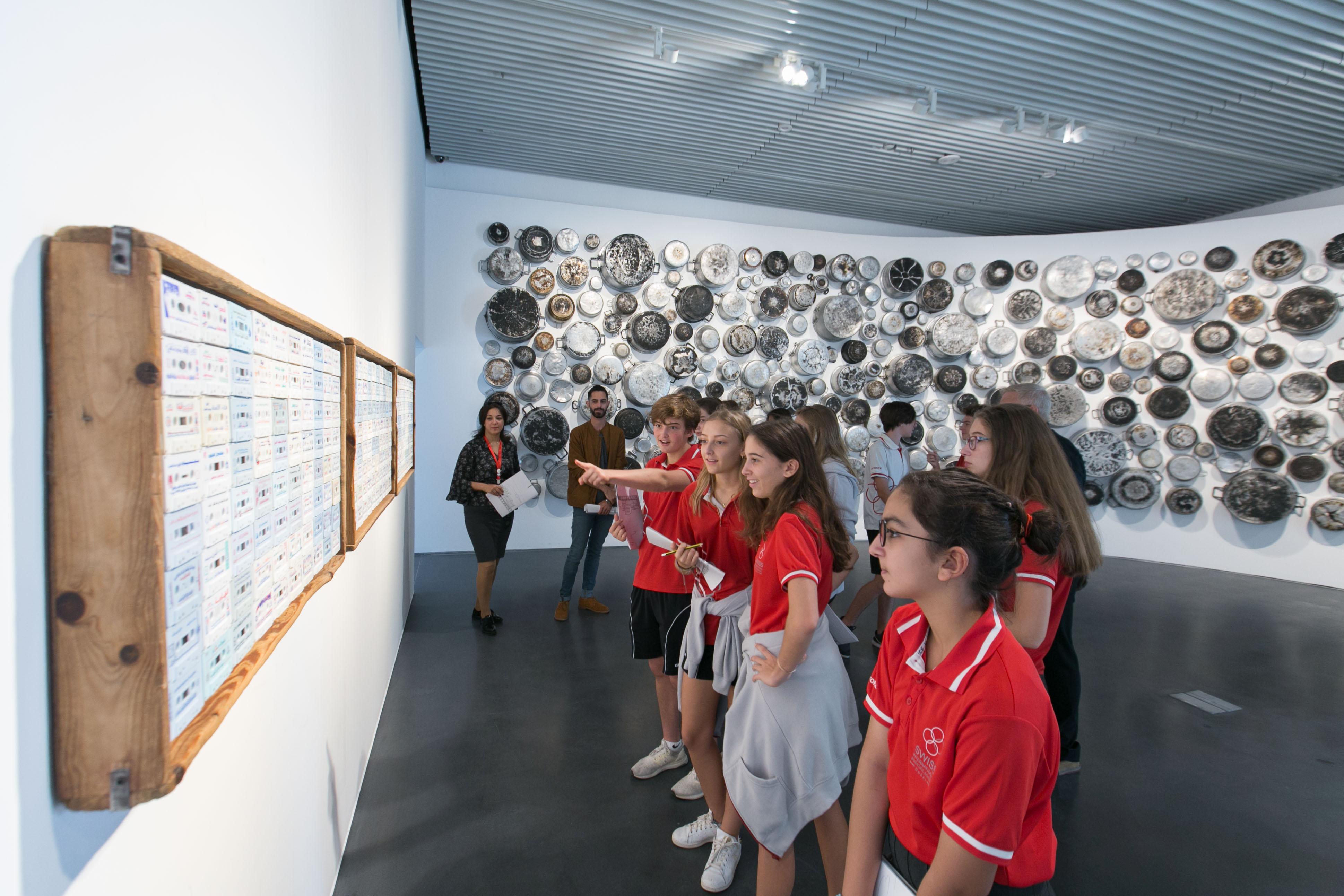