DUBAI - Islamic art is currently a buyer’s market as prices continue to stabilize since the peak of 2010, experts said at the Global Islamic Economy Summit 2016 (GIES) yesterday.

“When it comes to investing in art, it’s always a tricky discussion. Unlike bonds or stock, art doesn’t yield a dividend,” said Mai Eldib, consultant at Sotheby’s.

“There has to be something socially and intellectually rewarding when acquiring such pieces. It’s an emotional [connection] and a social responsibility,” she said.

While prices for Islamic art surged sky high in 2010 prior to the Arab Spring, the market has recently swung towards buyers.

“Right now we’re at a point where the market has very much recalibrated and prices are a bit undervalued. It’s a sweet spot for collectors who want to start collecting and acquiring both contemporary and classical Islamic art,” said Eldib.

Yannick Lintz, director of the Islamic Art Department at the Louvre Paris, shared a similar view, “Now is the time to buy Islamic art because the prices are low; we couldn’t say the same five years ago,” she said.

In the current environment mired by terrorism financing, provenance has been flagged as a critical factor when it comes to acquiring historical pieces. Buyers should find out who owned the piece and how it passed on, according to Eldib.

This applies to all forms of Islamic art, including carpets, calligraphy, manuscripts and metal works, all of which have become subjects of interest to collectors.

“If I were to tell you that an artwork comes from a small collection that doesn’t have a story to it, it’s not as exciting as when I tell you it was part of Shahbanu’s collection in Iran, a pasha’s collection in Egypt, or a fantastic house in Aleppo; all of these [origins] add value,” said Eldib.

In April, the week-long Arts of the Islamic World auction at Sotheby’s in London brought a total of nearly 5.4 million pounds through 607 lots sold, exceeding the pre-sale estimate of 3.6 million to 5.1 million pounds.

At the time, specialists cited the allure of particular provenance histories for the season’s successful results, led by a painting depicting the enthronement of Sultan Oslam II in 1618.

“We deal with two sections: Islamic manuscripts and monuments from the 14th to the 19th century and then post 1900s, which we call the modern and contemporary,” said Eldib.

London clearly accommodates a sizable marketplace for Islamic art, but awareness is still lacking in other parts of the world.

An educational session organized by the Louvre Paris’s Lintz two weeks ago in France drew more than 1,000 participants from all over the country, who were surprised to discover that Islamic art was part of French history.

“We have a lot of Islamic art in small cities, specifically in churches, which is perhaps a strange idea. I wanted to make French people understand that Islamic culture is part of their culture and goes back to the Middle Ages,” said Lintz.

The Louvre itself has helped in promoting historical artwork from the Islamic world through the galleries of the Department of Islamic Art. The section became the newest in the Louvre when it opened in late 2012.

According to Lintz, around 3,000 objects are on display in the department, spanning 1,300 years of history and three continents, from Spain to Southeast Asia.

“We’re very lucky in the Louvre because we have one of the most important collections of Islamic art in the world,” said Lintz, adding that the building is located en-route to the Mona Lisa, where 99 percent of the museum’s nine million visitors go each year.

The world’s largest museum has signed several agreements in the Islamic world to jointly develop events, including with the Museum of Islamic Art in Cairo and just last week with the National Museum of Tehran.

In the Middle East, the UAE is making commendable efforts to promote Islamic art on a global level.

Giuseppe Moscatello, director of Sharjah’s Maraya Art Centre, highlights how the non-profit gallery launched Islamopolitan in 2014 to foreground the universal dialogue between Islam and design.

The exhibition features works by emerging and established UAE-based, regional and international designers, whose practices are inspired by Islam as a design subject, rather than religious designation.

“We created an international platform which drew a lot of innovative proposals from designers and artists, and many of them weren’t Muslims,” Moscatello said.

“It’s a platform that keeps moving. Every time we go to a new destination and ask local designers to submit their proposals, so we open a bridge of communication,” he said.

The exhibition began in Sharjah, before traveling to Istanbul, Milan and Kuwait. Next week, Islamopolitan will show in Eindhoven as part of the Dutch Design Week, which will run from October 23 to 30.

From the Museum of Islamic Art in Doha, to Art Dubai, Alserkal Avenue, and Abu Dhabi Art in the UAE, there has been a notable push from the Middle East to promote art in general.

The Louvre Abu Dhabi has made great strides towards this. Established as a 30-year contract between the Louvre Paris and the government of Abu Dhabi, the agreement will see the Paris museum bring its expertise and advice on buying collections.

“It’s not easy to see the real effect on the public in a short time,” said Lintz.

“But in the Louvre’s Islamic art department in Paris, we’ve had three million visitors to date. It’s not a small number.” 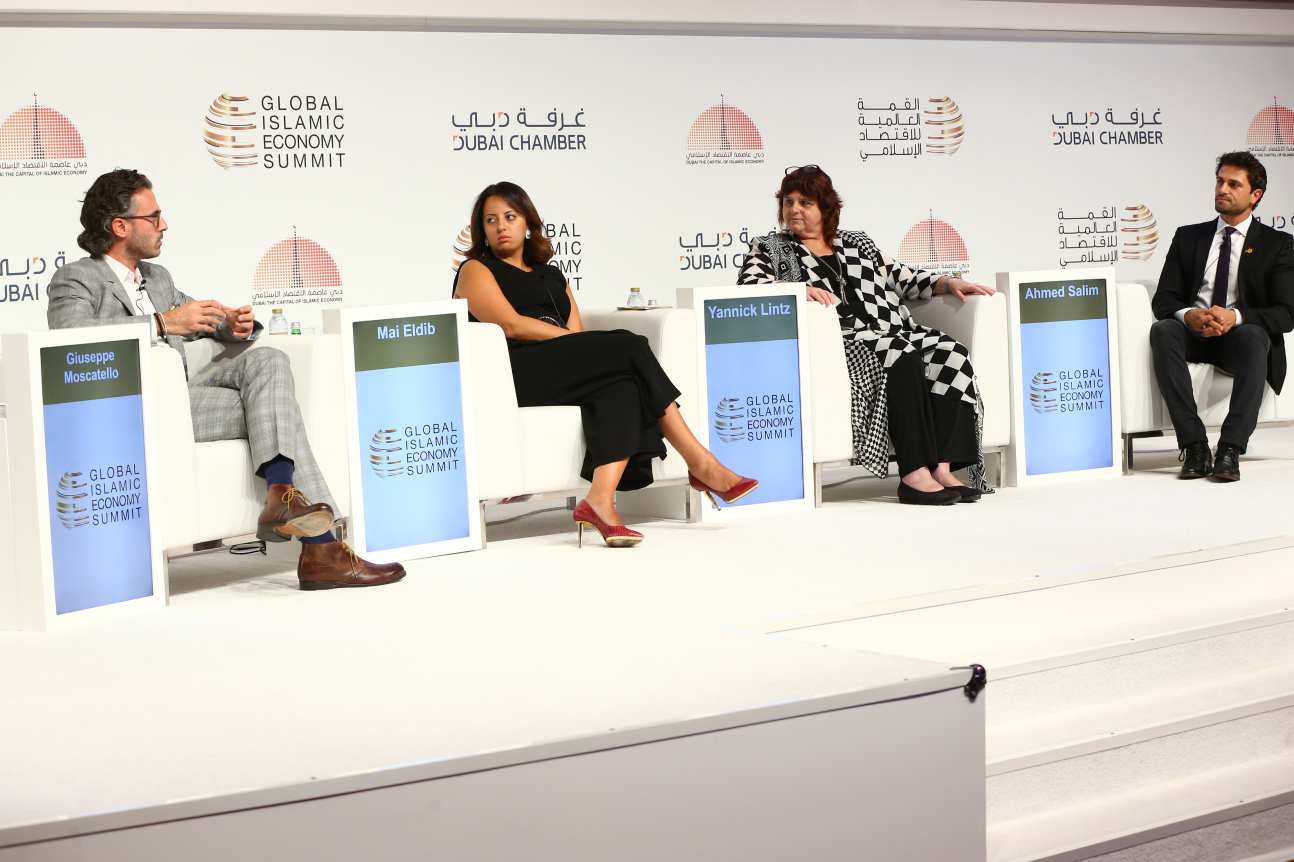