Global FDI up 3% to $1.54 trln in 2019, UAE and Indonesia biggest recipients among Islamic countries

Global foreign direct investment (FDI) flows increased by 3% to $1.54 trillion in 2019, according to the United Nations Conference on Trade and Development (UNCTAD) in its annual world investment report.

“The rise in FDI was mainly the result of higher flows to developed economies, as the impact of the 2017 tax reforms in the United States waned,” said UNCTAD, that warned of a “highly uncertain” outlook for 2020 and beyond due to the COVID-19 pandemic.

Flows to transition economies also increased, while those to developing economies declined marginally.

Transition economies saw the biggest growth, with a 59% increase in FDI flows to $55 billion.

Developed economies as a whole earned a 5% increase to $800 billion.

By geographies, Europe attracted an 18% rise to $429 billion, Latin America and the Caribbean saw a 10% growth to $164 billion but North America’s growth was flat on 0%, staying put at $297 billion.

Under UNCTAD’s categorisation, countries of the Middle East fall under “West Asia”.

Among key Islamic countries, the UAE, Saudi Arabia, and Turkey accounted for the majority of inflows to West Asia in 2019, said the UNCTAD report.

The UAE was the largest FDI recipient in West Asia, with flows of almost $14 billion, growing by a third from the previous year.

“This was largely due to major investment deals in oil and gas, primarily in Abu Dhabi,” said UNCTAD. It gave the examples of USA’s BlackRock and KKR Global Infrastructure acquiring a 40% ownership interest in the pipeline assets of the Abu Dhabi National Oil Company for about $4 billion, and Italy’s Eni SpA buying a 20% stake in Abu Dhabi Oil Refining Company for more than $3 billion.

“Abu Dhabi has supported FDI inflows to the UAE for the past few years with its streamlined procedures and capacity in facilitating megadeals,” said UNCTAD.

“In 2019, the Emirate further strengthened its commitment to foreign investment by launching the Abu Dhabi Investment Office under the Ghadan 21 programme, a broad-based initiative to enhance the commercial ecosystem, including by cultivating an attractive and diversified environment for FDI.”

Flows to Saudi Arabia increased by 7% to $4.6 billion, mainly due to a few large M&A deals.

Turkey, however, took a 35% downward hit to nearly $8.4 billion in 2019. “The slowdown was triggered by global economic uncertainty as well as weak economic growth. Unlike other major economies in West Asia, which are rich in natural resources, Turkey’s economy is more exposed to global macroeconomic conditions, which thus limited FDI flows in 2019,” said the U.N. agency.

Southeast Asia as a whole saw a 5% increase in inflows to $156 billion.

Indonesia raked in a record $23.429 billion, up nearly 14% from 2018. It is the only Islamic country in the top 20 host economies, coming in at 18th after Cyprus and before Sweden.

The country saw strong investments in manufacturing, financial services and mining, with inflows to these industries accounting for about 65% in 2019.

Investment in Indonesia’s digital economy “remained dynamic”, said UNCTAD. This is due to the “attractiveness” of the country for e-commerce and other digital operations, it said.

Malaysia will not be happy with only a 0.4% increase to $7.65 billion. “A few M&A megadeals such as in health care and mining (e.g. the acquisition of a stake in IHH Healthcare by Mitsui & Co (Japan) and in Seb Upstream by OMV (Austria)) supported the level of investment in that country,” said UNCTAD’s report.

FDI flows into South Asia grew 10% to $57 billion, largely driven by a rise for India.

FDI recovered in Pakistan last year, growing 28% to $2.2 billion after a steep 30% fall in 2018 as the country faced balance of payment challenges, according to UNCTAD.

“The growth was driven by equity investments in the energy, financial, and textiles industries, with major investors from China and the United Kingdom,” said the U.N. body.

Bangladesh FDI flows dropped by a massive 56% to $1.6 billion. The decline reflects an adjustment from a record-high level in 2018, said UNCTAD.

“The export-oriented apparel industry remains an important FDI recipient, with major investors from the Republic of Korea, Hong Kong, China and China. In 2020, the sector is expected to be severely affected by both factory close-downs and falling global demand for apparel.”

UNCTAD said that as of April this year, Bangladesh’s garment manufacturers and exporters association estimated that more than $3 billion worth of exports have been cancelled or suspended.

The continent’s biggest economy, Nigeria, suffered a huge 48.5% drop. Inward FDI to Nigeria almost halved, to $3.3 billion, due to a slowdown in investment in the oil and gas industry.

“The development of a $600 million steel plant in Kaduna state offers some evidence of investment diversification, a long-standing policy objective,” said UNCTAD.

Egypt was the recipient of 10.7% more in FDI, earning $9.01 billion. The nation is the largest FDI recipient in Africa.

UNCTAD said that economic reforms instituted by the government have improved macroeconomic stability and strengthened investor confidence in the country.

“Although FDI was still driven by the oil and gas industry, investments have been made in the non-oil economy as well, notably in telecommunication, consumer goods and real estate. One of the largest investments was by an Israeli consortium, which acquired a 39% stake in East Mediterranean Gas, an oil and gas pipeline service provider, for more than $500 million.” 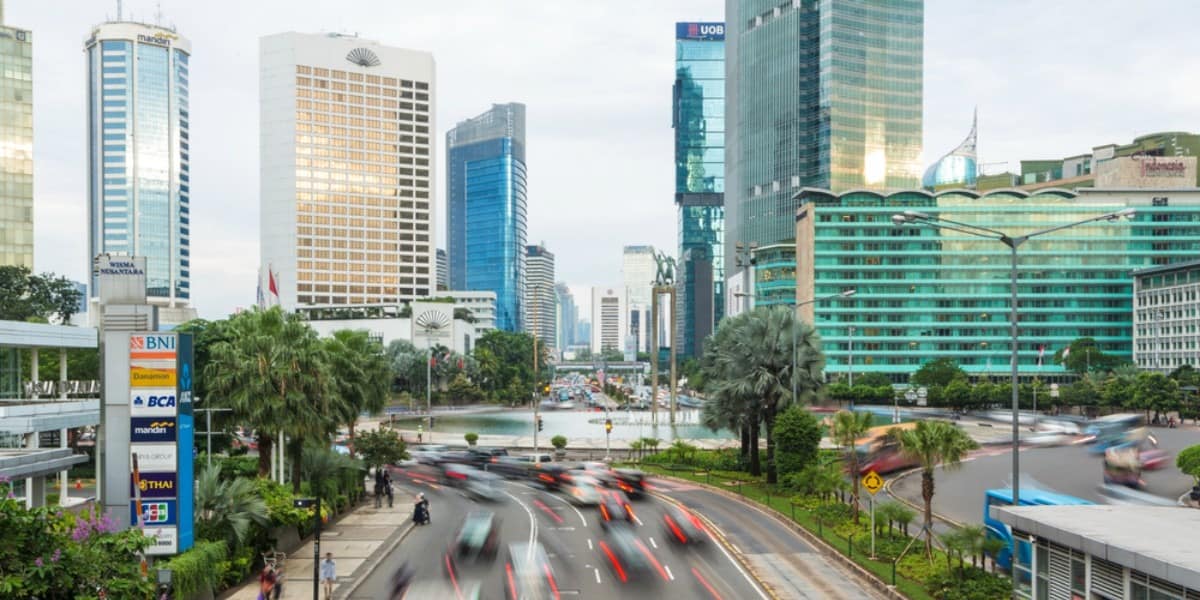 Global FDI up 3% to $1.54 trln in 2019, UAE and Indonesia biggest recipients among Islamic countries
Global foreign direct investment (FDI) flows increased by 3% to $1.54 trillion in 2019, according to the United Nations Conference on Trade and Development (UNCTAD) in its annual world investment r..
https://www.salaamgateway.com/story/global-fdi-up-3-to-154-trln-in-2019-uae-and-indonesia-biggest-recipients-among-islamic-countries