Published 10 Jul,2020 via Hürriyet Daily News - Reopening Istanbul’s Hagia Sophia for prayers will not deprive it of its identity, as it will always belong to the world’s historical heritage, İbrahim Kalın, Turkey’s presidential spokesperson, told Anadolu Agency in an exclusive interview.

Opening Hagia Sophia to prayer, as Turkish leaders have expressed interest in doing, will not hinder people visiting it, he said.

Turkey will still preserve the Christian icons there, just like our ancestors preserved all Christian values, said Kalın.

“All of our major mosques such as the Blue Mosque, Fatih and Suleymaniye Mosques, they are open to both visitors and worshippers," Kalın said.

He also cited the examples of France’s iconic Notre Dame Cathedral and Sacre-Coeur Basilica, world famous churches which are open to both tourists and worshippers.

“So a loss from the world’s heritage is not in question,” he added.

Turkish President Recep Tayyip Erdoğan has said at least 400 churches and synagogues are actively open to prayers in Turkey, he said. “The non-Muslim community has been a part of Turkey for centuries, and there is no pressure against minorities in Turkey,” he added.

Ask the representatives of our Christian and Jewish communities, they will tell you that there is no discrimination in Turkey against anyone, Kalın said.

Kalın went on to say that the history of Hagia Sophia started in the sixth century as a church, continued as a mosque, and then as a museum.

He stressed that Hagia Sophia being a museum is the most distant status of the iconic building’s three identities.

It opened as a church and after conversion into a mosque, this is what it remained for more than half a millennium, he added.

After the foundation of the Republic of Turkey in 1923, it served as a mosque until 1934, Kalın said.

Praising Turkey’s last 15 years under the ruling AKP, Kalın said: “Steps contributing to religious pluralism, peace, and stability have been taken, and historic steps made.”

Ultimate solution for Syria is to continue political process

About the current cease-fire in Idlib, northwestern Syria, Kalın said: “The Turkish-Russian joint patrols are continuing in line with the Idlib cease-fire signed by two parties on March 5. The cease-fire is being observed to a great extent, but we also see violations from the [Assad] regime from time to time.”

Citing a U.N. Human Rights Committee report that tells how the Assad regime is committing war crimes in Idlib by attacking civilians, he said: “The regime has tried to gain a position in Idlib by punishing civilians. We can say that the problem is partly under control, but the real solution would be to declare Idlib a safe zone, and act accordingly.”

Meanwhile, the terrorist group PKK/YPG still continues its activities in Syria, including Afrin, Tel Rifat, and east of the Euphrates, but Turkey simply cannot allow this and Turkish forces will continue to keep the peace in these regions, said Kalın.

In its more than 30-year terror campaign against Turkey, the PKK – listed as a terrorist organization by Turkey, the U.S. and the EU – has been responsible for the deaths of some 40,000 people, including women, children, and infants. The YPG is the PKK’s Syrian branch.

The final solution for Syria is to form a temporary government in line with U.N. Security Council Resolution 2254, and obviously the Assad regime will not do this, he added.

“The ultimate solution for Syria is to continue the political process, complete the work of the Constitutional Committee, and this should not take years,” he said.

“The [Assad] regime has done everything to sabotage the work of the Constitutional Committee, which is why its work is going slowly. This process should be completed as soon as possible. Unfortunately, the very important issues still remain unresolved in Syria due to this,” said Kalın.

Asked if he was expecting a new process in Syria, Kalın said: “What should be done in Syria is to continue the process in the framework of U.N. [Security Council] Resolution 2254, to complete the work of the Constitutional Committee, which will be meet in August, and it is important that the outcome [of the committee] will be binding on everyone.”

“The Constitutional Committee’s work should not continue for years,” he added.

Kalın accused the Assad regime of sabotaging the committee’s work, fearing a binding text from the body would not be in their favor. “For this reason, the work of the Constitutional Committee is going very slowly.”

“This work should be completed as soon as possible, and a constitutional basis that will advance the political process in Syria needs to be established, clashes should be stopped, and refugees should return to their homes in a safe, dignified way,” Kalın said.

According to Kalın, Israel’s plan to annex parts of the West Bank is illegal and amounts to a new occupation.

Turkey firmly rejects this plan and calls on the international community to do the same, he said.

“The international community should show unity on this issue, just like it did on the issue of Jerusalem. Arab countries, the Arab League, the Organization of Islamic Cooperation, the U.N., the EU, and all other organizations should show a firm approach against this,” he said.

“President Recep Tayyip Erdoğan clearly told the U.S. President Trump, Russian President Putin, German Chancellor Merkel, and many other leaders that Turkey rejects this plan. If we ignore this unlawfulness, there will be other calamities in the Middle East,” said Kalın.

He added that the Arab world has not taken a strong enough stand.

“Specifically the Arab League’s reactions fall short. There are some countries in the Organization of Islamic Cooperation who take a firm stance but we can’t say this is enough. Instead of issuing decisions against Turkey, the Arab League should focus on this issue,” he said.

“[Israeli Prime Minister Benjamin] Netanyahu is a politician who has always stated that he does not believe in a two-state solution,” Kalın said.

“He even made this the pillar of [his center-right political party] Likud in Israeli politics,” he added.

Rebuffing claims that Turkey is pursuing a “Neo-Ottoman” foreign policy, Kalın said: “These are groundless claims hoping to smear Turkey’s foreign policy. No one can show proof of this.”

Turkey has always supported legitimate leaders in all regions, including in Egypt after the late Hosni Mubarak, and in Tunisia as well, said Kalın.

“In Libya as well, Turkey has worked with legitimate actors without discriminating among political actors, without saying ‘These are Ikhwan, these are Western-leaning, or these are nationalists.’ When the war started in Syria, Turkey didn’t support the Muslim Brotherhood there, but the Syrian people. Around the world, Islam, Islamism, and Islamic movements are being used as tools to label anyone,” he added.

Turkey never has designs on other country’s lands, he said, adding: “Just as want stability, peace, a fair share, and justice for our country, we want the same for our neighbors, nothing more.” 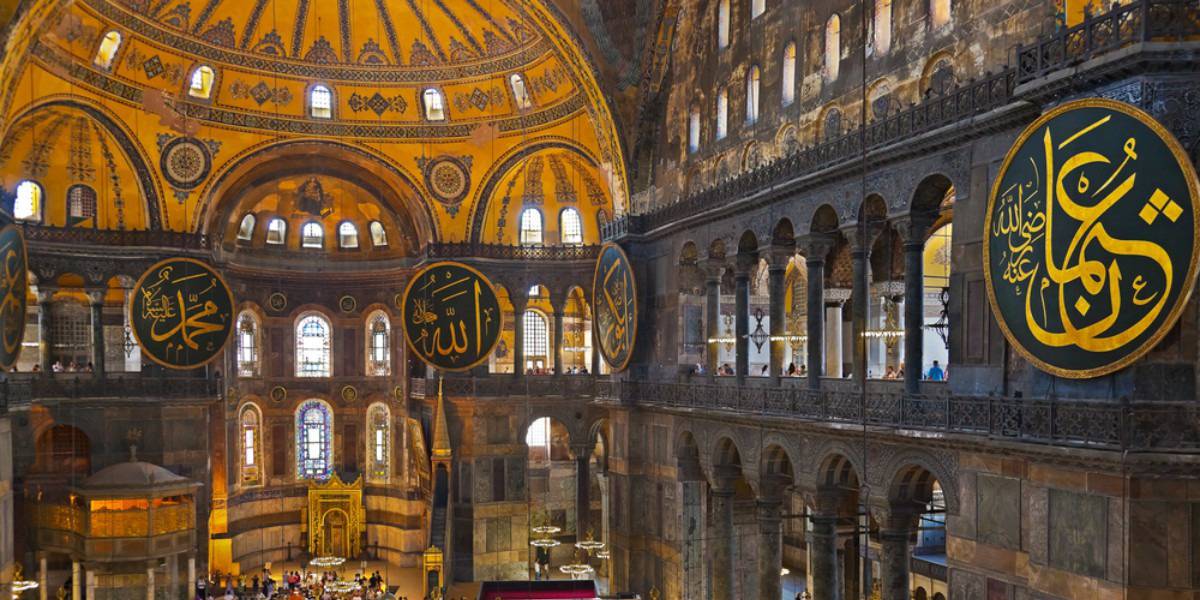