Photo: The 'tent city' in Mina, Makkah, on August 19, 2018 during the hajj season. Mina's tent city is the smallest area holding all hajj pilgrims in Makkah. Tea Oor/Shutterstock

Hajj under pandemic conditions is possible, says a new study

Saudi authorities have not announced their decision on whether or how the hajj would be held this year under a COVID-19 pandemic situation. In March, the Ministry of Hajj and Umrah issued an advisory to hajj agencies around the world to stop taking on new reservations or payments with respect to the pilgrimage, and the umrah has been suspended since the end of February. If it goes on, hajj will begin around July 28 this year, which is in less than 50 days from today.

While uncertainty still looms over whether the hajj this year will happen, a new study says it’s feasible to hold the annual pilgrimage if certain measures and methods are adopted.

“Yes, it’s possible to hold hajj this year, but with particular proportions. You have to have manageable numbers,” said Mohsin Tutla, chairperson of the World Hajj and Umrah Care Foundation (WHUC Foundation) that authored the whitepaper ‘Hajj Under Pandemic Conditions’.

Established by Hajj People Company, the WHUC Foundation is a London-headquartered non-profit organization that works towards developing a “healthier more vibrant” hajj and umrah ecosystem.

Under normal conditions, the hajj this year would welcome around 2.5 million pilgrims, about 1.9 million of whom would come from abroad. In 2019, 2,489,406 pilgrims performed the hajj, with 1,855,027 coming from outside Saudi Arabia.

The WHUC Foundation says its whitepaper is a result of interviews and surveys with pilgrims from over 80 countries, 500 hajj agents and 25 government hajj missions and consulates. The survey findings as part of the study, however, do not break down these demographics.

The study also applies a “qualification by filtration” model to come to what it believes is a safe number of pilgrims for a hajj under a pandemic situation.

It analyses some of the key issues including the ideal or manageable number of pilgrims that Saudi Arabia should host, how to arrive at that number, the process or method for distributing that number among participating countries, the health risks involved and how to mitigate those.

WHUC says it studied the capacity of key touchpoints – Mina that is constricted to 20 square kilometres, the King Abdulaziz International Airport hajj terminal at 465,000 square metres, Masjid Al Haram with 400,000 square metres – to suggest the safest number of pilgrims if social distancing is to be followed.

He said the question now is how to allocate that number among the participating countries.

“If you say we are going to give just 10% to every mission, that would be an irresponsible way of doing it,” said Tutla, adding that it should not be about a quota system but about who is ready for it.

Tutla’s organization applied a Qualification by Filtration (QBF) model that filters out the most vulnerable to select the most suitable pilgrims for a hajj under pandemic.  It uses five parameters:

A prototype of the model was piloted with the Hajj Committee of India, according to the whitepaper. The test arrived at 24,000 pilgrims from 120,000 after applying those filters. India has a hajj quota of 175,000 this year, around 125,000 of whom are on the government’s hajj committee scheme.

“What that meant is that if you apply that model throughout the world, you're going to immediately reduce the whole world's quota to 20%,” said Tutla, adding that there will also be numerous countries that will say no to sending their pilgrims, decreasing further the quota.

Tutla feels that ultimately the countries that have strong government backing will be able to participate in hajj. The top 10 hajj missions that the report considers have the capacity to send pilgrims this year are Indonesia, Pakistan, India, Nigeria, Turkey, Malaysia, UAE, Algeria, Jordan, and the Philippines. These are selected based on their readiness, willingness, feasibility and contingencies.

Indonesia on June 2 announced that it will not send any of its 221,000 pilgrims, after Singapore in mid-May cancelled the pilgrimage for its 900 citizens.

Regardless Singapore’s and Indonesia’s decisions, WHUC’s study says the entire hajj process with 10-12% capacity is operationally feasible as the tent city of Mina is capable of accommodating 275,000 pilgrims with social distancing protocols of 2 metres between beds.

“The combined ability of Saudi Airline carriers to exclusively ferry pilgrims within 10 days, brings additional confidence upon the possibility of hajj 1441H/2020 being a reality,” says the study.

The country’s hajj terminal which was built to process a maximum number of 80,000 pilgrims a day has the capacity to process 275,000 pilgrims (as forecasted by the filtration method) within four days.

In the event of sustained or rising numbers in infection rates, the study suggests that extreme filtration methods could be applied.

“At this point, a symbolic performance of hajj from various diplomatic missions would still be deemed feasible,” it states, highlighting that the first hajj in the history of Islam went on with only 1,400 Muslims.

The WHUC Foundation study suggests 28 days of quarantine for pilgrims -- 14 days before they enter Saudi Arabia and then another 14 days prior to re-entry into a domestic home population.

This would mean that pilgrims will spend 75%-80% of their hajj travel for non-hajj related activities.

“That’s going to be one of the biggest reasons why people will say they don’t want to do it this year…they go next year,” said Tutla.

Having considered the conditions of the three forms of hajj—ifraad, qiraan and tammattu—that would require 32 days and consequentially even 40 days of the pilgrimage, the study concludes that hajj ifraad minimises the number of stationary and moving convergence touch-points across the pilgrim journey. It also significantly reduces the length of stay in Makkah.

The study points out that Makkah, which accommodates over 1.8 million residents, is capable of handling healthcare needs of an additional 275,000 pilgrims during the months of July and August.

For the hajj season in 2019, Saudi Arabia’s Ministry of Health said it prepared 25 hospitals with a 5,000-bed capacity in Makkah, Madinah, and the other hajj sites. This is in addition to 142 primary healthcare centres and more than 140 mobile medical clinics. The country’s medical infrastructure treated 649,690 pilgrims in its hospitals and centres, in addition to 6,034 in-patients during last year’s hajj.

Tutla points out that Saudi Arabia suffered SARS in 2002 and MERS in 2012, so the country already has necessary equipment and healthcare professionals trained for infectious diseases.

Tutla clarified that changing hajj dates is not an option because the pilgrimage is centered around Yawm Al Arafah which is on the ninth of Dhu Al-Hijjah.

In such a scenario, Tutla accepts that everything will depend on what the health situation in Makkah would be.

He believes there could be a few possible scenarios:

“These are the four options. The fifth option is to cancel it but we know they're never going to cancel hajj,” he said, adding that even if one man stands on hajj, it will be considered hajj.

Tutla said he sent the study to the Saudi authorities. “I’ve also sent it to the Saudi Royal Commission (for Makkah City and the Holy Sites).

“The whole point of a whitepaper document is that they study it and if they have any questions, they can ask for clarity. They will take points and see what is applicable for them and then, if it is, they will apply it,” he concluded.

The whitepaper is part of a wider WHUC Foundation study titled “The Masked Hajj Doctrine” which is designed to provide solutions for preserving a healthy hajj and umrah ecosystem and to answer questions on the feasibility of organizing these events under pandemic conditions. 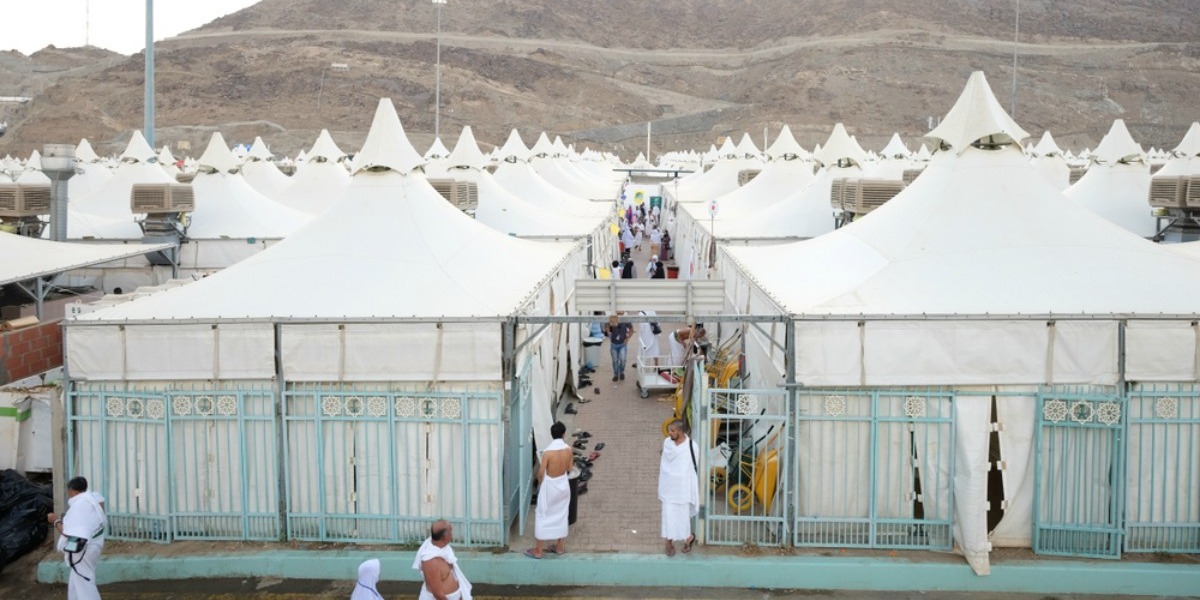 Hajj under pandemic conditions is possible, says a new study
Saudi authorities have not announced their decision on whether or how the hajj would be held this year under a COVID-19 pandemic situation. In March, the Ministry of Hajj and Umrah issued an a..
https://www.salaamgateway.com/story/hajj-under-pandemic-conditions-is-possible-says-a-new-study