Game hunting is big business in South Africa, although hunting a buffalo is expensive, costing up to nearly $7,000 (Shutterstock)

The rules may be a little vague, but the opportunities for halal game is growing as wealthier Muslims seek out new experiences.

There are no international standards for halal game, but, according to The New Muslim Guide, written by Fahd ibn Saalim Baa Hammaam (also known as Fahd Salem Bahammam) in association with Islamic scholars, “Muslims are permitted to hunt lawful animals and birds (that) cannot be easily caught and slaughtered”, so long as they are eaten.

This means recreational hunting is forbidden, but prey caught by trained dogs or falcons is considered halal in the Qu’ran, say scholars. However, The New Muslim Guide takes a stricter line: “Hunting is permitted in Islam only when necessary for food. Taking the life of an animal for sport, without intending to eat from it or otherwise benefit from it, is prohibited”.

There are also restrictions in allowable weapons: “The hunting weapon must kill by reason of its sharpness, like an arrow or a bullet” and “the name of Allah must be pronounced when the hunting weapon is discharged”, according to the same source.

If an animal is wounded, say with a stone or a trap, it must be slaughtered later according to proper halal (permissible) procedures.

Despite such difficulties, there has been a “notable increase in the popularity” of hunted wild game meat in recent years in halal and non-halal markets said researchers from the University of Milan, Italy and Michigan State University, USA although a “lack of professional supply chain” has limited growth.

That may change, indicated Mustafa Farouk, a senior meat scientist at AgResearch Ltd, a New Zealand government-owned livestock-focused biological science and development institute, given halal game provides an alternative for Muslims in European countries where animals must be stunned before slaughter, such as in Denmark.

There is no global data about halal game and in many places game meat is hunted for subsistence without official records being taken. Yet, according to the United Nations (UN) Food and Agriculture Organisation, overall global game meat production reached 1,950,395 tonnes in 2020.

Farouk, who co-wrote an academic paper about halal game, said potential halal game export markets were “mostly in Europe, Australia, New Zealand and part of Africa”. However, in the largest producing countries, people hunted only for themselves. He has “a few friends who are Muslims and hunters” who “share (it) with friends as a treat” in New Zealand.

Farouk believes “very few” Muslims hunt for themselves in Europe, and, based on his investigation, “the biggest importing countries are mostly rich European countries”.

South Africa has a wide “range of wild animals that can be hunted” and New Zealand has a well-established supply chain for hunted meat. Consequently, Farouk wants to encourage New Zealand game producers to follow halal principles to expand their businesses.

Mufti Mohamed Yusuf Seedat, general manager of the South African National Halaal Authority (SANHA) for the Gauteng region and theological representative, told Salaam Gateway his organisation works with a small number of halal game producers, but believes this sector has the potential of “huge growth in the future”.

“In South Africa, given its climate and land, game farming has become big in tourism. Therefore, the government controls which animals must be killed to keep the environment sustainable,” said Ebi Lockhat, SANHA public relations officer.

Seedat explained most hunts take place in the country’s central areas and many at night under “freezing cold” temperatures by “highly trained personnel”. In most hunts snipers are on the open-back of vehicles and occasionally animals are also shot “from a helicopter”.

Teams rush as quickly as possible to those animals and do the slaughter, ensuring they are still alive. SANHA sends supervisors with hunting teams to ensure compliance with Islamic dietary rules.

Certain procedures usually undertaken at abattoirs, such as removing the intestines, are staged in the field before the trucks are sealed and the meat sent to certified abattoirs for further processing under supervision. Thereafter, the meat is exported or dispatched for domestic manufacturing, packaging and sale.

Such requirements do not make halal game prohibitively expensive since the price relates to the market value of the source animal, said Seedat, noting certain animals, such as duiker (a small antelope) and springbok, can cost “$100 or less” to kill, transport and sell, including fees and certification costs.

However, some animals command more regulatory and processing costs, for instance sable antelope and large African buffalo, which can cost hunters Rand 100,000 ($6,691) before sale, he said, notably because they may be sourced from a restricted area that is expensive to access or the animals are rare.

“So, if you shoot the wrong one, you will pay a lot,” noted Seedat.

Demand for halal game 'steady not surging' in the UK

Muhammad Hussain Nasim, the founder of British onlinemeatshop.com, part of the 29-year-old group Noori Halal Butchers, said his company has been trying to promote halal deer in the UK. “In the last two years, we have seen a growth in just venison sales by over 100% and the sales of halal meat, namely deer and rabbit, represent at least 11-12% minimum of our sales”, he said, indicating this was “huge” in a universe of nine types of meat.

For more than two years, the entrepreneur has been working with hobbyist freelance Muslim hunters who hunt in paid “government authorised locations” in Petersfield, Hampshire; Dunsfold, Surrey; and Braintree, Essex in southern England, trusting they follow halal procedures.

They do not use bullets, rather arrows, traps or stunning mechanisms and, once an animal is wounded, it usually takes 20 minutes to find and slaughter it. This follow-up must be undertaken with care and speed, because a wounded deer can “go crazy” and “tear the human apart”, he explained.

He foresees a “steady rather than surging” halal game business since more people are becoming vegans or vegetarians in the belief this “is the way forward to help society”.

However, he argues game is a sustainable option: 100kg of cow yields 60kg of edible prime meat whereas 100kg of deer can deliver 80kg of top-quality edible meat. 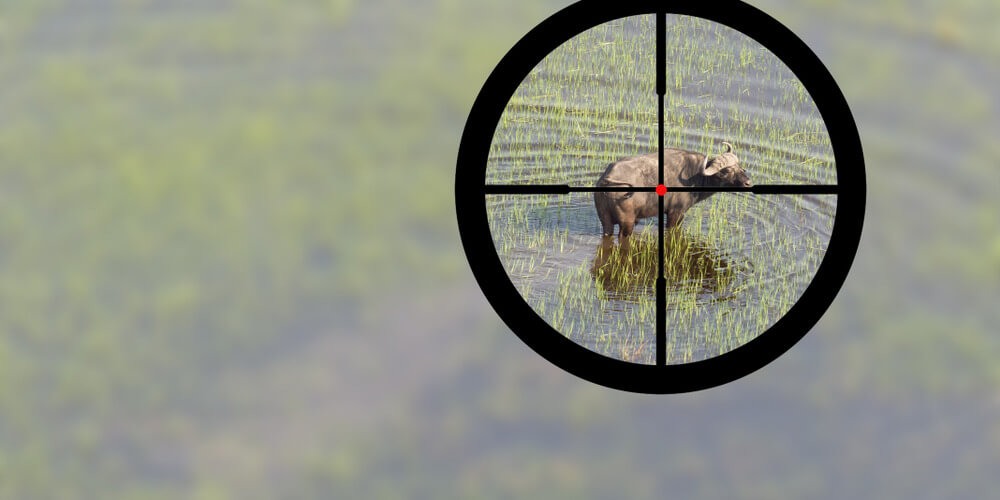 Halal hunted meat becomes a popular niche market
The rules may be a little vague, but the opportunities for halal game is growing as wealthier Muslims seek out new experiences.   Halal hunted game meat is becoming incre..
https://www.salaamgateway.com/story/halal-hunted-meat-becomes-a-popular-niche-market