Instead of paying attention to the money countries can reap by tapping into a market of almost 2 billion Muslims, halal leaders have been exercising themselves too much with certification and which Islamic school of thought should be followed, according to the recently retired head of the world’s first agency charged with developing and promoting halal expertise.

“Definitely you are talking about economic opportunities, but this is something that Muslim countries don’t really see. They can’t see past the religion,” Jamil Bidin, the former chief executive of Malaysia’s Halal Industry Development Corporation (HDC) told Salaam Gateway during a wide-ranging conversation in Kuala Lumpur.

Jamil retired earlier this year after 12 years in HDC’s top post. Prior to being headhunted by the then Malaysian prime minister, Abdullah Ahmad Badawi, the accountant and MBA-holder had occupied senior positions in corporations and government-linked companies.

Now aged 62, he plans to spend time with his young children, doing charity work and consulting for governments on their halal strategies.

“Even though I’ve left HDC, I still feel there is a lot of things that still need to be done. [With HDC] we have managed to put the platform together to get the industry moving, so it would be a pity to leave it just like that and walk away from it,” he remarked.

What he would dearly like to see is for Muslim countries to come together and devise a common standard for halal across the world, though he doesn’t expect to see this in his lifetime—or for it ever to happen.

Currently accreditation authorities and the certification bodies that subscribe to them have differences of opinion over areas such as the stunning of animals prior to slaughter and the maximum permitted levels of alcohol contained in a product. These issues cover just a fraction of the body of rules governing halal certification but they have put countries and officials at odds with each other for years. As a result, the absence of a common halal standard means additional costs for businesses and is a barrier to trade.

This is what Jamil refers to when he says the halal industry cannot see beyond religion, to the detriment of the economic benefits it could enjoy.

This has led to much of the interest in developing halal products mostly being led by non-Muslim countries that focus on the economic aspects of the segment, as he controversially put it last year.

By contrast, “the majority of Muslim countries appear to be the biggest consumers, and not producers, of halal products”.

“Halal for the past very many years has been seen as something very religious. It is an obligation for Muslims so governments hand over certification to Muslim scholars and clerics to manage it,” said Jamil.

“But while we understand and agree that there is a religious perspective that we need to take very seriously, there is also the economic perspective attached to it,” he added.

The solution, he believes, does not lie in the hands of one country, such as Malaysia, but across the Islamic world, led by the Organisation of Islamic Cooperation (OIC).

Based in Saudi Arabia, the OIC represents 57 mostly Muslim-majority member states with a collective population approaching 2 billion. It refers to itself as “the collective voice of the Muslim world” and its charter sets out to “strengthen the solidarity and cooperation among the member states”. Yet on the issue of introducing a common halal standard, it continues to fail to see the wood from the trees.

“It is the best forum for countries to discuss this industry in a serious manner. Unfortunately, for the past many years, they have been arguing about how they can come up with one single halal standard,” he said.

“If they have not been able to achieve this in 15 years, they never will.”

There is, of course, the Standards and Metrology Institute for the Islamic Countries (SMIIC), an affiliated organ of the OIC with headquarters in Istanbul, that is trying to achieve a harmonisation of halal standards. So far SMIIC’s membership comprises 37 countries, including Malaysia, leaving it far short of full consensus.

“SMIIC is still not there,” said Jamil.

“Elsewhere, the GCC countries have come up with their own initiative, GSO, which is technically another SMIIC. You are getting to see these regional initiatives, but my opinion is that if you want to resolve the halal standard issue, it lies with the OIC,” he added.

Jamil believes the solution is simple enough. Instead of attempting to harmonise all standards across every country, which has hitherto proven fruitless, OIC members should seek to have one set that applies to everything but the most contentious elements.

“The minor differences like stunning and alcohol levels can then be added as supplementary standards” that can be chosen by individual certification bodies or governments, he explained.

“At least this way you can achieve one set of global standards alongside some minor supplementary ones. But they are never going to do that.”

Jamil’s pragmatic approach of unifying the “99% of standards” that can be agreed on across the Islamic world and offering gazetted alternatives for those that are contentious is a far cry from the all-or-nothing approach that has served to stall efforts to bring halal harmony.

Even initiatives such as the Dubai-based International Halal Accreditation Forum (IHAF) and Malaysia’s own International Halal Authority Board (IHAB), which comprises authorities and certification bodies (CBs) from 45 countries, face significant challenges in their mission to unite the industry under a single standard.

The trouble, Jamil believes, lies in their geographical nature, bringing together accreditation authorities and CBs from specific countries. There is no point in an Australian CB adopting Malaysia’s JAKIM standards when its clients are exporters to China and the Middle East, but not Malaysia, for example.

“The reason these are not able to achieve a common halal standard is because they have their own borders and boundaries. This is where people are missing the point. To me, the accreditation issue does not arise unless I want to export my products to your country, so I need to be recognised by you,” he said.

This approach has led to many CBs “fighting” for the supremacy of their own approach to the contentious halal standards.

“I’ve been to many seminars and conferences around the world and that’s what happens. When you put CBs together, they start arguing. But while all these people are arguing and fighting, they should instead be looking at the stakeholders,” Jamil added.

Halal industry stakeholders are not just governments, accreditation bodies and CBs, they are also halal-certified manufacturers and Muslim consumers.

Consumers are only concerned about halal integrity, not about “what these guys are arguing about”. As Jamil puts it, “the halal label is not just an ordinary stamp, it’s a label of assurance”, while at the same time, “consumers don’t buy a logo, they don’t buy a product just because the halal logo belongs to a certain body”.

“Even here in Malaysia, people are getting confused because CBs are saying ‘our halal is better’.

“It doesn’t work. They just need someone to show that a product is halal,” he added.

For his solution to work, a single country like Malaysia or Indonesia, or an individual accreditation authority, cannot lead the harmonisation process because they are fundamentally in competition with their peers. Instead, the process should lie in the hands of the OIC collectively to represent the needs of the wider Muslim consumer market.

Doing so could even lead to the implementation of an overarching accreditation authority that is owned by OIC. On that note, the former HDC chief executive leaves the idea hanging.

In Malaysia, Jamil believes the country could have gone much further in developing its Islamic economy, and done so faster, if it had taken a more corporate approach to the halal industry.

“For the last 40 years the focus has always been religious. We have a very good certification process, but so what? What have we got from it?” he questioned.

“Certification is nothing, it is just a process to tell you this or that is halal. There are no economic returns,” he said.

Jamil had spent more than three years persuading prime minister Abdullah Ahmad Badawi that the real money comes from the business end of marketing halal products and Malaysia’s expertise globally. Eventually Abdullah acceded and set up HDC with Jamil at the helm.

“[T]he countries that are benefiting from our certification are the ones that are selling Malaysia their products,” said Jamil.

“You have to start doing business, not just the logo. If they had realised the potential much earlier, we would be seeing much bigger results by now,” he added.

The country could take lessons from Bank Negara, the central bank, and the way it has positioned Malaysia as the global centre of Islamic finance, but instead it chose to focus too closely on certification by the Department of Islamic Development Malaysia (JAKIM), according to Jamil.

“Banking and finance has gained a lot more traction than halal because it was driven by Bank Negara with its money, and then it established organisations like INCEIF,” Jamil said, referring to the International Centre for Education in Islamic Finance, which the bank set up in 2005 to develop human capital for the global Islamic finance industry.

“INCEIF went all over the world to educate people about banking and finance and then established its own university. Now they have ISRA [International Shari’ah Research Academy for Islamic Finance, founded in 2008] to do research. At the end, Bank Negara and all its agencies serve as a one-stop centre for Islamic finance.”

By contrast, the halal industry had only JAKIM to “fight its corner” until the establishment of HDC.

“Only after HDC was established [did] they start seeing it from an economic perspective,” Jamil said.

Now the halal industry needs to take a similar approach to that of Bank Negara and set out to educate more people globally about developing the industry. By having more people who understand the halal business, “there will be more people for Malaysia to do business with”, said the former HDC head. 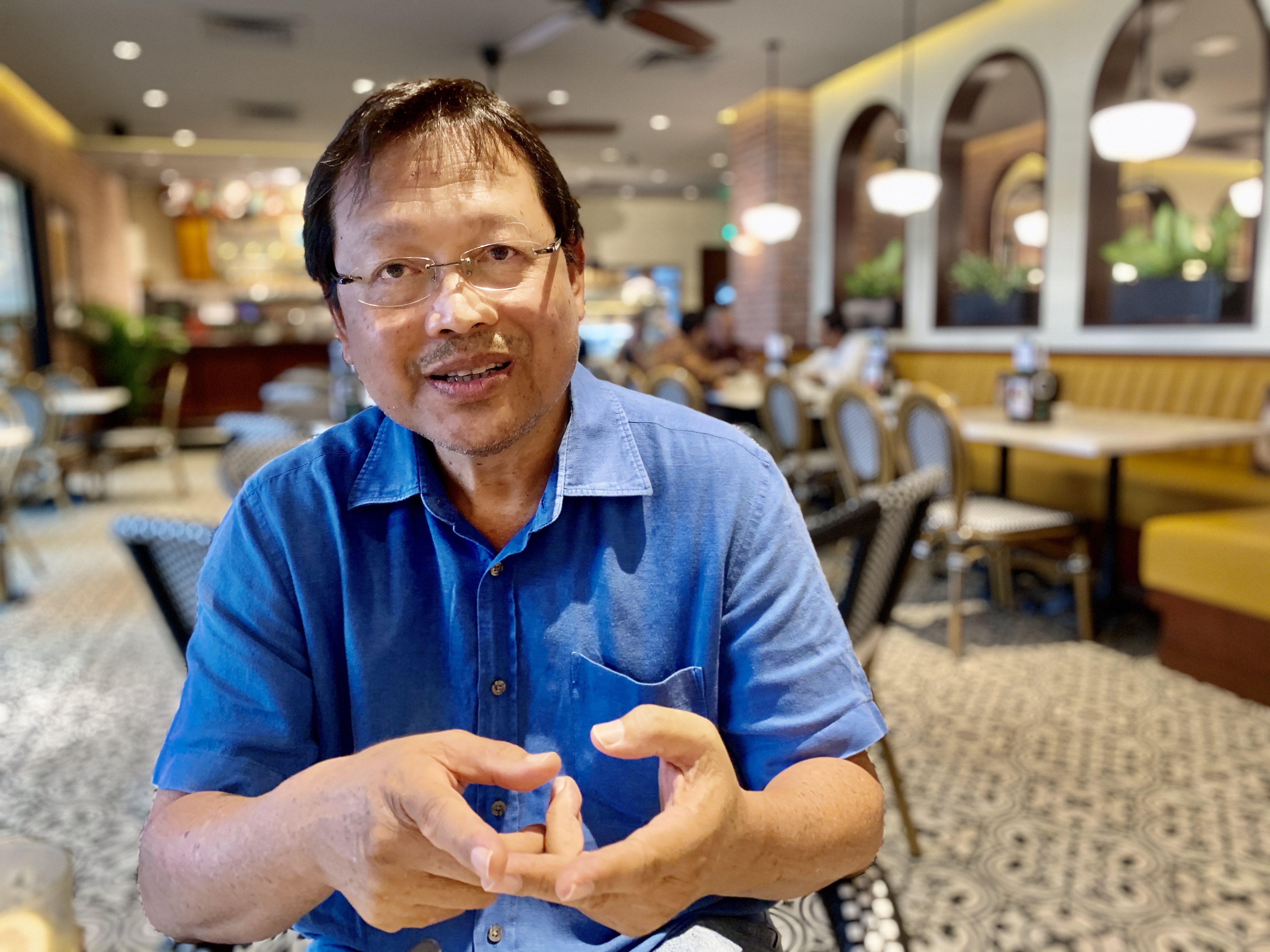 INTERVIEW-Halal industry held back by lack of customer-first commercial drive, says former head of Malaysia’s halal promotion agency
Instead of paying attention to the money countries can reap by tapping into a market of almost 2 billion Muslims, halal leaders have been exercising themselves too much with certification and which..
https://www.salaamgateway.com/story/halal-industry-held-back-by-lack-of-customer-first-commercial-drive-says-former-head-of-malaysias-ha