BY Sarah Gibbons and Poorna Rodrigo

Cybercrime and fraud on the rise as the global pandemic and the Russo-Ukrainian War accelerates.

The global COVID-19 pandemic, combined with the recent Russian invasion of Ukraine, has sparked an increase in cybercrime and fraud and exposed the halal sector – reliant on compliance with detailed production and sales standards – as a soft target.

The issue is compounded by the proliferation of halal certificates as the sector expands worldwide. However, in the light of no accepted global standard, how do ingredients purchasers, food product traders, retailers and consumers know if a certificate is genuine and whether a product sold under its name was made according to its production guidelines?

While it is never a failsafe, monitoring and tracking technology, including that using blockchain innovations, can help.

Nida Khan, the CEO of Nash fintechX, a Luxembourg-based start-up providing software solutions using blockchain and artificial intelligence (AI), told Salaam Gateway its services were useful to halal companies who had switched to remote working or a hybrid model; allowing managers to monitor compliance with halal guidelines by staff and suppliers.

He said halal certification was one aspect of these tasks.

If successful, such reliable systems considerably lowered costs when a halal company established offices and manufacturing plants globally, because monitoring could be undertaken remotely by experienced staff. Relying on a small coterie of loyal experts also reduced the risk of tampering records potentially damaging consumer trust in the product’s authenticity, she said.

In January 2021 the Malaysian government announced a mandatory use of QR codes from March last year to authenticate imported halal meat.

Senior food safety expert with India-based consultants Top Certifier Charles Kunjumon told Salaam Gateway a QR code linked to a certificate will give the details such as name of the certification body, organisation name, certificate number, validity, labelling or certification of the food purchased.

That can tell customs teams whether overseas abattoirs and processing plants have been approved by Malaysia’s department of veterinary services (DVS) and its core halal certifying agency the department of Islamic development (JAKIM), as per Malaysian import regulations.

Khan added while “QR codes are not an anti-counterfeiting mechanism,” they could direct officials, buyers and consumers to products. These details could be copied and incorporated into a QR code.

That said, such data could be checked and QR codes made more secure, though using holograms or optically variable ink, she said adding “nothing was foolproof”.

Blockchain to the rescue?

Kunjumon said this was where blockchain technology could make a difference through its secure, immutable and decentralised ledger delivering traceability of halal labelling. Blockchain technology used a chain of blocks containing data and information.

Each block consists of three parts: data, unique ID (hash) and previous hash. These blocks were linked in a peer-to-peer network and the hash changes if the information is edited, making it difficult to tamper with the information.

He said this meant once data was stored in the blockchain (a new block is created) and other participants had agreed on these details, it was difficult to change. As a block was created, a hash was automatically added and if someone attempted to alter data within a block, the hash was automatically replaced by a new one.

This caused an error in the next block as it recorded the previous hash that could be detected.

The decentralised ledger enabled a peer-to-peer network to manage the chains with each party receiving a copy of the blockchain. Every user received notification of any changes or additions to inspect the historical data.

“The technology allows transparency of information as stakeholders can trace data recorded from farm to fork. This boosts consumers’ trust in halal products,” Kunjumon said, adding integrating QR Codes within such system aided users verify a halal certificate through the delivery of details such as a certification body, organisation name, certificate number, validity and labelling.

Maximising the use of digital technologies could improve the reliability of blockchain-based systems, Khan said.

Examples were using the internet of things (IoT), oracles (links between blockchain and standard data) and smart contracts to record the supply chain and product parameters at different transformation points from farm-to-fork. This would reduce halal food fraud, she said.

“These systems are important given past and current paper-based systems can be opaque and easy to manipulate. Where these are used, a dearth of real-time recording of processes, increases doubts production follows the laws from the Quran and minimal and centralised infrastructure oversight allows manipulation of halal labelling,” researchers from Oxford University and Bina Nusantara University, in Jakarta, Indonesia said in a report.

They described the process of recording information throughout the production process as “opaque, thus prone to data tampering that is difficult to trace”.

A licence to print money for fraudsters

The tests indicated 62 (1.3%) had positive results for traces of one or more of these ingredients.

Peter Hall, a consultant with Halal Trail, highlighted the vulnerabilities at slaughterhouses regarding halal monitoring and record keeping. A slaughterhouse might falsely label a vet-certified sick animal as healthy, misleading supply chain participants. However, if a farmer or a vet had been honest and logged the problem, this fraud by a slaughterhouse would be picked up via a blockchain system.

He said this underscored the value of blockchain within lengthy supply chains covered by halal certification processes.

“Blockchain can isolate problems regarding product recalls or halal standards for certification and can give quick answers about the halal status of products or processes,” he told Salaam Gateway.

He said companies have lost millions of dollars in lost sales globally through such problems. Halal cases were noticed in Muslim countries through internet-based media and Muslims may boycott products associated with halal fraud. Corporate reputations, he said, could be protected by blockchain technology.

“The beauty of blockchain is you can transform from the product approach to a supply chain and value chain approach to meet new requirements,” he said.

Naturally, for such developments to bed in, tighter controls on land crossings, seaports and airports involved in halal transportation logistics were needed. Tieman said the International Maritime Organisation (IMO) and International Air Transport Association (IATA) had yet to develop specific codes relating to halal freight, meaning certified products could be mixed with haram goods, potentially invalidating their strict halal status.

"There's a need for standards there," he told Salaam Gateway, stressing how blocks on a distributed ledger system could verify if halal procedures had been followed at distinct stages throughout the supply chain.

The same was true, he said, for e-commerce distributors who may offer halal goods, but failed to install appropriate halal logistics standards. Ultimately, a consensus was emerging that – as researchers from the Italian universities of Bari Aldo Moro, Turin and Foggi had said – the implementation of blockchain technology was “an instrument to increase the trustworthiness and traceability of halal foods”. 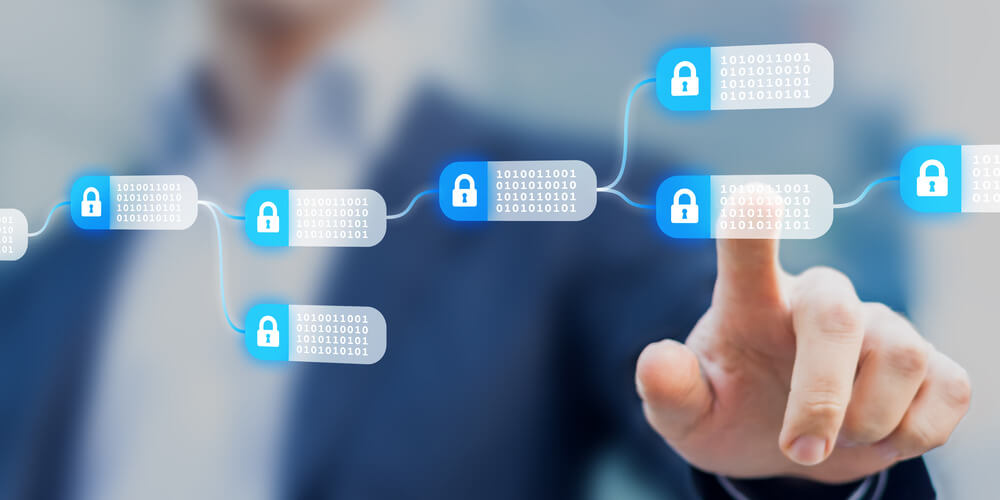 Halal sector a soft target for commercial criminals
Cybercrime and fraud on the rise as the global pandemic and the Russo-Ukrainian War accelerates.   The global COVID-19 pandemic, combined with the recent Russian invasion..
https://www.salaamgateway.com/story/halal-sector-a-soft-target-for-commercial-criminals