In a bid to accelerate the growth of the country's Islamic finance sector, Indonesia president Joko Widodo announced last week the new National Committee for Islamic Finance (KNKS) will appoint six professionals to serve on its executive board. The goal is for Islamic finance to reach at least 15 percent market share by 2023 from around 5 percent currently.

At the end of 2016, Islamic banking market share stood at 356.5 trillion Indonesian rupiah ($26.7 billion), equivalent to 5.03 percent of the total banking sector's assets.

Islamic banking assets have risen faster year-on-year compared to conventional banking, registering growth of 8.8 percent in 2015 and 20.3 percent in 2016.

In June this year, the government released plans of seven strategic programmes as part of the 10-year roadmap, which includes initiatives to strengthen capacity of Islamic financial institutions and increasing the availability and variety of Shariah-compliant financial products.

Most recently, the government announced the establishment of a new haj fund management agency (BPKH) that will take over the 95.2 trillion rupiah ($7.14 billion) fund from the government.

President Widodo hopes the national Islamic finance committee will be able to channel haj funds into Islamic banks and is pushing BPKH to make investments in infrastructure projects to help plug a funding gap of $500 billion. 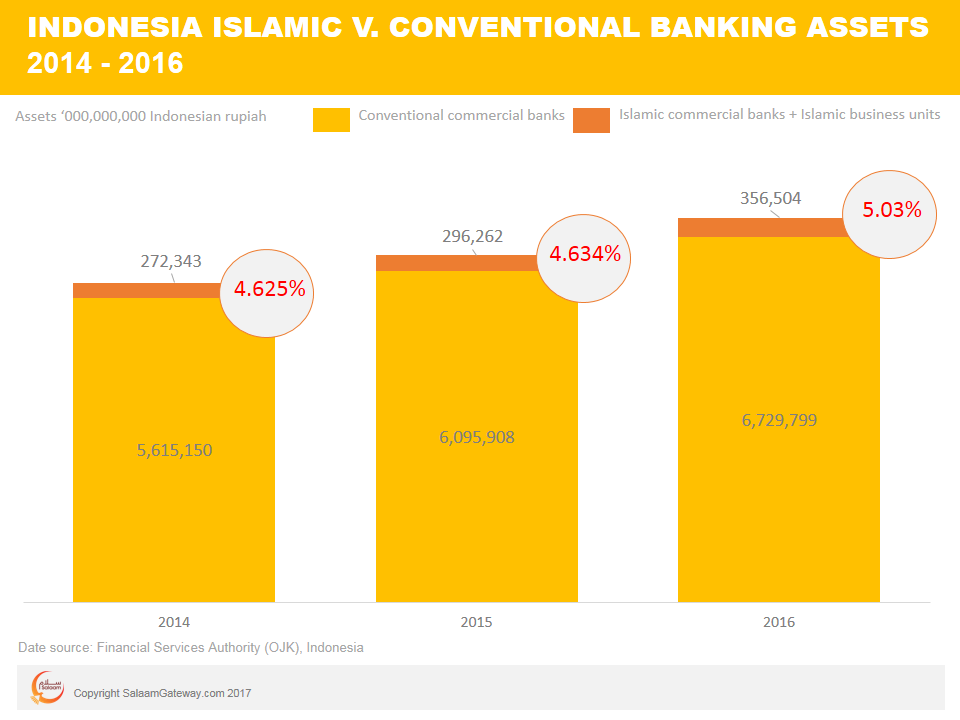 How will Indonesia’s Islamic banking assets market share hit 15 pct by 2023?
In a bid to accelerate the growth of the country's Islamic finance sector, Indonesia president ..
https://www.salaamgateway.com/story/how-will-indonesias-islamic-banking-assets-market-share-hit-15-pct-by-2023