Impossible Pork, a plant-derived product, is seeking halal certification, according to the manufacturer, but it is not clear if certification will be forthcoming.

California-based Impossible Foods released its pork substitute at the beginning of the year. The company’s earlier product, the Impossible Burger, was at the end of 2018 halal-certified by the Islamic Food and Nutrition Council of America (IFANCA) under regulations set by Malaysia’s Department of Islamic Development (JAKIM).

“We will seek halal and kosher certification as we did with the burger,” an Impossible company spokesperson told Salaam Gateway in an email.

IFANCA would not reveal whether it will certify Impossible Pork.

“We do not comment on pending applications for halal certification, but we can confirm if a product is certified or not. We are certifying the Impossible™ Burger,” said IFANCA in an email to Salaam Gateway.

“We have not certified Impossible Pork,” added IFANCA.

While pork is haram (not permissible) under Islamic law, plant-based alternatives to pork may not contain any haram ingredients.

It is an opinion echoed by other certification bodies.

The UK’s Halal Trust, a certifying body, said it would not grant halal certification to a plant-based pork substitute like Impossible Pork.

“I would never certify it even if it is technically halal, because the word “pork” could create problems and confusion,” Shoeeb Riaz, operations director at the Halal Trust, told Salaam Gateway.

“Would most Muslim consumers’ reaction be positive or negative? And once the genie is out of the bottle, where would you stop?” he added.

IFANCA clarified its policy: "In general, we do not certify products whose names contain certain words that are normally associated with haram products, such as pork."

Riaz said it would be a controversial move for IFANCA to certify Impossible Pork.

“Why would IFANCA want to certify a product which has the word pork in it? It would delegitimize themselves amongst Muslim consumers,” he said.

Phuture Meat, a Malaysian food start-up that launched a plant-based pork last year, was the subject of media scrutiny following reports claiming the product was halal.

The company denied it was seeking halal certification. “We are currently 100 percent focusing on the Chinese market,” Phuture’s co-founder, Jack Yap, told Salaam Gateway in August. 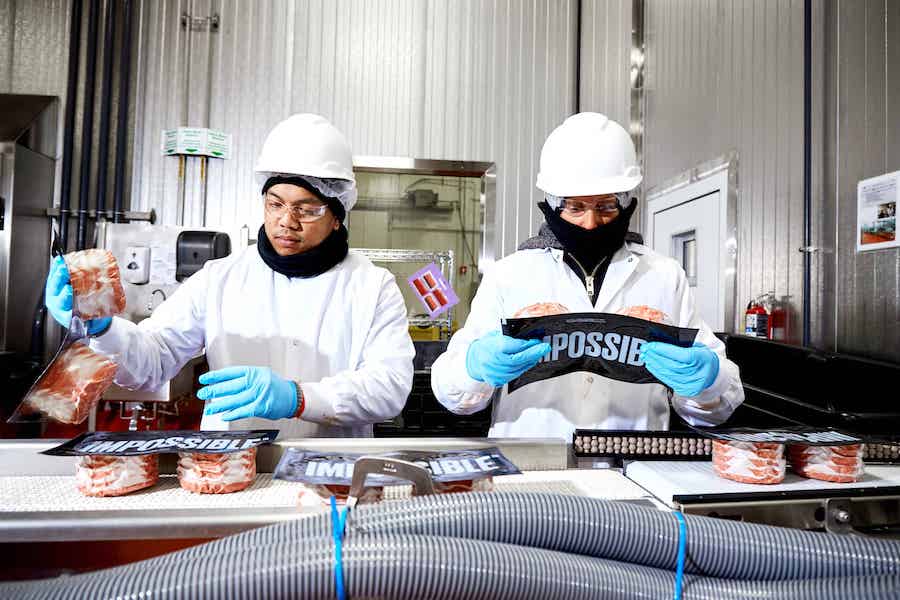