Exports are up by more than 50% over the past two years while local consumers, including non-Muslims, are increasingly demanding halal certification for hygienic reasons

Mumbai: Halal food exports from India are growing fast, according to a key Indian certification organisation, with domestic consumers among India’s 200 million Muslims also being increasingly demanding about halal standards.

According to Faiyaz Khan, master food technologist at certification body Jamait-Ulama-I-Hind Halal Trust, the volume of certified halal food exports from India have grown by more than 50% over the past two years. He told Salaam Gateway that there has also been a 25% to 30 % increase in the demand for halal certification within India over the past two years: "The demand has largely come from restaurants and hotel chains who are looking for proper certification because now the customers are not satisfied with verbal assurance alone."

Talking to Salaam Gateway, Mufti Tahir, general secretary of the Halal Council of India, said key halal meat importing nations, such as Indonesia, Malaysia and the Gulf countries increasingly insist on halal certification from Indian exporters. As for Indian consumers, the vast majority of whom are not Muslim, “Halal is synonymous with being healthy and hygienic,” said Tahir, so “even large sections of non-Muslims (within India) prefer halal meat for reasons of hygiene and health.” The fact that halal meat is prepared by draining away blood, encourages Indian consumers to think impurities have been removed: “In fact, the motto of Halal Council of India is ‘Eat healthy, think better,’” Tahir said.

Internationally, Indian meat is in demand especially for its low fat, low cost buffalo meat, farmed instead of beef cattle, considered sacred under India’s majority Hindu faith. Indian buffalo meat prices are competitive–ranging between $2,800-$3,400 per tonne compared to $5,000 to $7,000 per tonne supplied by other exporters.

India’s top export destinations for buffalo meat include Vietnam, Malaysia, Egypt, Indonesia and Iraq, according to a US Department of Agriculture (USDA) report, released in September. More than 50% of India’s buffalo meat exports head to Vietnam, of which around 80%-90% is rerouted on the grey market to China, with much exported via Hong Kong. Official direct Indian beef and buffalo exports to China are restricted because of food and mouth disease concerns. Buffalo meat production in India during 2021 will increase to about 4.1 million tonnes, according to the USDA report, up 8% from the previous year.

To ensure quality standards, the Indian government mandates halal exporters sell buffalo meat from slaughterhouses and meat processing plants recognized by the Agricultural and Processed Food Products Export Development Authority (APEDA). There is no such rule for domestic sales. This has strengthened halal meat’s reputation for quality, which is important given meat-eating Indians prefer to buy fresh meat rather than frozen or processed. It has also helped Indian halal food sales withstand the Covid 19 pandemic, partly hit by a misconception in India that meat consumption helped spread the disease. Production was also hit by labour shortages, with migrants fleeting cities to return to their home villages to escape the disease.

Saif Ali Raza, proprietor of Mumbai based S A Traders, which supplies halal meat to restaurants in Mumbai, Pune and Goa, told Salaam Gateway that there was a 50% drop in demand last and early this year because of Covid lockdowns. Demand is now recovering, he said, with restaurants and hotels preparing for a near normal tourist season.

Looking ahead, said Tahir, halal may benefit from Covid-19 as a renewed focus on health and hygiene across India should increase sales because of halal’s reputation for cleanliness and quality. As a result, certification bodies will need to perform efficiently.

The Delhi-based Jamait-Ulama-I-Hind Halal Trust is the prime halal certification body in India. It operates with seven offices in different regions across the country to provide halal certification to restaurants, hotels, hospitals, processed food manufacturing units, slaughterhouses and other halal services. Its master technologist Khan said that there was a need to evolve halal standards for India. While they follow the halal standards of food importing nations, Indian consumers can never be sure if halal labelled products in India are truly halal: “The awareness is rising among the elite, who are reading the labels of ingredients on the packaging very carefully, but the common man is not really aware of whether the ingredients that go into their bakery of confectionary are halal or not,” Khan explained.

There is a need for certification of the ingredients that are either directly consumed by people or consumed as ingredients in the products that people consume, said Waseem Qasmi, the coordinator of the Jamait Ulema Halal Foundation, another certifier, based in Mumbai. He told Salaam Gateway that ingredients used to make Indian halal confectionery and bakery are regularly certified by foundation exports. “We certify oils for the Adani group [owners of popular Fortune brand of edible oils in India], Parle and Britannia companies, both leading manufacturers of confectionery and bakery items in India, use ingredients that are certified by our organisation.”

Tahir said most Indian demand for halal certification comes for food products and the certification procedure is stringent. He cites the example of Venky’s, a well-known brand for poultry that is sold domestically and exported: “Our inspectors are present on the floor at the time of slaughtering of chicken.”

Tahir also noted that there are also growing requirements for halal certification of vegetarian foods, with at least 25% of India’s population being vegetarian. While most of these are Hindu or Jain, many Muslims (who are generally meat eaters) are happy to also eat vegetarian food because it is likely to be halal given vegetables are always halal: “Around 80 percent of the time, a green label would make a product halal,” said Tahir, citing the Food Safety and Standards Authority of India approved vegetarian products. “But these foodstuffs may contain cheese and butter, so consumers read the ingredients carefully and check whether the rennet used for the cheese or the fat used in butter is permissible or not.” 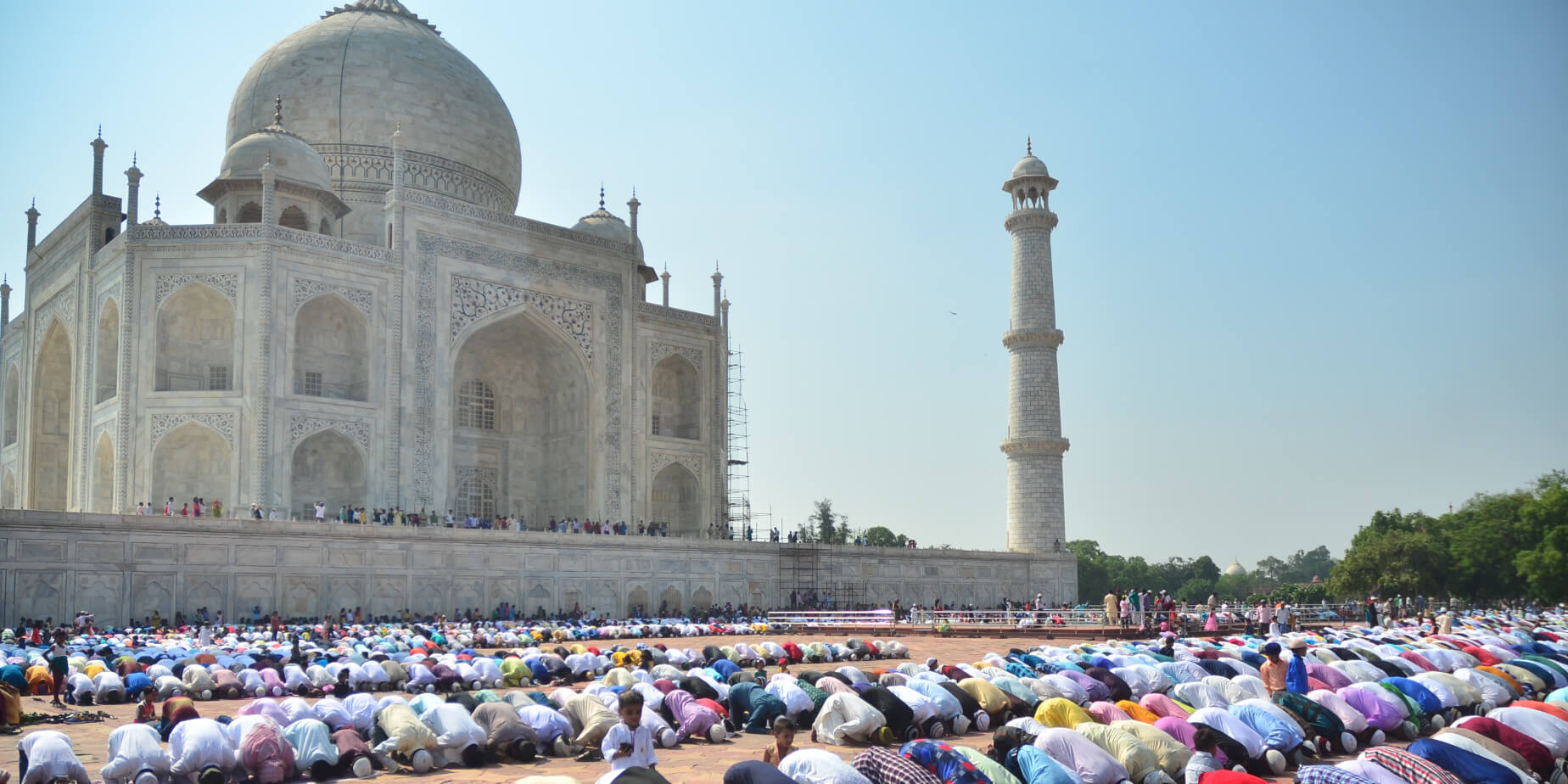 India’s halal food industry sees major growth in export and domestic markets
Exports are up by more than 50% over the past two years while local consumers, including non-Muslims, are increasingly demanding halal certification for hygienic reasons  &nbs..
https://www.salaamgateway.com/story/indias-halal-food-industry-sees-major-growth-in-export-and-domestic-markets