The average occupancy rates hover between 10% and 30% of pre-COVID 19 levels, he said.

Sofyan, who is also president commissioner of public listed company Sofyan Hotel, attributes the very slow recovery to the absence of dedicated stimulus packages to boost corporate and government spending. The government segment represents 60% of total hotel income in secondary and tertiary cities and 30% in in primary cities like Jakarta and Surabaya, according to him.

“Since the lockdown in March, we are facing zero income. Unfortunately, the fiscal stimulus in the national economy recovery programme, through a debt restructuring, only prioritises micro, small and medium enterprises, and its realisation is very slow,” said Sofyan.

“In early April, the government decided to give 123.4 trillion rupiah to MSMEs and 44.5 trillion rupiah to corporates as fiscal stimulus in the form of interest subsidy, loan restructuring guarantees and bridging loans for working capital and guarantee service fee. But until now the disbursement is very far from expectation, only 22.7% for MSMEs and zero delivery for corporates,” he said.

Sofyan said help has been wanting for halal hotel operators such as his Sofyan Hotel with regards working capital loans or easing bank loan repayments, for instance.

The business is facing increasing cashflow challenges as it earns income from only 50% capacity but is faced with expenses that have not been reduced. These include overheads such as fixed charges for electricity of around 25 million rupiah per month for a hotel with 100 rooms (500 kVA), land and building taxes of around 1 billion rupiah per year, building maintenance and insurance, and salaries for employee and directors as well as auditors for general meetings. New expenses also have to be paid, including those related to health protocol facilities such as purchasing masks, thermometer guns, social distancing signs, and swab tests (PCRs).

“We have to overhaul our business model, eliminate every single overhead cost and add more variable costs, and increase partnerships so we can share the cost,” said Sofyan.

“I believe this sector will need more time to recover even once the vaccine is discovered and consumer, corporate, as well as private and government sectors regain their purchasing power. The confidence level for travel and staycations is not as strong as before,” he added.

The tourism ministry said in June the industry would not recover to pre-COVID 19 levels until at least 2024. It drastically revised down its expected tourist numbers to between 2.8 million and 4 million, with the numbers rising to between 4 million and 7 million next year. 16.1 million tourists visited Indonesia in 2019.

“The problem is, unlike other sectors that have liquid assets, such as travel agents that can easily pivot to other businesses such as producing masks, selling staple food and so on, our assets are mostly (95%) fixed and our cashflow reserves can only last for three months,” he added.

Sofyan believes Indonesia’s current fiscal stimulus is unfair on the tourism sector, that contributes to the national economy as the second largest foreign exchange earner.

He gave a comparison with HalalBooking.com in the UK that received a loan of 1.6 million pounds from a government COVID-19 scheme. In Southeast Asia, Singapore’s authorities waived license fees for hotels, travel agents and tourist guides, and gave a 30% property rebate for licensed hotels, among other financial assistance packages for businesses in general.

The chairperson of the Indonesia Halal Lifestyle Center (IHLC), Sapta Nirwandar, told Salaam Gateway there are six factors that could accelerate the recovery of the country’s halal tourism sector.

“Currently halal hotels are in the very early phase of recovery. Once the real recovery comes, they will grow again but it will require some modification from halal hotel operators such as contactless systems, online check-ins, health tests and certifications for employees, use of disposable plates instead of buffet style, and there should be shared responsibilities among hotel operators and customers,” he said.

Nirwandar added that in addition to amenities and facilities, access is also a critical aspect for recovery.

Hotel operators should work with transportation authorities such as for airports, train stations and bus terminals to ensure and monitor the implementation of safety protocols, he said.

*Correction: A correction was made in the first para, from Indoneisa Sharia Hotel and Restaurant Association to the Indonesia Halal Tourism Association, to reflect the recent change in the name of the association. 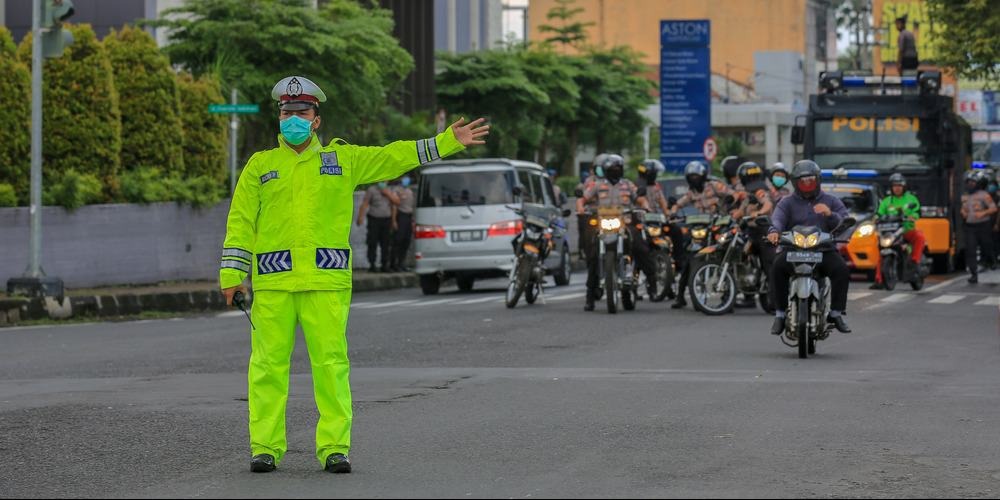