Is it time to rip off the ‘modest’ and just call it fashion?

Irish retailer Primark’s recent launch of an autumn/winter “modest collection” sparked mixed reactions on social media. The low-cost fashion retailer said its collection was designed for those who want to be more covered, with pieces featuring longer sleeves, higher necklines, and lower hems.

While some expressed how much they love the new line, others asked why there was a need to separate it from other collections.

Do we still use the term "modest fashion"? https://t.co/zvzJJeD5V7

I mean where do I start? Why is there this need to separate ‘modest’ clothes from normal clothes??? Also I will be interested to know who’s made your clothes, the fabric material used and how much you’ve paid the garment workers that’s produced this ‘modest collection’.

Is it time we drop the modest and just call it fashion?

“A number of Muslim women would prefer modesty be seamlessly integrated into the main seasonal collections of fashion brands, as separating them and labelling them as “modest” may set them apart from mainstream fashion and further alienate Muslim women,” said Hafsa Lodi, a Dubai-based American journalist who has been covering fashion in the Middle East for the last decade.

With the popularization of modest fashionistas on Instagram, Muslim women–through layering and styling–can now take any article of clothing and integrate it into a skin-covering outfit. Separating certain garments as “modest” is thus no longer necessary, according to Lodi, who is author of the book “Modesty: A Fashion Paradox”.

“Most Muslim women shop from the regular sections of mainstream stores and are simply savvy with their styling – they don’t require detached “modest wear” ranges while shopping,” she said.

Modest fashion as a market term emerged in the mid-2000s with a number of brands and because of the designers and creative entrepreneurs who themselves were religiously motivated, according to Dr. Reem Tariq El Mutwalli, founder of Zay Initiative, the Middle East’s first fashion-history archive.

“Modest fashion is a big business and there are major opportunities for brands and retailers to tap into this growing demographic. These are often tech-savvy women who are searching for clothes that cater to their unique trends. E-commerce has jumped onto this market and dominated it. That’s why we see the term being used so extensively and maybe overused to a certain extent,” said Dr. El Mutwalli.

The industry grew organically, fueled by e-commerce and social media.

“Different markets, brands and influencers are all competing to get a piece of the pie and they’re using this term to help them reach as many people as possible,” she added.

“Modesty” has been a big buzzword within the fashion industry. However, as more fashion names acknowledge this market segment, some believe it is now time to normalize it.

“While these were largely celebrated by Muslim women around 2016-2017, seemingly marking an attitude of inclusivity, diversity and religious tolerance by fashion brands in the West, now, in 2020, many Muslim women feel that we’ve progressed beyond this stage, and that the word “modest” is no longer needed as a descriptor for these collections.”

At the same time, every person has their own idea of what  modesty means to them, which runs alongside personal preferences and style choices. It is impossible to generalize Muslim women’s dressing preferences because they are not a homogenous demographic.

Sakina Antelawala, designer at modest fashion online store Kashkha, shares a similar opinion, saying that to compartmentalize anything in fashion would be stifling.

While “modest fashion” emerged as a response to a market gap, she believes it now needs to be integrated into the seasonal clothing ranges of all brands, and not considered as a separate range.

“That way, the same dress or outfit would be desirable or available for a lady who prefers a modest way of dressing and it would be the same for someone who is comfortable wearing all types of clothing. To have an inclusive approach and attitude is more progressive,” said Antelawala.

But others argue for “modest” to be retained.

Ahmed Zedan, COO and co-founder of New York-based Haute Hijab told Salaam Gateway he believes the “road to normalization is still early”. “We just passed the novelty phase. We still need to get to interest and adoption – not an easy task,” he said in a separate interview.

Lodi believes that for the time being, it is understandable that mainstream retailers and independent designers continue using “modest” as a label for their more conservative collections.

“With Western retailers, it’s a marketing ploy that’s quite effective for reaching their target demographic, especially when the faces of these ranges are real Muslim women from the communities they’re targeting, as opposed to regular models with hijabs stuck onto them just for show.

“It’s even better if these brands recruit modest fashion ambassadors to collaborate with, and to help design and style the collections, as Uniqlo has done with Hana Tajima, and ASOS with Shahd Batal,” she said.

“In today’s more progressive fashion industry, modest fashion should exist and sit alongside the rest of the fashion categories. However, it should be a category with demure and modest aesthetic that stands out and is not lost with the rest of the trends and sub-cultures in fashion.”

Zargarpur was among those who helped coin the term “modest fashion” when it was emerging as a distinct category, insisting that it was more inclusive than “Islamic fashion”. She also benchmarked the concept of “conservative chic” through her brand Rabia Z.

“I believe [modest fashion] demands its own space, just like plus size, maternity, athleisure/sports, evening wear, and other categories. Especially online – imagine how many competitive brands, categories and styles there are.”

Even to simply search for items best suited to the needs of the modestly dressed woman, one has to go through an overload of items, according to Zargarpur. This is why e-commerce giants like Net-a-porter and ASOS created “modest fashion edit” sections.

“It’s smart to keep that segment as a proper category. I love shopping at brands that address my needs for modest dressing and styling, and honestly, I don’t have the time to dig through hundreds of items or shop dozens of stores only to find the few pieces that may work for me, without layering it. I would rather select from different styles of modest wear in one segment of the store,” Zargarpur told Salaam Gateway.

Muslim women need and deserve their own segment in fashion and without it, mainstream brands would not put the attention to detail of collections being longer and looser, she added.

“What we see today may work for some modest dressing women, but not for hijab-wearing modest dressers like me, because lately I find long dresses not long enough and almost always, they come with shorter sleeves. Those are the brands that don’t cater specifically to modest fashion but rather add a few pieces here and there to their range seasonally, and that to me is just not enough.”

Such design issues will be addressed by global fashion brands as more discussions take place and as more influencers raise awareness of Muslim women’s dressing preferences, according to Dr. El Mutwalli.

“Many people thought that the fashion market was controlled by the male vision and that male designers were dictating what women should wear. That trend took place over a certain period of time. But now more women are going into the market and asserting their own ideas and identities, so these trends may change and evolve as you go.”

The more we move away from this one-size-fits-all approach to marketing, and the more we have dialogue and debate, the more brands will pay attention to the needs and requirements of this segment of consumers and connect with them more emotionally, said Dr. El Mutwalli.

Lodi noted that for years, modesty has been outside the realm of what’s considered “fashion forward” and now it’s finally considered stylish by mainstream standards.

“I think this is something to be celebrated, so I don’t believe that labelling it as “modest” is a negative thing. At the end of the day, it’s just a label, and smart, conscious Muslim consumers should be looking beyond mere labels, and deeper into the ethos and ethics of the brands they shop from.” 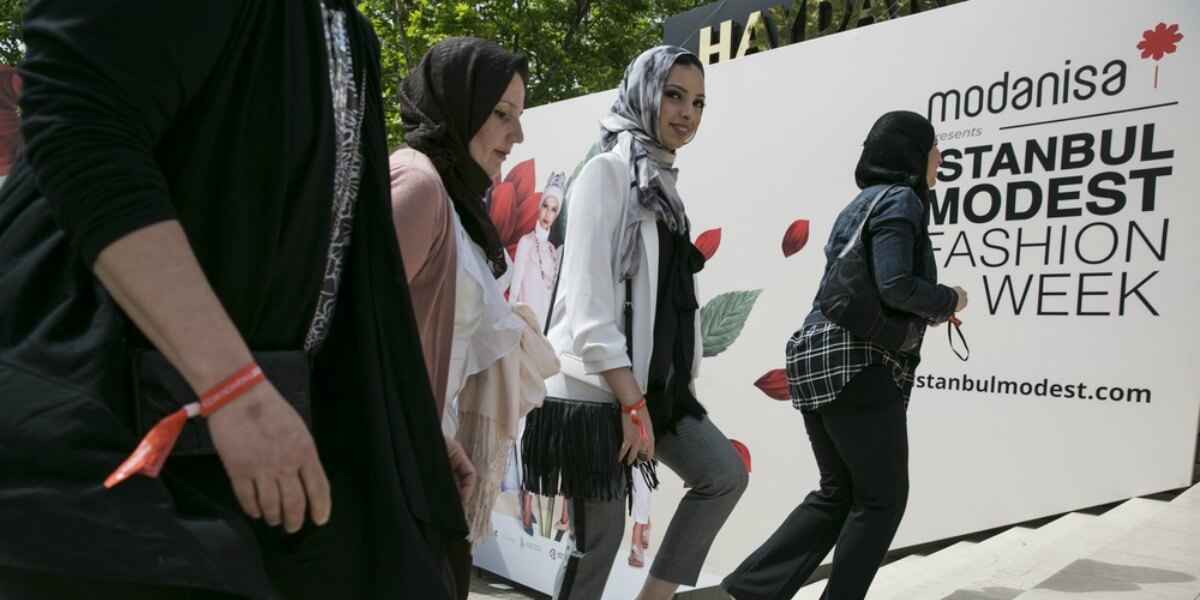 Is it time to rip off the ‘modest’ and just call it fashion?
Irish retailer Primark’s recent launch of an autumn/winter “modest collection” sparked mixed reactions on social media. The low-cost fashion retailer said its collection was desig..
https://www.salaamgateway.com/story/is-it-time-to-rip-off-the-modest-and-just-call-it-fashion