Photo: An exhibition at the Islamic Science and Art Museum in Istanbul, Turkey, in February 2020. Elena Barbaros/Shutterstock

A new network wants to boost the profile of Islamic art around the world.

The motivation to set up the Network of Museums of Islamic Art comes from the need to bring together the sector that is scattered across countries, Bilal Chebbi, programme specialist at the Islamic World Educational, Scientific and Cultural Organization, told Salaam Gateway.

ICESCO, that falls under the Organization of Islamic Cooperation, is behind the new network that aims to promote Islamic art globally.

“With this network, we want to help preserve cultural artefacts and display them in private and international exhibitions. We want to highlight the importance and role of Islamic art in building the Islamic civilization,” said Chebbi, who is an architect by profession.

The Morocco-based ICESCO says it has invited dedicated Islamic art museums to be a part of the network, including the ones in Italy, Malaysia, Qatar, Egypt, Turkey, Tunisia, and Sharjah in the UAE.

Chebbi stressed that there is actually more Islamic art outside Muslim countries than inside them.

For example, the Metropolitan Museum of Art in New York has one of the most comprehensive collections of Islamic art, comprising more than 12,000 objects dating from the seventh to the 20th century. Similarly, the Louvre's Islamic art collection boasts 17,500 artefacts dating from the seventh to the early 19th century, while the Museum of Islamic Art in Berlin has some 93,000 pieces. Diverse collections can also be found in the British Museum’s Islamic Gallery.

“We have invited all the museums that have a relationship with Islamic art, even in Russia, in the hope that they will respond to this call and join this network,” said Chebbi.

The network aims to facilitate the exchange of expertise among members through workshops, conferences, and training programs, as well as support the establishment and sustainability of Islamic art museums.

Most museums and their expert staff typically forge mutually beneficial partnerships with their peers but the network is expected to further facilitate these exchanges, particularly in the preservation and restoration of Islamic art and cultural heritage.

“The idea is to have a network for the exchange of information and experiences. There are many Arab students studying Islamic art pieces that are housed in museums outside their countries,” Ech Cherki Dahmali, the vice-president of the International Council of Museums (ICOM)-Arab Regional Alliance, told Salaam Gateway.

Most Islamic art museums are already members of ICOM, according to the museologist and expert consultant at ICESCO. This makes it easier to move forward the membership of the new network.

The initiative will be led by a committee comprising representatives from ICESCO, ICOM and the member museums. Its first symposium is scheduled for November 18, which is International Day of Islamic Art.

“Once the network is active, such students will be able to study these pieces in the museums that keep them. Therefore, the network will advance scientific research and will help young people from Arab and Islamic countries to complete their research on museum pieces,” said Dahmali.

Another of the network’s remit is to support the building of human capacity in Islamic art conservation and preservation. It will also facilitate the creation of a virtual museum, where each institution contributes pieces.

“Islamic art museums are not just for visits; they inspire people to produce new cultural works with an artistic spirit. This network will help showcase the Islamic world in a positive light,” said Chebbi.

The idea for the network was first discussed on the sidelines of the 11th Islamic Conference of Culture Ministers held by ICESCO in Tunisia on December 17, 2019. Dahmali believes the new initiative already has an advantage.

“ICESCO has an important role to play in establishing such a network without any political prejudices,” said Dahmali.

Dahmali, who is also director of the Telecommunication Museum of Maroc Telecom, expressed his optimism about the success of the network, highlighting the positive developments made in the last three years on the repatriation of artefacts to their original museums.

For example, French president Emmanuel Macron pledged to return African artworks in France’s museums back to the continent. This has put pressure on other museums in other former colonial powers, including the UK, Germany and Belgium, to follow suit. Germany in particular has responded positively and opened repatriation negotiations with museums in Africa.

“The Network of Museums of Islamic Art will serve as an important bridge for the exchange of such pieces. Museums that have Islamic art from other countries will have a great opportunity to express their goodwill. Such museums may have pieces of which there are numerous copies in storage, so it would be harmless to give one of those copies back to the original country,” said Dahmali.

Where the U.S. and European countries have sophisticated museums and huge financial capabilities, museum laboratories in the Arab world are expensive projects, said Dahmali. If a museum in the Islamic world needs to restore an artefact, it could benefit from the experience of these museums and restore the piece in that foreign country or bring experts to its location to restore it.

As a start, ICESCO recently announced it was allocating one million dollars from its budget to restore the collections of 30 museums in the Islamic world that are affected by the COVID-19 crisis.

About 94% of museums in the world have been closed since March and several in the Islamic world are facing the threat of complete closure, especially small local museums, according to ICESCO.

“We have sent invitations to those museums. The application form along with the technical specifications will be electronically available on ICESCO’s website in a week’s time. The museums will be able to send us requests with their requirements. Following that, a committee will study the requests before providing support for these museums,” explained Chebbi.

ICESCO has also established the Islamic World Heritage Fund with an initial budget of $250,000 to support projects on heritage protection, allocated $100,000 to contribute to the efforts of restoring damaged heritage sites due to the recent floods in Sudan, and dedicated another $100,000 to support educational and cultural institutions in Lebanon. 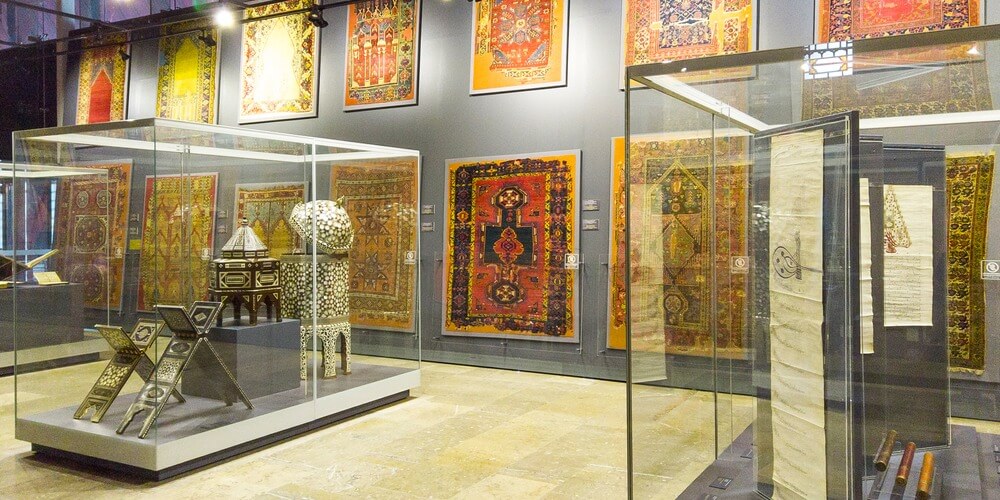 Islamic art is getting a boost with a new global network of museums
A new network wants to boost the profile of Islamic art around the world. The motivation to set up the Network of Museums of Islamic Art comes from the need to bring together the sector t..
https://www.salaamgateway.com/story/islamic-art-is-getting-a-boost-with-a-new-global-network-of-museums