The country’s halal market is worth $5 billion and around 500 businesses have obtained halal certification, according to industry sources.

Milan – When France’s fast-food chain O’Tacos announced in 2020 that it would be selling its halal-certified French-style meat and vegetable wraps in Italy, many Italian Muslims may have seen this move as a sign that halal was going mainstream in their country. O’Tacos’ first Italian outpost will open in January 2022 in Rome (delayed by Covid-19) and more openings in 2022 are planned in major Italian cities, including Milan and Bologna, said Yassin Baradai, founder of Milan-based Meem Communication, managing the chain’s Italian marketing campaign.

O’Tacos is not the only Muslim-friendly food retail initiative targeting Italy’s halal consumers, in a country with an estimated 1.6 million Muslim residents. In January 2020, Baradai launched an Italian platform of e-commerce site Deenary.com, selling halal-certified foods and cosmetics, along with modest clothing.

“The idea for the site came from the need to directly target Italy’s Muslim consumers, whose demands for certified halal products have been largely overlooked in Italy’s mass retail channels,” he said.

Even though Italy is Europe’s third biggest economy, the domestic halal food market is still underdeveloped and operates more like a patchwork, he said, especially compared to the more mature markets in the UK, France and Germany, all of which actively cater to resident Muslim consumers. That patchwork is nonetheless already very large in the aggregate. The World Halal Authority CEO Mohamed Elkafrawy estimated that there are about 500 small-to-large sized food producers in Italy with halal certification.

“The halal market in Italy is worth $5 billion and 80% of businesses have obtained international certification from the WHA in Italy,” he told Salaam Gateway. “These foods and companies have had the opportunity to increase their turnover by at least 20% since receiving halal certification, but many companies have far exceeded these thresholds since certification.”

And integration of this market has been tightening, even if more progress is needed. In 2018 SmartHalal.it launched to sell halal-certified premium Italian made beef and turkey charcuterie directly to consumers across Italy, Europe and the Middle East.

“When we began, Italian food excellence was not easily accessible to the Italian and international Islamic communities and the site’s aim was to provide Italian products of excellence that are finally certified halal,” founder and CEO Omar Vincenzo told Salaam Gateway. Business has been good during the pandemic, he said: “While we had a decline in wholesale sales, this was covered by the consistent growth in B2C sales.”

“There are a lot of halal-certified foods that are made in Italy, but they are not given enough shelf space in large retail environments and on restaurant menus, nor are they marketed as such for lots of reasons, including very little awareness of halal principles and practices and weak commercial attention to resident Muslim consumers,” he said. “This is largely a marketing problem.”

While domestic demand for halal food is still not fully met by Italian suppliers, a growing number of Italian food producers, especially those with a strong international presence, have implemented halal certification to enter international Islamic markets, said Baradai.

Elkafrawy said that the ‘Made in Italy’ label is already extremely well-known and appreciated abroad, therefore products with DOP, IGP, Organic and other Italian certifications not only have strong sales potential, but are already in great demand. Indeed, Italy boasts the most food products with European Union (EU)-accredited designation of origin and geographical indication labels (315 foods and 526 wines), which ensure traceability and food quality and safety standards and are expected to generate a turnover of EUR17 billion in 2021, according to industry association Federalimentare.

A growing number of these products are also certified halal. Among the first to gain halal certification were Mozzarella di Buffalo DOP in 2011 and Pecorino Toscano DOP in 2013.

Several Italian producers have followed suit. “Certainly, among the most requested Italian made products certified by WHA are dried pasta, all types of food preserves, vinegars, olive oils, as well as dried fruit, processed meats and cheeses,” Elkafrawy said. Examples of well-known global brands that have halal certification (although not necessarily from the WHA) are Barilla, De Cecco and La Molisana (dried pasta), Mutti, La Doria and LeDue Valli (canned tomatoes and sauces), Granarolo, Parmalat and Mukki (milk and dairy products), and San Pellegrino and Ferrarelle (bottled mineral water).

Demand for halal certification has increased further during the pandemic, said Elkafrawy, and this is “probably due to the search for more ‘flourishing’ markets than the national one,” he noted. Indeed export manager at Ferrarelle, Gaspare Magnifico Fracaro, told Salaam Gateway that all production lines are halal-compliant and Ferrarelle’s glass bottled mineral water has also become strategic for entering and further penetration of new markets, especially the fast moving, premium product seeking markets in the Middle East.

“To date, we distribute to almost all the Gulf countries and, despite our recent entry there, we believe in the great potential of these markets, with long-term targeted market penetration strategies planned for the coming years.”

“We already export to the Saudi Arabia, United Arab Emirates (UAE) and North African markets, and we are now looking to enter major far east markets like Malaysia and Indonesia because of their great potential.”

His company boasts 70 halal-certified pastry products – “more than any other Italian bakery and pastry manufacturer in Italy,” he told Salaam Gateway. About 70% of Moralberti’s halal sweets are sold in Italy and 30% are sold abroad. “We sell to both the food service and mass retail segments, in some of Italy’s biggest supermarket chains, like Conad, Coop and the French-owned Carrefour. It’s no surprise that our top selling halal product in Italy and across the globe is Italy’s most popular dessert - Tiramisù,” Moratto said. 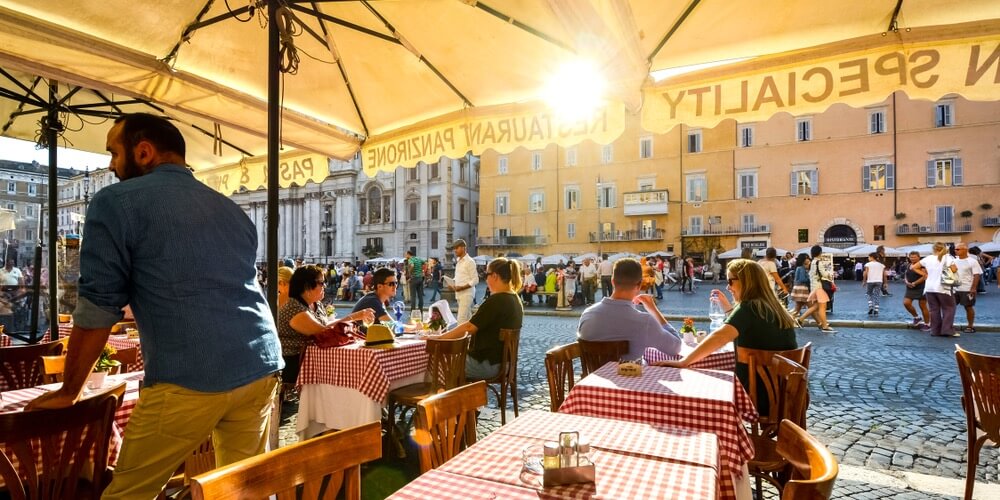 Italy’s halal food market sees post-pandemic growth and potential
The country’s halal market is worth $5 billion and around 500 businesses have obtained halal certification, according to industry sources.  Milan – When France&r..
https://www.salaamgateway.com/story/italys-halal-food-market-sees-post-pandemic-growth-and-potential