Photo: A Muslim man paying the obligatory zakat at the State Mosque of Malacca, Malaysia, during Ramadan on June 15, 2017. Shutterstock

A small online survey of zakat donors and zakat professionals suggests that a significant number choose to give directly to charities due to a trust deficit towards state agencies and other intermediaries. This skews 'official' zakat reporting.

KUALA LUMPUR - Each Ramadan, Ariffin Ruslan finds himself replaying the same argument with his father over how he pays his zakat.

As a Malaysian Muslim, he is legally required to donate his annual contribution through one of the country’s state zakat funds that arrange the central distribution of donations to a selection of charities. Doing so provides a tax incentive of one ringgit for the equivalent amount spent on zakat, but individuals are rarely audited for this, if at all.

"It’s a long running disagreement I have with my dad, because I don’t give to any of these agencies. My reasoning is that I would rather give money not through a zakat agency or NGO, which might take a good chunk of it for their own costs, but directly to the people who need it,” Ariffin, a technology entrepreneur, told Salaam Gateway.

“I don’t have a lot of trust in this system because I don’t know where my money is going, how much of it actually reaches the recipients or even who is deciding it all on my behalf. I have arguments with dad about this, then he just texts to say he has paid my zakat for me.”

Ariffin is not alone, according to a new survey by an online business and finance community IBF Net that looked at attitudes towards zakat-giving by Muslims in South and Southeast Asia, Africa and parts of the Western world during Ramadan this year. IBF Net founder, Dr. Mohammed Obaidullah, told Salaam Gateway the survey and its findings should be seen “more as market research than an exhaustive analysis” given that it canvassed only “a hundred-plus” zakat donors and professionals in the zakat industry, through an online survey.

IBF Net’s online survey found that 22% of respondents prefer to decide on the recipients themselves entirely, rather than calling on state funds and other intermediaries. A further 25% say they prefer to offer most of their donations directly to the poor and needy, though they still call on intermediaries to a lesser degree.

These intermediaries include traditional zakat managers like ulema councils, Islamic non-profit organisations that depend on zakat as a source of funding and government-organised zakat funds in countries like Malaysia, Saudi Arabia, Pakistan and Indonesia, that have been increasingly seeking to integrate zakat and other social funds into their pro-poor fiscal plans.

International development agencies have also increasingly turned to zakat for their beneficiaries, prompting some donors to welcome their ability to raise awareness, while others question their Shariah compliance and whether these are crowding out grassroots zakat organisations, according to Dr. Mohammed Obaidullah.

The Islamic economist believes a significant number of donors choose to donate directly to charities due to a “trust-deficit” towards state agencies and other intermediaries.

“The state agency or intermediary that is receiving the zakat may be seen to be squandering these donations through their operational costs, so donors might expect only a very small percentage of their actual donation ultimately to go to the beneficiary,” Dr. Obaidullah told Salaam Gateway.

“As a Muslim, I’m accountable for ensuring that my money is going where it is needed. I may not trust the beneficiary to do this and so might rather pay to a charity directly because I don’t trust [the intermediary].”

Since zakat data in countries like Malaysia with their own state-mandated funds almost entirely reflect how much money is being given through these funds, and not directly to charities, and given that international organisations do not tend to split their figures into zakat and non-zakat donations, a realistic impression of actual global contributions is severely skewed.

Dr. Obaidullah believes this shortfall may be as much as 25%, though this is still a drop in the ocean compared to the discrepancy between reported and potential zakat figures.

A report by the Office of the U.N. High Commissioner for Refugees, published last year in partnership with DinarStandard, Salaam Gateway’s parent, estimated that the zakat reported worldwide stood at $76 billion in 2018, relative to the $356 billion the organisation believes would be a more accurate figure, based on known Muslim-held wealth and assets.

In light of such data, it is not known what proportion of Muslims are performing their religious duty, and if there is a shortfall stemming from other reasons. It is difficult for charities and non-governmental organisations to plan their fundraising activities when they do not have reliable predictions of the amounts they should expect.

“When we try to add up the figures, they are it’s all based on the official figures. We come across the fact that the numbers are perhaps being understated because there are a lot of people paying zakat on their own, and not through intermediaries. They decide on the beneficiaries and pay them directly,” said Dr. Obaidullah.

IBF Net is using this survey and its findings as a forerunner for further studies into the zakat sector after it completes its ongoing development of a blockchain system to collect and collate market intelligence into zakat and other areas of the Islamic economy that are “grossly under-researched from a marketing point of view”.

“We don’t come across many of these surveys conducted on blockchain, but we are gearing up to this possibility. This would ensure that we would validate the identity of everyone being surveyed and return to canvass them based on their responses,” added Dr. Obaidullah.

Interestingly, three Malaysian charities approached by Salaam Gateway were reluctant to discuss the matter after showing great interest initially. It has not been ascertained why these declined to comment, especially after one declared that it would like to discuss and publicise the matter, which it said was a pressing concern within the Malaysian charity sector.

Muslim Hands, an international aid charity in the United Kingdom with projects in 25 countries, said British donors are not limited in how they are meant to donate zakat. Its director of fundraising, Yasrab Shah, said there has emerged a generational change in how Muslims there choose their beneficiaries, meaning that reporting has been getting more accurate over time.

“My generation is more about selecting a charity, and you can measure that stuff. But my parents’ generation would all send their zakat to, say, an uncle back in their home country, who would distribute it to the needy there,” the 42-year-old Shah told Salaam Gateway.

According to the Muslim Charities Forum, British Muslims form “the most charitable religious community in the UK” and in 2019, donors contributed over £130 million to British Muslim non-profits for campaigns in 40 countries. The breakdown of these donations into zakat and other forms of charity such as sadaqah is not readily available.

"It does feel like the majority of British Muslims prefer to give through Muslim charities. That doesn’t mean they don’t still make donations through other channels, but it is impossible to tell how much that could be,” he said, adding that Muslim Hands is completely transparent about its activities.

Also changing in Britain is where donors want to see their charity distributed. For many years, Muslims there preferred their donations to be sent abroad, to parts of the world where they thought life was more difficult. This year, however, there has been a noticeable increase in the support of local initiatives, brought about by the pandemic.

Back in Kuala Lumpur, Ariffin Ruslan has been taking steps to help bring a new level of transparency to charity donations by developing an app that allows Malaysian charities to show donors where their funds are going. This can reveal, for example, exactly how many cans of Milo have been distributed to an orphanage, or the cost of transporting aid parcels to a project.

“I haven’t seen anything like this before, at least among local charities,” he said. “The motivation behind it is to build trust and confidence, as it can be used by NGOs to promote transparency.”

If a similar reporting system were used by national zakat funds, he might be persuaded to donate through them, rather than his father on his behalf.

"I’d love to know how the lembaga zakat are being audited,” he said, referring to the state-run foundations Muslims should pay into.

“They have some statistics available online but there are so many other basic things that people would want to know. It would make a big difference if there was some way to show how much of our money is getting through to the people in most need.” 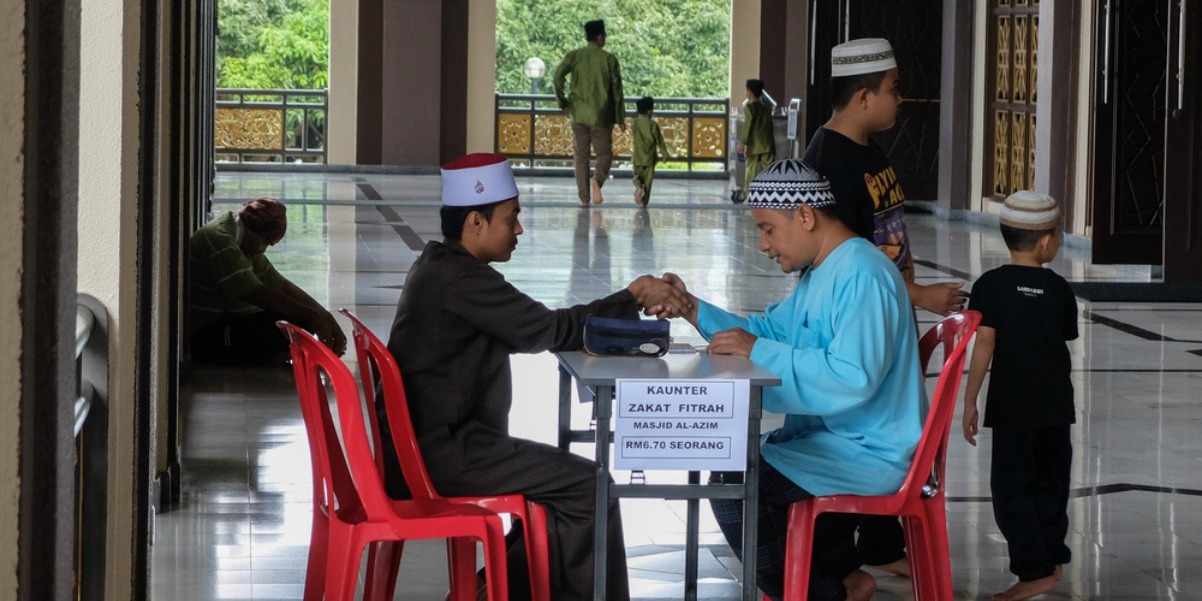 Lack of trust in state funds skewing zakat reporting - study
A small online survey of zakat donors and zakat professionals suggests that a significant number choose to give directly to charities due to a trust deficit towards state agencies and o..
https://www.salaamgateway.com/story/lack-of-trust-in-state-funds-skewing-zakat-reporting-study