DUBAI - Malaysia’s tourism authorities have drastically cut their 2020 target for visitors from the Middle East from one million to 360,000, and hopes a new partnership with AirArabia will take off.

According to data from Tourism Malaysia, close to 400,000 visitors from the Middle East visited Malaysia in 2015 but numbers have been hit due to stiff competition from neighbouring destinations like Vietnam, Cambodia, and China. Mideast visitors bounced back up last year when around 316,000 arrived in Malaysia, up 25 percent from 2017. Visitors in 2018 spent a total of 2.7 billion Emirati dirhams ($735 million), an increase of 33 percent over 2017.

The Southeast Asian nation announced its target of one million visitors from the Middle East by 2020 around this same time two years ago.

“We don’t think we can reach 1 million because the seat capacity won’t allow it. Malaysia Airlines used to fly to Dubai for example, but they no longer do,” Musa Yusof, director general of Tourism Malaysia, told Salaam Gateway during industry trade fair Arabian Travel Market in Dubai.

Malaysia Airlines dropped its daily flight to Dubai from Kuala Lumpur in 2016 as part of its new code-share agreement with Emirates.

Now, Malaysia hopes the launch of a joint promotional campaign with UAE-based AirArabia will help drive up traffic from the Middle East.

The low-cost carrier will introduce direct daily flights from Sharjah in the United Arab Emirates to Kuala Lumpur on July 1, starting from 1,600 Emirati dirhams ($435.70) for a return flight, using its brand-new AirBus A321 aircraft with a capacity of 250 seats.

The airline’s 155 routes are expected to encourage more travellers to fly through Sharjah to Kuala Lumpur, especially from countries like Saudi Arabia and Egypt, said Yusof.

Malaysia has also adjusted its global tourism targets. “We now aim to attract 30 million visitors instead of 36 million by 2020, and around 100 billion Malaysian ringgit ($24.1 billion) instead of 168 billion ringgit ($40.6 billion) in tourist receipts,” said Yusof.

The country revised its targets following several setbacks, which include the disappearance of Malaysia Airlines MH370 and the tragic crash of MH17, two incidents in 2014 which negatively affected the perception of the country.

The depreciation of the ringgit against the U.S. dollar in late 2018 in addition to the slump in oil prices also forced the government to cut its advertising budget for tourism.

“What we’re doing now is moving to digital platforms and social media to promote Malaysia, because the Middle East is active in this domain,” noted Yusof.

For the Middle East visitor, Malaysia is focusing on promoting shopping, family-friendly activities, and eco-tourism, according to minister of tourism, arts and culture Mohamaddin Ketapi.

“Selangor, Langkawi Development Authority, Sunway Group and Desaru Coast are aggressively promoting their latest tourism projects, such as Sky Mirror in Selangor, SkyBridge and Geopark in Langkawi, Sunway malls, resorts and theme parks, as well as the new integrated destination of Desaru Coast. All these developments are timely, especially in the run-up to our Visit Malaysia 2020 campaign,” said the minister.

Malaysia is also investing in trade shows to drive more tourism business into the country.

The selection of Malaysia as the official country partner for ITB Berlin 2019, which took place in March, is expected to boost tourism traffic. ITB Berlin is one of the world’s largest travel trade shows.

“Last year, ITB Berlin selected Malaysia as their country partner for 2019. In order to become a country partner, you cannot request it; only the organizer can decide. We did invest in a bigger booth, but they guarantee eight percent growth to the destination,” Yusof told Salaam Gateway.

Malaysia plans to spend around $14.5 million participating in Expo 2020 Dubai, but is expecting to generate around $2.4 billion worth of potential business, a return of nearly 165 times the country’s investment in the event, Yeo Bee Yin, Minister of Energy, Science, Technology, Environment and Climate Change said at a press conference on 29 April, according to state news agency Bernama.

The $2.4 billion potential investments would be the result of strategic alliances in business leads and signing of mutual agreements, the minister said. 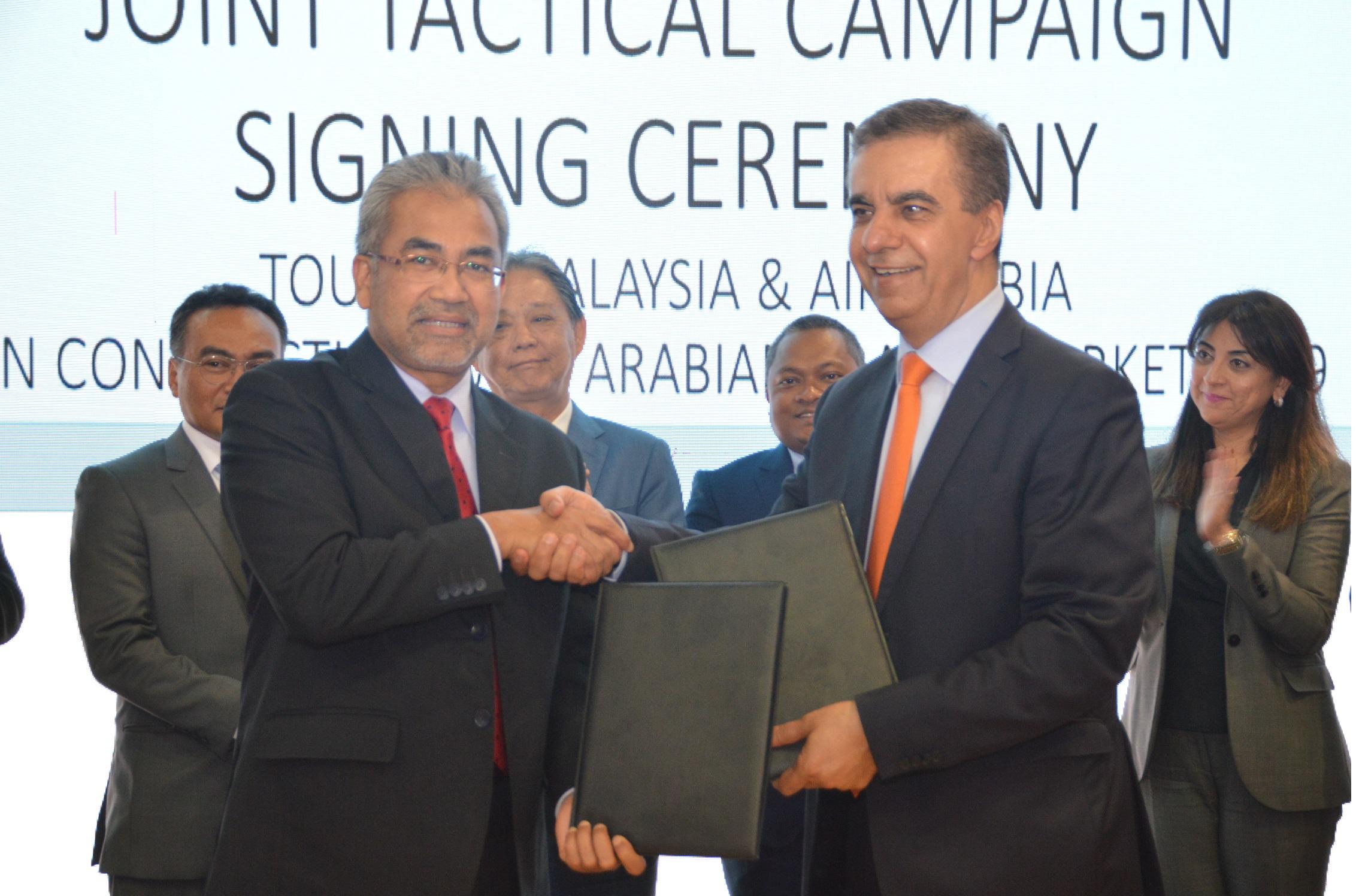 Malaysia drastically cuts Mideast visitor target, hopes AirArabia partnership can boost inbound numbers
*Correction made in Para 3 to reflect that the one million visitors announcement was made in 2017 and not in 2018 DUBAI - Malaysia’s tourism authorities have drastically cu..
https://www.salaamgateway.com/story/malaysia-drastically-cuts-mideast-visitor-target-hopes-airarabia-partnership-can-boost-inbound-numbe