Photo for illustrative purposes only. A soldier and police on March 22, 2020, inspect road users at a roadblock to enforce the order to stay home during the first COVID-19 lockdown, or movement control order. Abdul Razak Latif/Shutterstock

Malaysia expected to withstand new lockdown but SMEs are nervous

KUALA LUMPUR - Malaysia will weather its fourth major lockdown since the start of the pandemic, although local businesses are continuing to suffer.

Known as MCO 4.0, the latest in a series of movement control orders announced over the weekend by the government was enacted on Tuesday (June 1) as COVID cases continue to rise, hitting a high of 9,020 on May 29.

Under this latest lockdown, most business categories have been ordered to close at least for the following two weeks, although 18 industry sectors are being allowed to continue to operate, albeit under tough restrictions.

“This is essential to support the continued operations of critical infrastructures and front-liners such as security, healthcare systems, information and communications, as well as ensure adequate supply of basic necessities for the [public],” said a statement by the Ministry of International Trade and Industry.

Malaysia’s economy contracted for the fourth straight quarter in the first three months of 2021, although the rate of contraction has been slowing.

Before MCO 4.0, the government and the central bank expected GDP to expand 6% to 7.5% this year after the economy shrank by 5.6% in 2020. Finance minister Tengku Zafrul Abdul Aziz on Tuesday said he will now revise economic growth.

“Top trading destinations are to China, ASEAN, the United States and Europe, and all of these apart from ASEAN remain robust. We think manufactured electronic goods will remain strong, and especially semiconductors and goods made for companies like Dyson in Singapore,” he told Salaam Gateway.

Electrical and electronic products account for over a third of exports from Malaysia, according to its international trade ministry.

According to an Aberdeen analysis, banking is still "pretty solid” with non-performing loans currently low at 1.5%. In addition, the price of palm oil, Malaysia’s main crop that accounts for 16 billion ringgit in exports, is expected to remain high.

Downstream, the 26 billion ringgit petroleum products segment is also strong, while companies like Yinson in particular have reacted well to the need for new forms of renewable energy, said Ambrose. In April, the Malaysian energy infrastructure company launched a green technology division.

As far as the overall market is concerned, “earnings should surge this year after a poor 2020, before moderating in 2022”.

Nevertheless rubber plays, which were the darling of the markets this time last year when the world was scrambling for personal protective equipment from companies like Malaysia’s Top Glove, have fallen out of favour.

“The gloves are off now because prices are definitely coming down as the Western world recovers,” said Ambrose.

“Foreign investors are no longer interested in Malaysia except for bonds, which offer real returns.

“Locally, institutions are hamstrung by the need to pay out to EPF [state pension fund] members. Nevertheless, local retail is likely to recover as per the U.S. as government helicopter money and deferral of instalments in loans means it’s worth a punt on the market.”

STIMULUS FOR THE REAL ECONOMY

On the ground, 13 industry segments, including food and beverage, aerospace, packaging materials, oil and gas, personal care products and personal protective equipment manufacturing, are being allowed to continue operating, albeit at 60% workforce capacity.

Five other sectors, including companies involved in the automotive, iron and steel, cement, glass and ceramics industries, will have their workforce reduced by 10%.

From this, wage subsidies will be extended for another month and a loan moratorium for low-income workers and SMEs forced to close by the MCO will be lengthened by three months.

On a fiscal level, the prime minister has conceded that the government is struggling to pay for the cost of lockdowns on business and the public. Earlier this year, the government estimated each day of lockdown cost 700 million ringgit in lost GDP.

“I have to be frank, the government has very narrow fiscal space to spend, but we will try our best to balance lives and livelihood,” Muhyiddin said in a national television broadcast, adding that more borrowing might be needed to fund the government’s programme.

This was backed up by the finance minister on the first day of MCO 4.0 when he admitted that fiscal deficit forecasts will be revised from the current 6% projection.

“We are calculating the impact, and what I can say is that there will be a revision that is required given the closure of some major economic sectors,” said Tengku Zafrul Aziz. “There will be an impact to deficit due to the revision in GDP.”

The Federation of Malaysian Manufacturers (FMM) have given lukewarm approval for the stimulus package, calling it “welcome” but also “short of expectations”.

“The assistance and initiatives announced have fallen short of the business sector’s expectation and request for direct assistance to industries that are impacted by the MCO, especially those that are unable to operate during this period,” FMM president Soh Thian Lai said in a statement.

He said the latest flavour of MCO will have a “far greater impact” than previous versions as businesses have not yet recovered previous from lockdowns and their finances have been depleted over the last year.

This effect will be particularly keenly felt by SMEs, which account for 98.5% of all businesses in Malaysia.

Samenta, an organisation that represents the interest of SMEs, has responded to the government’s aid fund by calling for the wage subsidy programme to be extended until the end of this year, at least.

“We remain hopeful that the government will consider our proposal… as wages remain one of the largest costs for SMEs,” the association said in a statement.

FMM is also calling for an automatic loan moratorium to be extended to all businesses impacted by the lockdown, regardless of their size, among measures. 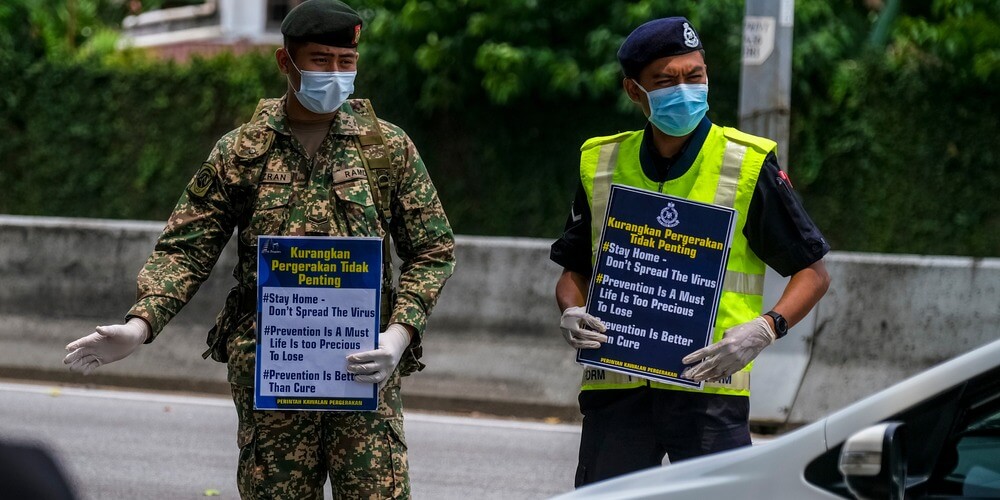 Malaysia expected to withstand new lockdown but SMEs are nervous
KUALA LUMPUR - Malaysia will weather its fourth major lockdown since the start of the pandemic, although local businesses are continuing to suffer. Known as MCO 4.0, the latest in a serie..
https://www.salaamgateway.com/story/malaysia-expected-to-withstand-new-lockdown-but-smes-are-nervous