How does the Halal Integrated Platform (HIP) work? Imagine a train with each carriage representing all the elements of the halal chain, explained Adly Mohamed, chief commercial officer of Malaysia’s Halal Development Corporation (HDC).

The digital platform, launched in Kuala Lumpur on Thursday (Sep 9), is a major step in HDC’s strategy to encourage Malaysian small and medium enterprises to reach out to the world by giving them easier access to its services and helping them source partners and customers overseas.

Compartments devoted to ingredients production, logistics, manufacturing, financing, training and regulation will be pulled along by HDC’s locomotive, while the passengers—local Malaysian and global halal businesses—can move seats from one car to the next to access digital services on offer through the platform.

As more people get onboard, more compartments will be added, and the train will gather pace and connect hubs in the global halal network.

“The halal ecosystem cannot be just one person; it requires the intervention of governments, banks, production and logistics companies—a mix of the public and private sectors, not just in Malaysia but internationally. This whole ecosystem is embedded in HIP,” Adly told Salaam Gateway.

Over the last several years, HDC has been talking up HIP as the glue to bond its services together and a means for private Malaysian halal businesses, which are vastly under-represented in terms of halal certification and export capacity, to access training and insight and formalise their credentials.

The government-owned halal promotion agency describes the platform as an online one-stop centre for halal industry players, particularly SMEs, to grow and connect their businesses with other stakeholders, government agencies, financial institutions, service providers, industry partners, educational institutions, as well as consumers with the halal ecosystem.

Over time, as the platform grows in users, it will connect Malaysian businesses to global suppliers and customers while also raising their profile among their counterparts internationally.

HDC’s long-term goal for HIP is for it to encourage and facilitate Malaysian SMEs to obtain their halal certification, develop intervention programmes that are able to assist businesses in the halal industry to grow and become exporters to the global halal market.

“Halal industry players should enhance trade ties among Muslim nations through multilateral and bilateral meetings, trade missions and free-trade agreements so as to meet the demands of global Muslim and non-Muslim consumers,” said international trade and industry minister Mohd Azmin Ali at the launch of HIP.

“The adoption of halal standards should also be viewed as a value proposition instead of barriers to trade when venturing into new sources of economic growth in the halal industry as it serves as a catalyst for recovery in the post-pandemic global economy,” Mohd Azmin said in a speech meant to be read by prime minister Ismail Sabri Yaakob, who was unable to attend the event.

Already, some 3,500 companies and individuals are registered with HIP, and Adly anticipates this number will grow to 10,000 by the end of the year.

“Malaysia needs more halal players to produce more halal products so that we will be able to meet demand from overseas and, at the same time, bolster our halal talent,” he said.

There are currently 200,000 SMEs active in the domestic halal industry, but fewer than 10,000 are halal-certified.

“We all know the global halal economy will be worth $5 trillion by the end of the decade, but Malaysia’s contribution has so far been small.

“Hopefully, with HIP, it will give them the impetus to become halal-certified and make connections with other halal businesses domestically and around the world,” Adly added.

Under Hairol Ariffein Sahari, who took over as chief executive of HDC two years ago, the agency has firmly established initiatives such as its halal parks, outreach to other countries and governments for training and industry-building, and it has also arranged targeted financing facilities for halal SMEs with banks. All the while, it has also been promising a gargantuan online platform that will take HDC’s entire operation to keyboard and screen.

Industry-watchers could have been forgiven for expecting that a system promising all things to all people would be far too ambitious for a halal industry that is not best known for its technological chops. However, early reports of HIP’s scope and usability are promising.

According to Izdihar Zakaria, a director of packaged food supplier Salud Kitchen in Kuala Lumpur, whose brand Dietliciouss has been testing HIP over the last four months or so, the platform is “very impressive” and has already had an impact on the company’s business model.

After experiencing significant sales growth during the pandemic, Salud Kitchen had found itself at a crossroads when it was invited to use HIP.

“Suddenly, demand had reached a point that we didn’t know how to properly move forward: what certification did we need, which suppliers should we be talking to? As a small business, HIP helped us realise that we do not need to walk alone along this path. That was very comforting for us,” Izdihar told Salaam Gateway.

Salud Kitchen is exactly the sort of business the platform has been designed to serve. As a small business in the halal industry, it is one of thousands that have the potential to expand internationally, although few ever end up doing so.

Despite publicity drives and attempts to encourage the domestic halal economy to view broader horizons, the value of imports to Malaysia was more than double its exports last year to the tune of $25 billion to $10 billion, according to HDC’s figures. This suggests that there is huge potential that is not being realised.

While the resources to gain certification, ramp up production and exploit export markets are available, they first have to be identified and engaged by the legions of small businesses that dominate the Malaysian corporate landscape.

The starting point for many businesses is halal certification, and acknowledgement that Malaysia’s JAKIM stamp acts as a fast-track passport into global markets.

“As small businesses, we don’t see the importance of applying for halal for our shops—people just assume that because they are owned by Malays—and therefore Muslims—our products will be halal. There’s also this urban myth saying that applying for a halal certificate is going to be a tedious, pricey process,” said Izdihar.

“Since joining HIP, we have found that it’s not that tough because we have been given access to consultants to help us and draft up our halal process journey to change our current model to one with halal certification.”

Salud Kitchen has also been investigating HDC’s halal parks through the platform as a means to increase its production. It has been looking into financing arrangements available through HIP, such as Bank Islam’s Go Halal fund, in partnership with HDC. It has also used it to gain privileged access to suppliers.

“HIP is definitely opening doors for us. We would usually approach contract manufacturers by contacting their head offices to start a conversation, but when you are a small company, they don’t tend to give you the same attention as they would when you’re connected by HDC,” said Izdihar.

For years, Malaysia has been exporting its certification, knowledge and resources overseas but gained few economic benefits in return.

This approach has helped bolster the halal sectors of competing nations, but it hasn’t helped Malaysian suppliers and manufacturers to break out into the wider market. It is hoped that HIP will enable this.

“We’ve been throwing soft punches; now we want to hit harder,” said Adly. “We are seen as number one around the world, but that doesn’t bring in big money.

“Now, with HIP, we can build up the pace domestically and build capacity and really help our companies to cement themselves abroad.” 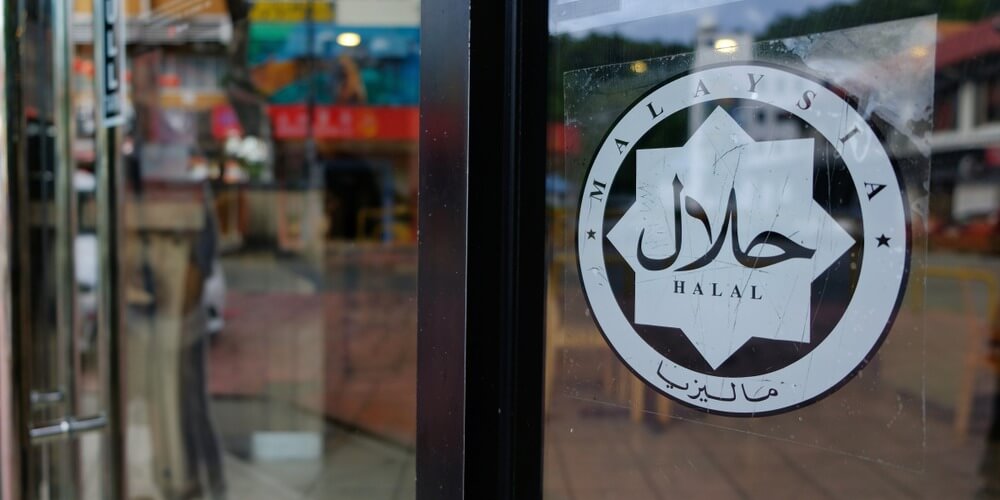 Malaysia launches ambitious platform to connect small halal businesses with the world
How does the Halal Integrated Platform (HIP) work? Imagine a train with each carriage representing all the elements of the halal chain, explained Adly Mohamed, chief commercial officer o..
https://www.salaamgateway.com/story/malaysia-launches-ambitious-platform-to-connect-small-halal-businesses-with-the-world