Photo for illustrative purposes only. Men praying outside the national mosque after it reached full capacity amid physical distancing restrictions, on Friday, May 15, 2020. Abdul Razak Latif/Shutterstock

KUALA LUMPUR - A shabby plot of land on Jalan Ipoh, one of the main arterial roads into Kuala Lumpur, continues to lie vacant after many years while the blocks around it have sprung high-rise offices, shops and food outlets.

It is unlikely this lot will be developed as long as Malaysia’s restrictive waqf laws remain in place, even though developers have been clamouring to transform the land.

The fault of this plot is that it was bequeathed for the specific purpose of accommodating a mosque. As the law stands, the land parcel can only be developed in this way, which would in turn bring it in direct competition with a sizeable, established mosque, Masjid Abu Hurairah barely 100 metres along the road.

A culture of sticking to the letter of the law has been holding back the development of waqf assets in Malaysia.

According to Dr. Magda Ismail Abdel Mohsin, an associate professor at the International Centre for Education in Islamic Finance (INCEIF) in Kuala Lumpur, fewer than 20% of idle properties bequeathed under Islamic endowment in the country have been revitalised. Moreover, just 2-3% of the 13,000 hectares of land given over in the last 100 years have been redeveloped. She has a body of research and writing about waqf.

“There is still a lot for Malaysia to do but it’s a very sensitive issue,” Dr. Magda told Salaam Gateway.

INSTITUTION OF WAQF IN MALAYSIA

A series of laws that began being enacted in the 1950s dramatically centralised the Malaysian waqf system, taking it away from the mutawalli, or custodians who traditionally administer Islamic bequeathals.

Under these laws, the right of sole ownership of waqf assets was placed in the hands of the federal Council of Islamic Religion (MAIWP) and the religious bodies, or Majlis Agama Islam, of the country’s 13 states.

These bodies alone are allowed to administer waqf, with all money received from such assets kept in their general funds. In all states apart from Melaka, waqf affairs are left at the discretion of officials who often have little training, rather than a dedicated committee, and so waqf data are scarce.

A recent analysis by researchers at Universiti Sains Islam Malaysia concluded that the legal form of waqf that “restricts the funders’ conditions, way of management and investment”, “corruption in waqf management” and government interference in administrating waqf are “common obstacles facing the development and sustainability of waqf organisations”.

Though the real value of waqf assets in Malaysia cannot be estimated, many sources cite a figure of 1.2 billion ringgit ($290,000) from a 2016 study by Yayasan Waqf Malaysia. By contrast, next door in Singapore 940 million Singapore dollars ($689 million) in awqaf assets were held in 2018 by the state’s Islamic council MUIS.

Despite the poor performance of Malaysian waqf assets, Hamid Rashid, founder of Finterra, a Malaysian Islamic fintech start-up that is putting waqf on blockchain, believes this could all change for the better in as little as three years if the government is able to prove its stability and regulators gain a grasp of waqf technology in the same way they have understood digital sukuk and peer-to-peer fundraising.

Rashid had been lobbying the former administration, which toppled in February, to introduce a waqf law that would allow the better management of endowments and harmonise state waqf practices.

“At present, we have a waqf enactment in each state and they differ from each other. We hope the Federal Territory Wakaf Act will be the model to streamline waqf laws in all the states,” then-deputy minister Fuziah Salleh said of the draft Bill, which was tabled last November.

But the precarious new government, with a single figure majority in parliament, does not yet have the stability to see through the legislation, Rashid said. A similar Bill is likely to be on the agenda if elections tipped for later this year return a stronger government to power.

“The Malaysian waqf laws are quite restrictive. They are very orthodox and look at things in black and white,” Rashid told Salaam Gateway.

It has also been challenging in Malaysia because regulatory guidelines are stricter than in other countries, Rashid added.

“The practice of waqf is so flexible in other countries where we do business, but in Malaysia you face challenges because it is enacted in a way that has been designed so there is no way for it to evolve unless you can change the law. But first you must get buy-in from the states, which is a lengthy process. That’s why it is all moving very slowly in Malaysia.”

In countries where Finterra does business, including India and Saudi Arabia, authorities “got quite creative as they want to evolve”, according to Rashid, and allow commercial cash waqf that pay dividends.

“Other countries have been very flexible and lenient to us and we have been able to get the waqf boards there to adopt our platform. We’ve even been able to get financial institutions to partner with us in payment gateway integration,” said the Finterra founder.

Rashid says these countries enjoy the benefit of their waqf boards being centralised and regulated at ministerial level, by the Ministry of Minority Rights in India and the General Authority for Awqaf in Saudi Arabia. “When waqf comes under various religious councils, like it is in Malaysia, these end up becoming individual regulators by themselves,” said Rashid.

SYSTEM NEEDS TO BE MORE LENIENT

INCEIF’s Dr. Magda also believes Malaysia’s creaking waqf system can be changed for the better, as long as the current system is made more lenient.

If the waqf laws were changed and the state religious bodies accepted a role solely in overseeing endowments, rather than possessing them, the development of assets could reach 80-90% in just a few years’ time, she said.

“If they manage to change the law to give the right for cash waqf to be managed by institutions and individuals, then the state Islamic body can serve as the monitoring bodies and not be involved in the management. If they can change the law, it can grow very fast.”

Allowing donors to decide exactly how their endowments are used will encourage more Muslims and non-Muslims to take advantage of an Islamic institution that has traditionally been used for the development of communities.

“The people themselves really want to contribute. I have people approaching me with millions of ringgit that they want to give as waqf, but when they hear that they do not have the right to manage their own funds, they decide not to give it.

“It’s obvious that if you don’t allow people to manage their own contributions, they will just go somewhere else with their money,” Dr Magda added. 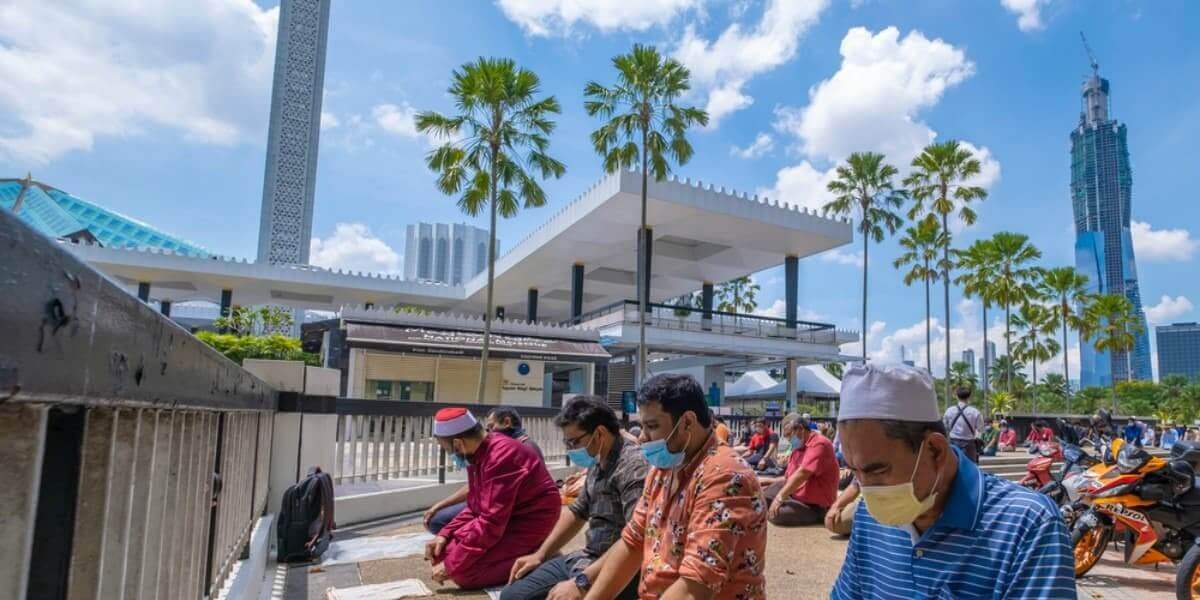 Malaysia needs waqf law overhaul to revitalise the sector, say experts
KUALA LUMPUR - A shabby plot of land on Jalan Ipoh, one of the main arterial roads into Kuala Lumpur, continues to lie vacant after many years while the blocks around it have sprung high-rise offic..
https://www.salaamgateway.com/story/malaysia-needs-waqf-law-overhaul-to-revitalise-the-sector-say-experts