Malaysian tourism authorities will target travellers from the Middle East when the country finally opens up to international tourists, which is expected by mid-November.

KUALA LUMPUR - With its tourism economy devastated by border closures and restrictions on domestic travel between states, reopening cannot come too soon for Malaysian tourism businesses, and officials hope wealthy Arab visitors will give a boost.

“The Middle East has never been more important to Malaysia,” Noor Azman Samsudin, an international promotional chief at Tourism Malaysia told Salaam Gateway. “Its people have the highest per capita expenditure when they come to Malaysia. Moreover, Middle East countries are in the top three in terms of average length of stay.”

According to official figures, tourist arrivals from Arab countries spent a total of RM 3.8 billion ($900 million) in Malaysia in 2018. The following year—the last full one before the emergence of the pandemic—Tourism Malaysia recorded almost 310,000 visitors from the West Asia region, which includes Arab nations and Iran.

In 2019, arrivals from these countries usually spent RM11,660 ($2,800) each during their trip—more than three times the average for all tourists. However, the number of visitors from this region plummeted by 83 percent last year.

“West Asia has been a significant source market, mainly due to the historic and traditional ties we have with it. Our marketing campaign will target West Asia,” Azman said. “We believe that this is a very strong market; the Middle East is a source of families, and that is the type of tourism we promote in Malaysia, especially for Muslim families.”

Malaysia’s borders have been closed to most international travelers since March 2020, but the country is starting to stir from its isolation. With 90 percent of its adult population vaccinated, Malaysia began allowing its fully vaccinated citizens to travel overseas without permission and removed restrictions on interstate travel last October.

But foreigners are only allowed into the country for essential purposes. According to Azman, a date in mid-November is expected for the border to open, though this will initially only be for flights to Langkawi, a popular tourist destination. The holiday island opened to Malaysians last month and has since welcomed tens of thousands of domestic visitors.

“Langkawi was the pilot destination for domestic travellers from Malaysia. It’s been a testing ground, and then it will be the pioneer destination for international tourists. We anticipate that international borders will open in mid-November. However, we are still waiting for an official government statement,” said Azman.

The island was well-served by Gulf airlines before the pandemic. Qatar Airways has already said that it is keen to reopen its route there from Doha, telling Salaam Gateway in June that it was considering daily flights to the island before Covid-19.

Langkawi has received around 82,000 visitors since it opened to Malaysian tourists in September, according to Nasaruddin bin Muttalib, chief executive of the Langkawi Development Authority. “While the number is an indicator of success, the real success of the Langkawi domestic tourism bubble is that no infections have been passed on from tourists coming to the island to the local people,”he added. “We are ready to welcome Gulf tourists to Langkawi soon on chartered and scheduled flights.”

Under Langkawi’s plans for reopening, all passengers must be fully vaccinated before they fly. Malaysia will accept all vaccines approved by the World Health Organisation. Children below 18 do not require vaccines, but they must travel with parents who are fully vaccinated.

Those travelling to Langkawi must have had a negative PCR test within 72 hours of flying and another one within 48 hours of their arrival. Anyone testing positive will be sent to a hotel on the island for isolation and treatment if necessary.

Assuming the Langkawi pilot is successful, Azman said other tourist destinations may open, including the islands of Pangkor and Tioman, the Unesco heritage city of Melaka and Kuching in Malaysian Borneo.

“Although Malaysia was one of the first countries in the region to allow people out, it is still slow to open up to foreign tourists,” he told Salaam Gateway.

Fadhlillah said there hasn't been any official announcement about reopening, despite the plans outlined by Tourism Malaysia and Langkawi. He’s also wary of the requirement for tourists to isolate on arrival. “It is important to focus on removing the quarantine rule for fully vaccinated people, in line with other countries that are open globally. The sooner they open up, the better it is for tourism at large.” 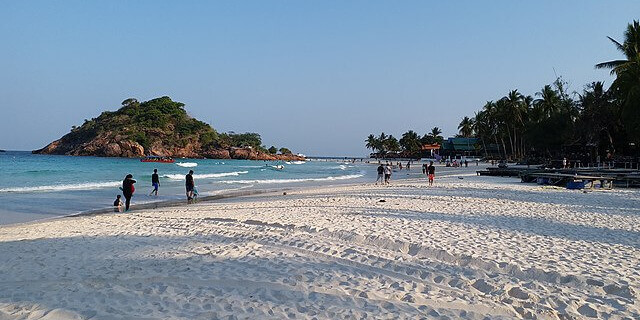 Malaysia seeks Arab and Iranian tourists as it prepares to open its borders
https://www.salaamgateway.com/story/malaysia-targets-arab-and-iranian-tourists-as-it-prepares-to-open-its-borders