Photo for illustrative purposes only. A health officer holding a syringe with a vial of COVID-19 vaccine during the national vaccination programme in Kuala Lumpur on March 2, 2021. Djohan Shahrin/Shutterstock

KUALA LUMPUR – Malaysia’s halal authorities are stepping up efforts to boost healthcare and pharma as exports dropped by almost a quarter last year and domestic investment into dedicated parks increased only slightly.

A year ago, the Halal Development Corporation (HDC) began to brace for the worst. Speaking to Salaam Gateway last April, chief executive Hairol Ariffein Sahari admitted that the government agency charged with promoting Malaysian halal products and expertise to the world had revised its export growth goal from 8% to just 3% for the year, based on 2019’s 40.2 billion ringgit ($9.7 billion) total.

Since then, long periods of lockdowns in Malaysia and many of its export partners, along with manifold logistics disruptions, have taken a much more profound toll than HDC first anticipated, leading to halal shipments contracting by 24% to 30.5 billion ringgit for the whole of 2020, Hairol announced on Tuesday (March 23).

The country’s total exports fared far better than the halal sector alone, shrinking by only 1.4% to 980.99 billion ringgit.

For halal, HDC had originally forecast exports to reach 42 billion ringgit in 2020. Nevertheless, its chief executive appears upbeat about the new figures, which were compiled from proprietary data. “We see that there is much headroom for growth, especially within the landscape of homegrown Malaysian exporters.”

One bright spot has been a 1.25% increase in domestic direct investment into halal parks, worth around 200 million ringgit, signalling that the local industry continues to grow.

Malaysia has 21 halal parks, of which 14 carry Halal Malaysia (HALMAS) status, which in turn provides incentives for their tenants through HDC such as waived import duty and tax exemption for up to 10 years. Overall, these house 295 companies, of which a seventh are multinational corporations and the rest are locally-owned.

To date, these strategic geographic hubs for halal manufacturing, services and logistics have attracted a cumulative total of 16.1 billion ringgit in investments since 2011, of which approaching 60% has come from overseas.

“The difference is that they are globally competitive in the halal industry, and they attract foreign and domestic investment away from neighbouring countries.”

He names global brands such as Coca-Cola, Ajinomoto, Cargill and PureCircle among the multinational tenants.

Until last year, the focus for the halal parks had been on food and beverage, cosmetics, personal care and logistics.

While food and beverage manufacturers make up the lion’s share of businesses occupying HALMAS halal parks, a changing landscape has prompted HDC to increase its efforts to attract more life sciences companies.

“Because of the demand for halal products, we need to have better facilities for new investments to come into Malaysia. Right now, we are looking to promote healthcare businesses—manufacturers of pharmaceuticals, supplements, drugs, medicines and vaccines,” said Akmal.

This is in line with measures announced a week ago to boost the development of Malaysia’s halal pharmaceuticals industry, which HDC has singled out as a prime area of its focus over the next four years.

The corporation hopes Malaysian products will contribute revenues of 1.6 billion ringgit a year by 2025, from just 401 million ringgit in 2019.

Pharma is a relative newcomer to Malaysia’s halal brand since the country’s authorities introduced an updated standard two years ago to expand the scope of halal certification and address rising demand in biologics and, presciently, the search for halal vaccines.

Last week, it was named as one of the first two sectors of focus by HDC, which awarded it a so-called sectoral working committee to play an advisory role in clearing development roadblocks by raising them with the Malaysia Halal Industry Development Council, the multi-agency committee that HDC told Salaam Gateway in October last year would focus on “socioeconomic development and growth through the halal industry”.

First up, it will seek to address five issues singled out for attention following consultations last year with industry figures. These include inconsistencies in halal auditing processes and the status of halal ingredients, a lack of investment in capital and certification and limiting economies of scale.

“The scientific interpretation of halal ingredients is missing, resulting in inconsistencies during halal audits, causing uncertainty for businesses,” said Dr. A Halim Hj Basari, director of pharmacy at the Ministry of Defence, who has been chosen to chair the pharmaceuticals sectoral working group.

"We also need a halal pharmacopeia and scientific advisory committee,” he added.

“Then there’s lacking economies of scale. Demand for pharmaceuticals in Malaysia is largely driven by the public health system, so the export market is quite small.”

This is exacerbated by imports from multinational companies that have their manufacturing plants overseas and are not required to have halal certification.

The situation is further complicated by the fact that the Ministry of Health doesn’t require products to be certified for procurement.

“Because of this, the multinationals view of halal certification is as an additional burden, and they have no incentive to seek it. These are things that we will need to address” Dr. A Halim added.

Also represented by a new sectoral working group is the food services segment in a bid to further HDC’s ambition to grow food services by 18% by 2025, to a value of 40 billion ringgit. Nine more sectors are expected to be given their own working groups this year, including Islamic finance, modest fashion, medical tourism and halal logistics.

This week’s announcement of Malaysian halal performance amid the pandemic saw some notable changes, such as a shift in prominence among Malaysia’s halal trading partners.

In 2020, neighbouring Singapore emerged as Malaysia’s biggest importer of halal products. After receiving 4.1 billion ringgit worth of halal goods from Malaysia, the city-state relegated China to second place, with 3.4 billion ringgit, while the United States came in third with 1.7 billion ringgit.

Malaysia’s top 5 halal export markets in 2020 made up 39% of all its halal shipments:

The year before the emergence of the pandemic, China and Singapore were jostling for top position, with each registering 4.9 billion ringgit in halal imports from Malaysia, followed by Japan (2.8 billion ringgit), America (2.7 billion ringgit) and Indonesia (2.2 billion ringgit), after growth of 5% on the year, according to figures by the Malaysia External Trade Development Corporation.

The reduced halal export value also corresponded to a 19% reduction in the number of Malaysian exporters, from 1,876 in 2019 to 1,507 in 2020. HDC attributed this shortfall to the effect of lockdowns and time taken to upgrade Malaysia’s halal certification process to allow for online renewals and virtual document submissions. 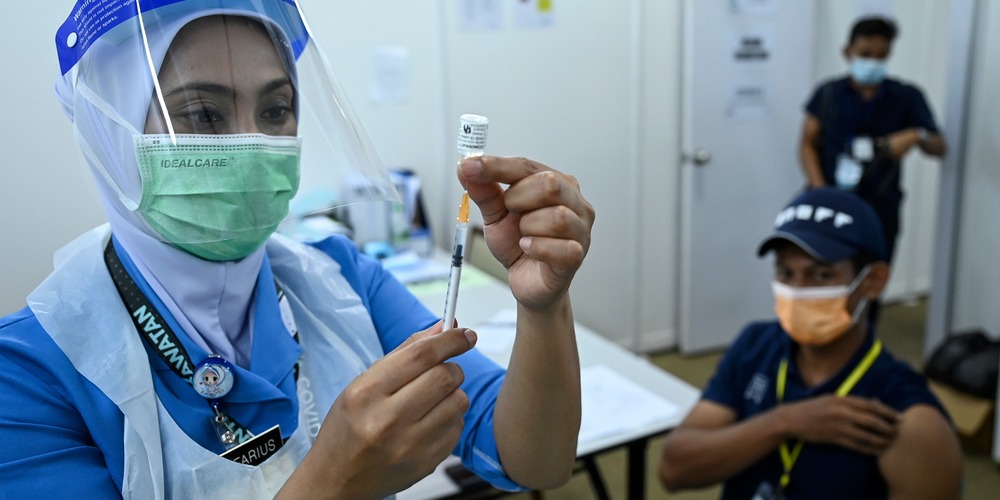 Malaysia to boost halal pharma as exports plunge and investment into dedicated hubs rise only slightly in 2020
KUALA LUMPUR – Malaysia’s halal authorities are stepping up efforts to boost healthcare and pharma as exports dropped by almost a quarter last year and domestic investment into dedicate..
https://www.salaamgateway.com/story/malaysia-to-boost-halal-pharma-as-exports-plunge-and-investment-into-dedicated-hubs-rise-only-slight