KUALA LUMPUR - “If a person has one head, two legs and a body, and they have 365 days to wear whatever they want, then what are labels so afraid of?”

Protectionism is widespread in the modest fashion industry and brands are reluctant to collaborate with each other, even after the pandemic has done so much damage, says Puteri Maizura binti Razali, founder of Malaysian fashion label Marshmallowscarf.

“Why would they want to feel that way? There’s a market of 1 billion people. No one is capable of catering for all of them by themselves. It’s big enough for everyone!” she exclaimed.

Modest fashion—and fashion in general—is notorious for the reclusive nature of its brands and their refusal to collaborate with competitors.

Many fashion designers and brand owners fret that collaborating with others would lead them to dilute their consumer base. A fashion label’s personality is also often intimately associated with the name behind it, so they fear that getting too close to another brand might water down their distinctiveness.

“It’s natural; a brand sticks to its founder’s own image. When you take into account how personal your fashion brand is, you worry that it might lose its identity when you collaborate with others,” Puteri Maizura told Salaam Gateway.

But now, amid shrinking home demand due to customers staying indoors and not needing to shop for new sports apparel, glamorous outfits or even wear the hijab to face the outside world, there is a need for small Southeast Asian modest fashion brands to tackle overseas markets.

Only by dispatching orders to customers in Europe, North America, the Middle East and elsewhere where vaccination programmes are more advanced, can such businesses exploit new markets at a time when those closer to home are still struggling.

“My brand will be nothing if we don’t find a bigger capacity, bigger capability and more market share internationally. And to mitigate the cost of shipping, we need to work with each other,” Puteri Maizura added.

The pandemic has erected sizeable barriers for even the most acquiescent businesses wishing to venture overseas, however, and most of the issues involve logistics.

Most pressing is the crippling cost of delivering orders across time zones, which in many cases is beyond the price tag of the item itself. And there is the risk of items not reaching their destinations when cheaper carriers are used.

In Indonesia, international modest fashion consultant and owner of the Markamarie label, Franka Soeria, said that “all brands are struggling”, especially as many have been forced out of their established boutiques and onto the internet to save on costs.

“There were some brands with hundreds of offline stores, but then they needed to close them. Now it is easier to run an online brand, but shipping is the hard part; it’s expensive to send orders abroad, and if something goes wrong, it could kill your brand,” she told Salaam Gateway.

“I know of one company being attacked because her products weren’t delivered on time. It wasn’t her fault, but she’s been getting attacked like crazy. People are stopping ordering from her.”

Another name in the Malaysian fashion scene hopes to get modest clothing brands to unite so they can take advantage of orders from overseas without worrying about shipments getting lost as they travel to the other side of the world.

Azrul Izzam, the founder of Airaz Technologies of Malaysia, which runs the Innersejuk modest fashion brand, hopes to convince his competitors that they would work better together by opening up new markets through collective distribution.

Azrul’s label has had a good pandemic, he says, after it quickly pivoted away from its core segment of sportswear to personal protective clothing even before the first lockdowns in Malaysia in March last year.

Since most of his suppliers were based in China, and deliveries had started to dwindle, it became clear early on that logistics would become a real problem.

Azrul’s brand had already developed a technical fabric that is antimicrobial, quick drying and had all the elements necessary for a face mask. So instead of waiting for fabrics to arrive from China, he placed orders with Malaysian materials manufacturers to produce masks from the fabric.

“That’s when we realised we needed to share the technology we had with local suppliers, and we managed to shift about 90% of our production here in Malaysia,” Azrul told Salaam Gateway.

“It was a tough decision because the risk was that other companies would have access to our formula. But at the same time, now we are able to produce products at a faster rate than before, and we sold about 700,000 pieces last year alone.”

The logistical issues Azrul experienced, and the means he employed to overcome them, appears to have given him the thrust to spread his message of coaction to a wider stage.

He is currently drumming up support for this approach.

The pandemic brought about a perfect storm that led to a huge correction in the market, pitting brands of all sizes and segments on par with each other. Smaller brands have had the opportunity to expand creatively, while bigger ones that previously had substantial advantages with their distribution have been wiped out.

Now smaller Southeast Asian brands have the opportunity to tap into awakening overseas markets while there are slender pickings at home, Azrul believes.

“But there are still a lot of things we need to fix before we can do that. To deliver one package from Kuala Lumpur to New York would cost about 130 ringgit ($31). Unless we are able to solve that logistics problem, we would never be able to enter that market,” he said.

One way to bring down costs would be to send all orders destined for individual parts of the world together. This could be done by packing them all into single crates, rather than the shipper purchasing space within a crate, which is costly.

More ambitiously, fulfilment centres such as those used by logistics giants Amazon and Alibaba could be established on a more modest scale by fashion companies, each catering for the markets surrounding them. These could be kept stocked, again through consolidated freight, and orders could be dispatched quickly and locally.

“I have only two deliveries going to America this week, but if I can collaborate with many other brands, each having their own deliveries, that might fill up a container,” said Azrul.

“It will require a strong leader to guide the way and keep everyone in check. At this stage, we are hoping that Innersejuk, with our current revenue, would be able to emerge as that leader and lead everyone else in that direction.”

Puteri Maizura also sees the benefits of such an approach. Before it can yield results, other labels must be persuaded that their home markets in Southeast Asia are small ones, and the only way for the brands to make an impact on the global market would be to share the effort.

“A lot of brand owners do not understand that if we can combine and join together, we can move faster and wider,” she said.

“We could take orders on our websites and have warehouses closer to our customers. We need to have enough volume to post to the U.S., for example, for the least cost possible, and share the cost of logistics between us.”

She has already begun to seek partners in such a venture and believes that other brands will eventually recognise this vision.

“This downtime has been an opportunity for brands to sit down and get together and figure out how we can explore other geographical areas around the world that have been less affected than us.

“Who knows? If we can solve the shipping cost, we will probably start growing at a rate that is 3-5 times faster.” 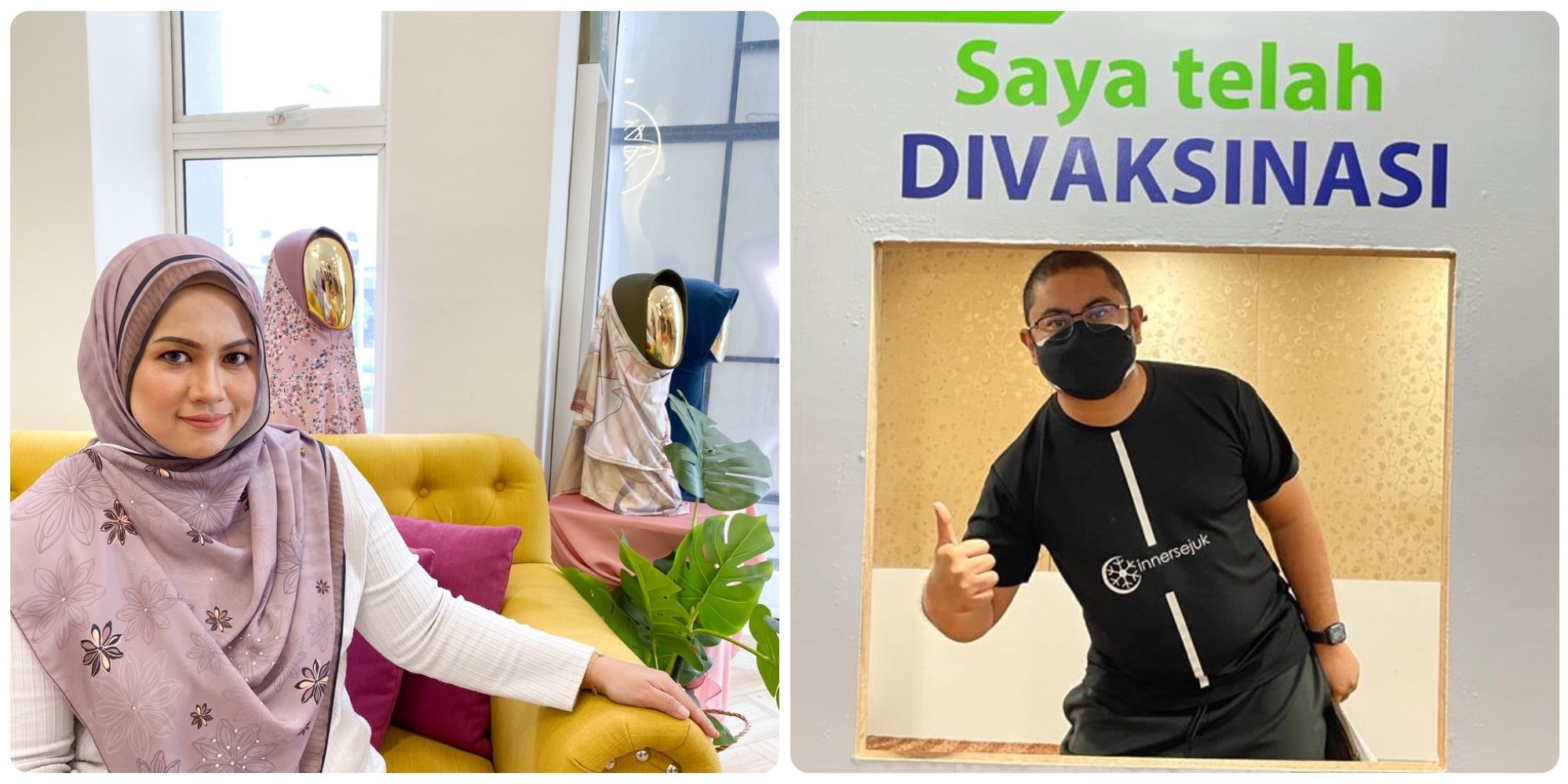 Malaysian modest fashion bosses seek collaborations to win overseas
KUALA LUMPUR - “If a person has one head, two legs and a body, and they have 365 days to wear whatever they want, then what are labels so afraid of?” Protection..
https://www.salaamgateway.com/story/malaysian-modest-fashion-bosses-seek-collaborations-to-win-overseas