*CORRECTION: The paragraphs about Mastercard and Zilzar have been corrected to clarify that Mastercard is not Zilzar's primary financier as originally told to Salaam Gateway by Fazmi Zakaria, a business relations assistant at Zilzar. We have also corrected that Zilzar currently is not a “product showcase” as originally relayed to us by Fazmi Zakaria.

KUALA LUMPUR - Alibaba, Amazon and eBay were founded between 1994 and 1999 and have since grown to become global online retail giants. Late to e-commerce, Malaysia’s halal platforms DagangHalal, Zilzar and AladdinStreet started between 2007 and 2016 chasing the global Islamic economy. How are they doing now?

There are no figures as to the size of the halal segment of Malaysia’s e-commerce industry but the potential of the contribution is likely significant, said government-owned MDEC.

However, the three dedicated halal trade and e-commerce platforms— DagangHalal, Zilzar and AladdinStreet—have not been doing well.

Of the three platforms, DagangHalal is the one with the most publicly-available data and information, having listed on London’s ISDX Growth Market in April 2016 when it raised approximately 4.2 million British pounds (around $6.1 million at the time).

DagangHalal launched in 2007 and is the world’s pioneering halal business-to-business (B2B) trade platform. It also provides e-commerce solutions for registered merchants to use on their own sites.

The company’s CEO Ali Sabri Sani Abdullah told Salaam Gateway the company has been steadily growing its products and services. In 2013 DagangHalal launched its Halal Verified Engine (HVE), a halal certificate verification system, and towards the end of 2016 it added its proprietary Halal Application Approval System (HAAS), which it charges halal certification bodies (CBs) to use.

More recently, in January this year DagangHalal took a different route when it launched Meembar, an end consumer-targeted app that locates halal restaurants and hotels as well as mosques in different countries. According to Ali Sabri, the app has been downloaded 350,000 times.

“These last two years has been a period where we are [laying] the foundation for these solution softwares,” the CEO said in an email.

“Meembar is one example where we offtake on data generated by HAAS. It would take another year or so before we are able to capitalise on all this information. Once Meembar has reached the optimum number of active users, we plan to enable chargeable transactions which means big revenue potential.”

Financially, the company announced “disappointing” performances in a mid-2017 announcement but declined to provide Salaam Gateway any figures. Its stock was recently suspended from trading due to the company’s failure to file its 2017 accounts.

DagangHalal is closely linked to the Malaysian Department of Islamic Development (JAKIM)’s Halal Hub, which has played a major role in the development of several of its products, especially the HVE. Another government agency, the Malaysian Technology Development Corporation (MTDC), holds around 9 percent of DagangHalal, according to the platform’s 2016 filing. MTDC is a wholly-owned subsidiary of Malaysian sovereign wealth fund Khazanah Nasional.

When asked if the recent change in government would affect the company’s relationships with state authorities, Ali Sabri only responded that information about the halal market will always be relevant.

“Our main focus has always been about facilitating Muslims to access this information,” he said.

In 2014, Mastercard partnered with Zilzar as a payment gateway partner, in an effort to capitalise on the growing Muslim lifestyle market.

Fazmi said Zilzar is currently in the process of looking for more investors to pump cash into the company.

Though Zilzar’s operations are paused, the platform remains open for vendors looking to connect with each other.

Zilzar Life, the company’s lifestyle publication, remains functional and continues to onboard new advertising and brand partners. It is run in partnership with Tabung Haji, the Malaysian haj pilgrims fund board, and is at the centre of an app development project.

Zilzar.com’s founder, Vaseehar Hassan, did not provide any comment at the time of writing.

Rushdi Siddiqui was no longer with the company from 2016 and the CEO position remains open.

In an interview with Salaam Gateway in April 2016, AladdinStreet said it was aiming to achieve $750 million in revenue within its first year of operation. The company also said it was targeting to onboard as many as 1,500 merchants to supply 30,000 products in three years.

Chasing the China market, the company opened its Suzhou office in late 2017 and in the same year the company also had a high-profile brand partnership with English football club Manchester United.

A company spokesperson told Salaam Gateway Malaysia is no longer a priority for AladdinStreet as it focuses on expanding into the global market. Despite its aspiration to operate in 30 markets, the company currently only has operations in Malaysia, Singapore, China, Indonesia and Kazakhstan.

AladdinStreet declined to provide any other comment. The platform is still functioning and onboarding new vendors.

The Malaysia External Trade Development Corporation (MATRADE) deputy CEO I, Wan Latiff Wan Musa, told Salaam Gateway that halal e-commerce platforms are one of the avenues to grow Malaysia’s international trade as they are more cost-efficient and have a greater outreach as compared to offline brick-and-mortar channels.

The government designed the National eCommerce Strategic Roadmap (NeSR) in 2016 to boost the country’s e-commerce GDP contribution to more than 211 billion ringgit ($51.7 billion) by 2020, from 74.6 billion ringgit in 2016.

As part of national efforts, MDEC told Salaam Gateway the launch and deployment of the Digital Free Trade Zone (DFTZ), at the end of 2017, in partnership with Chinese e-commerce giant Alibaba marked a “significant” move to “streamline and augment Malaysia’s constantly growing e-commerce space”.

Malaysia’s halal exports were valued at 935.39 billion ringgit ($242 billion) in 2017, according to the national statistics body. However, the growth of these halal exports slowed to 2.6 percent last year from 7.1 percent in 2016, according to Salaam Gateway calculation of data from MATRADE and local media citing the Halal Industry Development Corporation (HDC).

MATRADE’s Wan Latiff brushed off concerns about potential shifts in the halal market’s prospects, noting that MATRADE “[remains] dedicated to helping Malaysian companies grow into global export champions” and that “initiatives to promote local companies in the halal industry will continue to be ramped up along with relevant private and public agencies.”

He said the agency’s mandate to promote Malaysian businesses to the world has become ever more focused on including the halal segment as part of the national trade agenda.

As part of these efforts, MATRADE runs an eTrade programme to help Malaysian exporters access international e-marketplaces. AladdinStreet and DagangHalal are among the 15 platforms currently participating in the programme.

MATRADE is currently working on expanding access to the 15 platforms to its annual trade fair, the Malaysia International Halal Showcase (MIHAS), to make their presence more visible to the players in the halal industry, said Wan Latiff.

“Given the emphasis on e-commerce, the B2B halal platforms must adapt to the growing dynamism – as a result of globalisation and the megatrends,” he said. 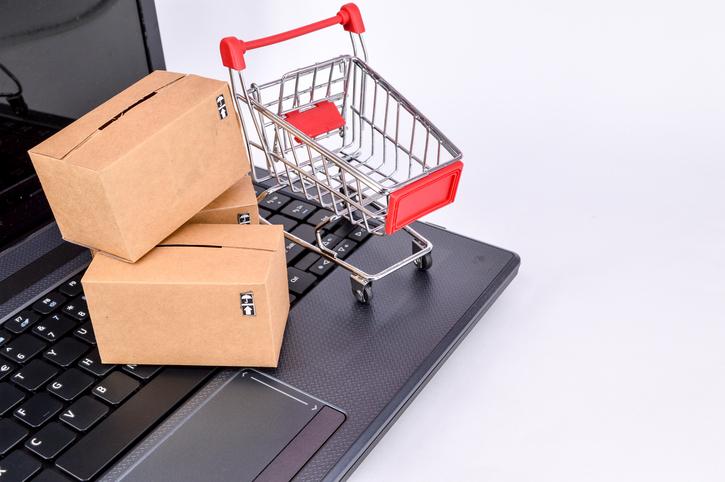 Malaysia’s B2B halal e-commerce platforms DagangHalal, Zilzar, AladdinStreet: Where are they now?
*CORRECTION: The paragraphs about Mastercard and Zilzar have been corrected to clarify that Mastercard is not Zilzar's primary financier as originally told to Salaam Gateway by Fazmi Zakaria, a..
https://www.salaamgateway.com/story/malaysias-b2b-halal-e-commerce-platforms-daganghalal-zilzar-aladdinstreet-where-are-they-now