KUCHING, SARAWAK, MALAYSIA - Malaysia’s national halal certifier, the Department of Islamic Development Malaysia, better known by its Malay acronym JAKIM, is planning an award to highlight and reward compliance and excellence of halal certifying bodies it recognises and the companies certified by them, the authority announced yesterday at a press event in Sarawak, Malaysia.

Halal standards developed by the Department of Standards Malaysia and implemented by JAKIM are seen as an important benchmark for the halal industry globally and are widely adopted by certifying bodies in other countries in the absence of a single global halal standard.

“The International Halal Award are a natural extension of JAKIM’s global standing in the industry as we use it to highlight and reward those who go above and beyond when it comes to compliance, innovation, excellence, sales, integrity, transparency, academia and technology,” said Sirajuddin bin Suhaimee, director of JAKIM’s halal hub division.

JAKIM currently recognises 67 foreign certifying bodies based in 41 countries. Its recognition enables easier export access to Islamic and halal markets. Australia, for which the Middle East and North Africa, Malaysia and Indonesia are its biggest halal markets, has the highest number of recognised certifying bodies with seven, followed by six in Japan and four in China.

JAKIM is organising the annual award with SME Corporation Malaysia (SME Corp) and Serunai Commerce, the company that developed the Verify Halal app and Global Halal Data Pool, a repository for online halal brands and products.

The award categories, criteria and methodology are being worked out and will be announced in April next year during the ninth Halal Certification Bodies Convention in Kuala Lumpur, the three co-organisers told Salaam Gateway.

The assumption that everything is halal unless stated otherwise in Muslim-majority countries is no longer an option, said Hashim, adding that Muslims increasingly want the guarantee that their foods, beverages, cosmetics, personal care and pharmaceutical products are halal-certified based on strict standards.

In the Middle East, the United Arab Emirates (UAE) has been the most proactive in implementing halal certification for products that are halal. The Emirates Standardisation and Metrology Authority (ESMA) introduced the UAE Halal National Mark in 2014 in an effort to standardise halal certification in the country.

JAKIM recognises ESMA as a foreign halal certification body and only three other  certifying bodies in the wider Middle East: the Egyptian Organisation for Standardisation and Quality, the Islamic Chamber Research and Information Center in Iran and Institut Marocain de Normalisation, according to the Malaysian certifier’s latest list of recognised foreign halal certification bodies and authorities released on September 15.

More certifying bodies from the Middle East may soon be included. “We’re looking for another mutual recognition, between JAKIM and the Gulf Accreditation Centre (GAC) and also the Gulf Standardisation Organisation (GSO),” Suhaimee told Salaam Gateway.

The recognition of GAC will bring all six member states of the Gulf Cooperation Council (GCC) and Yemen under JAKIM’s recognition.

The app currently has information on eight countries, including Malaysia, Indonesia and India. Users can determine the halal certification of a product by scanning its barcode.

User data could prove to be a goldmine for businesses. “We can give the brand owner quite detailed statistics for their products; who looks at it, what their ages are, which countries they’re looking at etc,” she added.

But even for a widely-recognised body such as JAKIM, companies have been slow to share data. “It’s been a long journey to get the buy-in from the various countries,” said Hashim.

“They have to believe in us, to be able to share their data with us,” she added.

With the recognition that JAKIM itself has earned from foreign certifying bodies in 41 countries, the international halal award can help boost halal trade and build a stronger global Islamic economy, said Hashim. “If we can have the connectivity within the Muslim population, through halal trade, then you can imagine the immense power we can have.”

Investment into Malaysia’s halal industry was $3 billion in 2016 with 11,000 new jobs created and halal exports for food alone at over $10 billion, according to Hashim.

United States-based Islamic Food and Nutrition Council of America (IFANCA) awards an annual ‘Company of the Year’ award for excellence in halal compliance. 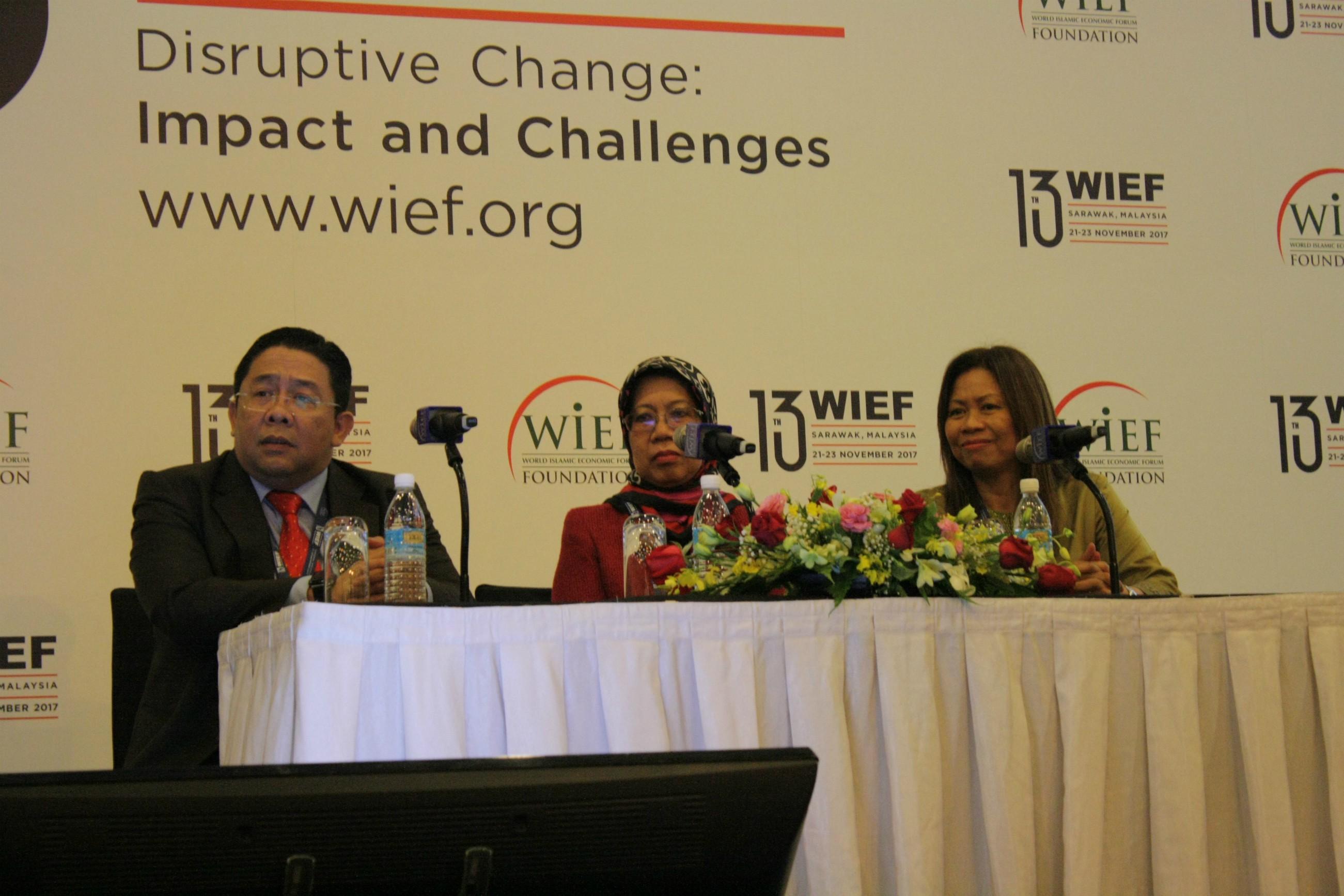