The oud, a short-neck lute-type stringed instrument, has been played for over 3,000 years (Shutterstock).

Music through the tunnel of time

Beirut: Fly without wings to the boundaries of the limitless universe – an improbable dream made possible by the seven musical notations Do, Re, Mi, Fa, So, La and Ti. Now they are ready to send you flying any time you want and to destinations only limited by your imagination.

Those seven simple sounds work like a time machine – set the time and travel to the past or future and go through worm hole in quantum physics.

Humans have known music since the dawn of existence. What is astonishing is wherever cave sounds are more interesting, we are also likely to find the greatest concentration of prehistoric art. The first person who mapped in detail this great link between sounds and cave paintings was musicologist Iegor Reznikoff.

Hence, the sounds of nature are the first music teacher and there is no wonder in describing the earth as the “macrocosmic musical instrument” and the creatures on its surface as the orchestra.

That means music is not limited to one society or civilisation with British ethnomusicologist and social anthropologist John Blacking, in his book How Musical Is Man? stating “humans are basically musical”.

Given its complexity, it has not been easy to define music or determine its date of birth. However, Wajdi Abou Diab, Lebanese composer and pianist, says “the concept of music has changed through the ages due to the change in the opinions of authors and musicologists”.

This complexity is obvious in the multi-approaches that try to answer these questions. As a term, music first appeared in the Oxford English Dictionary in the 13th century, but even specialised encyclopaedias disagree about its definition.

Consequently, German musicologist Heinrich Hüschen says “to the present time no complete and definitive definition of music (exists) and thus no absolute solution to the question of what music is”.

Abou Diab adds it is possible to say “the meaning of music has transformed into any singing or playing of a musical instrument that produces sounds with a specific pitch, height and intensity.” It has a specific time period and is often associated with what a person likes to hear and accept.

Muslim historian Al-Masudi in his book Mouruj al Dhahab wa Maadin al-Jawhar (English translation: The Meadows of Gold) wrote “the geographer and musicologist Ibn Khurradadhbih says ‘there are many opinions concerning the origin of music’.”

Muhammad ibn Jarir ibn Yazid, also knoswn as Al-Tabari, says the origin of music dates to Adam and Eve when “Cain is credited with the first song, which was an elegy on the death of Abel.”

In his book This is your Brain on Music: The Science of a Human Obsession, Daniel Levitin, a McGill University neuroscientist, said “no known human culture now or anytime in the recorded past lacked music”. “Arabs knew music and developed it and this is obvious in the Arabic language which has many terms related to music and its instruments. Even in Arabic there is a term which cannot be translated to any other language; this term is ‘tarab’.”

Ibn Manzur, Arab lexicographer, in his work Lisan Al-Arab, defines it as “happiness, sadness and passion”, so it relates mixed emotions and indicates a merger between music and emotions.

Oud, Lamak, an instrument developed by Arabs, has a long evolutionary history. According Al-Mufaddal Ibn Salama “the first who made and played the oud was a man of the sons of Qabil the son of Adam, called Lamak”. 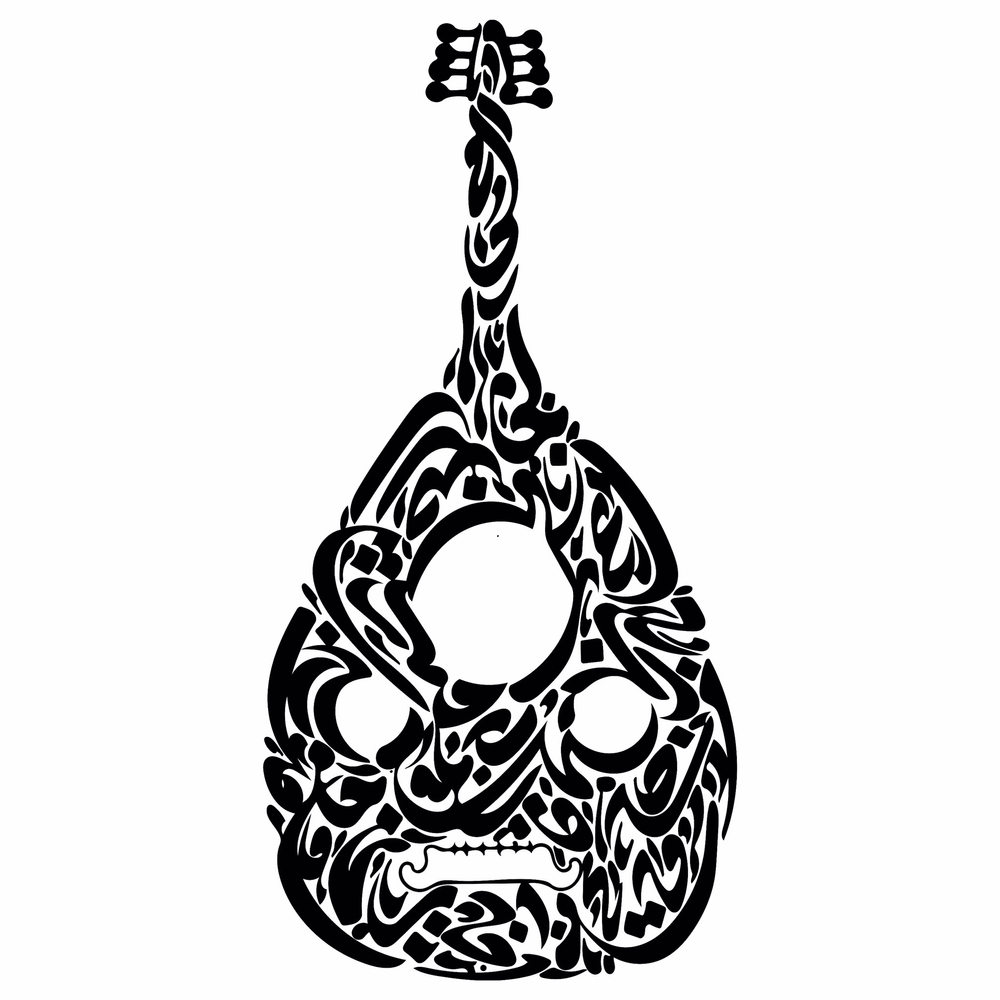 The oud was allegedly invented by Lamak, a descendant of Adam (Shutterstock).

Reverting to nature as being the first music teacher, one of the main sources for Arabic music was huda (huda el ibil, camel walking). Abou Diab says “Arabic music is rooted in lyrical music and (its) basis is the human voice”.

“It had a strong connection with Arabic poetry and the life of Arabs in the desert. It is said the first to sing was a camel shepherd who yelled to motivate the camels to walk quickly; to call them at the time of eating and drinking.”

The most famous types of this style was nasb; later divided into two types of ghina (singing) known as “heavy” and “light” and performed by qayan. Two famous qayan were Jaradatan with legends saying, after a lengthy drought, the ancient people of Ad sent a Jaradatan group to Mecca to pray for rain.

The group was so charmed by their singing that they forgot their religious duties, causing destruction on their people. Various references quote the poet Shair as a musician who played an instrument or had beautiful voice or both. He was mostly accompanied with an instrument player or vocalist like Alqama Ibn Abda (one of the Muallaqat poets) to sing his poem.

Music in Arab-Islamic civilisation covers at least 15 centuries and includes diverse regions given the religion’s geographical spread. Consequently, the music was affected by the previous and the new civilisations.

It brought to the fore significant names like Tuwais, the first professional male singer and accompanied with duff, while the female singer Azza Al-Maila was accompanied by mizafa or mizhar or oud.

These developments flourished due to the cultural conditions Islam had created and its music-supporting people like Aisha, wife of the Prophet Mohammad, Al-Hasan, grandson of Khalifa Ali and Saad Ibn Abi Waqqas.

More singers, male and female, emerged and became professional. New ideas were introduced as Islam spread beyond the Arab peninsula and mixed with different civilisations, effectively pushing advances in music.

These advancements also appeared in different writings. Surayi wrote about vocal control and other things related to music, saying “the best musician is he who enriches the melodies and who quickness souls; who gives proportion to awzan and emphasises the pronunciation, who knows what is correct and establishes the irab”.

The Umayyad Khalifas also encouraged these developments. Muawiya I supported Said Khathir, a famous musician at that time; Yazid I was a poet and music lover and the first to introduce musical instruments and singers into his majlis (salon or court). 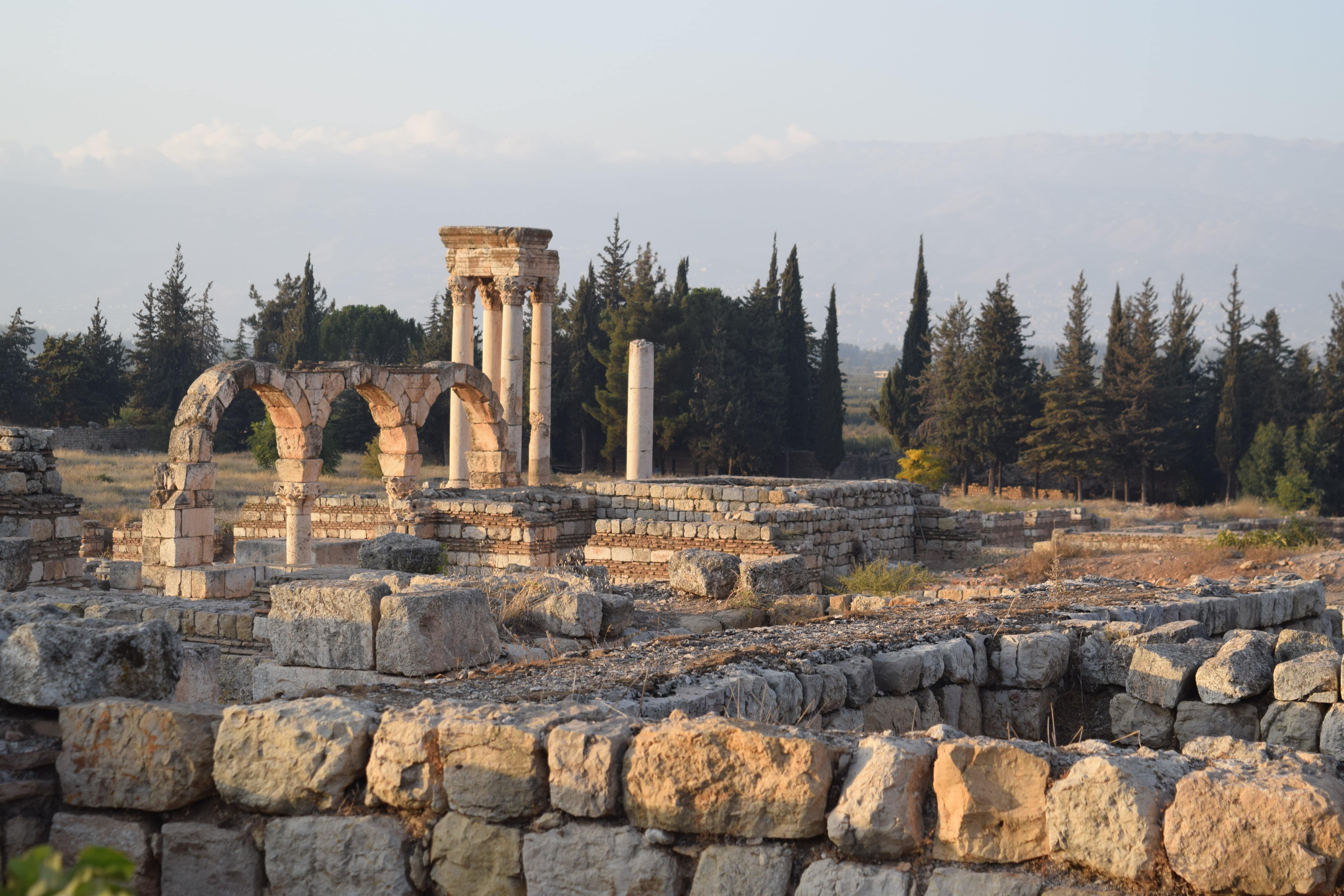 The colonnades of the 8th century BCE Umayyad palace at Anjar, Lebanon. The Umayyad Khalifas were supportive of musicians (Paul Cochrane ©).

Abbassid period and after

During these periods, music and sciences reached their peaks given the Khalifas support for translations and sciences. There also appeared the philosopher-musician who wrote about every musical field and the arena with professionalism

“The generosity of the Abbasid Khalifas over the musicians is one of the most important reasons for the flourishing of Arabic music.”

Theoretically, most books dealing with musical theories or teaching, used the ud to show the dimensions, basic degrees and nuances to explain the maqams and methods of playing. Abou Diab added that, for example, Al-Munajjim discussed the eight modes in terms of the diatonic fretting to which their names related on the ud’s upper strings.

Philosopher-musician Al-Kindi wrote about ordered chordophones according to the number of their strings and was the first philosopher-musician to explain iqaat, naming the ud as the “instrument of the philosophers”. Ibn Sina, known in the west as Avicenna, introduced rast as a new musical terminology.

The Abbassid period knew and developed music therapy. In his book Tibb Al-Mufus, Ibn Aqnin says, “In the case of melancholy... the (patient) can cure it by listening to the performance of instrumentalists and to sing of poems”.

Al-Kindi says the musician should “develop diagnostic skills parallel to those of the physician” to prescribe suitable treatment.

Establishing the musical history of the Arab-Islamic civilization is not easy, but necessary to understand the modern era. As Arab-Islamic music grew regionally, two major branches emerged – the eastern branch (Egypt, Syria, Iraq and Lebanon) and the western branch (Morocco and Tunisia).

According to the New Grove Dictionary of Music and Musicians, both may derive ultimately from the court music from the Umayyad and early Abbassi periods. One of the most famous conferences tackling early Arab-Islamic music was held in Cairo in 1932 and renewed attention to many theoretical issues.

Abou Diab credits the maqam system for providing Arabic music with its characters. The maqam contains a wider range of dimensions including the ton, half and three-quarters and various modifications according to the maqam.

By its nature, Arabic music is monophonic, placing importance on the horizontal melodic path. The musician adds the difference in instruments and playing methods, improvisation and language.

Again, the Gulf states refreshed the historical music and spread it globally. It evolved in Saudi Arabia, and now the country is encouraging musical development and pushing it to the highest level.

Support comes from the government with new music schools being opened and concerts and the Madrasati platform, the online education platform, boosting interest. The aim is to provide students with a clear idea of ​​music; the skills of writing musical notes and learning international artists’ techniques.

The seven notes have returned to Saudi Arabia and their new modern shape is ready to again fly you to the boundaries of the limitless universe. 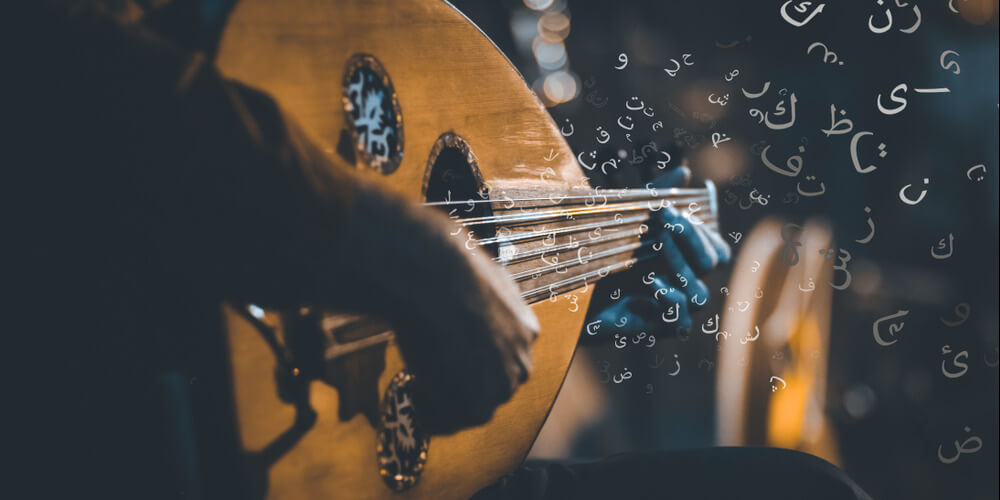 Music through the tunnel of time
Arab-Islamic music added the philosophers’ instruments.   Beirut: Fly without wings to the boundaries of the limitless universe – an improbab..
https://www.salaamgateway.com/story/music-to-travel-through-time