Muslim awareness on the rise: How big is the halal pharmaceuticals industry?

Muslim awareness on the rise: How big is the halal pharmaceuticals industry?

Muslims spent $92 billion in 2018 on pharmaceuticals, from $87 billion the previous year, according to the State of the Global Islamic Economy 2019/20 report.

With Muslim awareness of the need for halal pharmaceuticals on the rise, the industry is projected to grow to $134 billion by 2024, said the report from DinarStandard.

This increasing awareness among Muslims has developed alongside  a broader global healthcare trend towards personal choice: patients should be well-informed, and able to choose treatments in line with their beliefs and ethics.

Indeed, it is the lack of a halal alternative that has driven the anti-inoculation phenomenon in many Muslim-majority countries, with parents concerned that vaccines contain porcine gelatin.

This has prompted the Organisation of Islamic Cooperation (OIC) to form a special working group to create halal vaccines and medicines.

The development of halal pharmaceuticals therefore serves a broader social impact, especially as rates of communicable diseases are higher in OIC countries than in non-OIC developing countries.

For all data and analyses of the global halal pharmaceuticals industry as well as all other sectors of the Islamic economy download the report from here.

The State of the Global Islamic Economy is published annually since 2013.

It is produced by growth strategy and advisory firm DinarStandard, the parent company of Salaam Gateway. 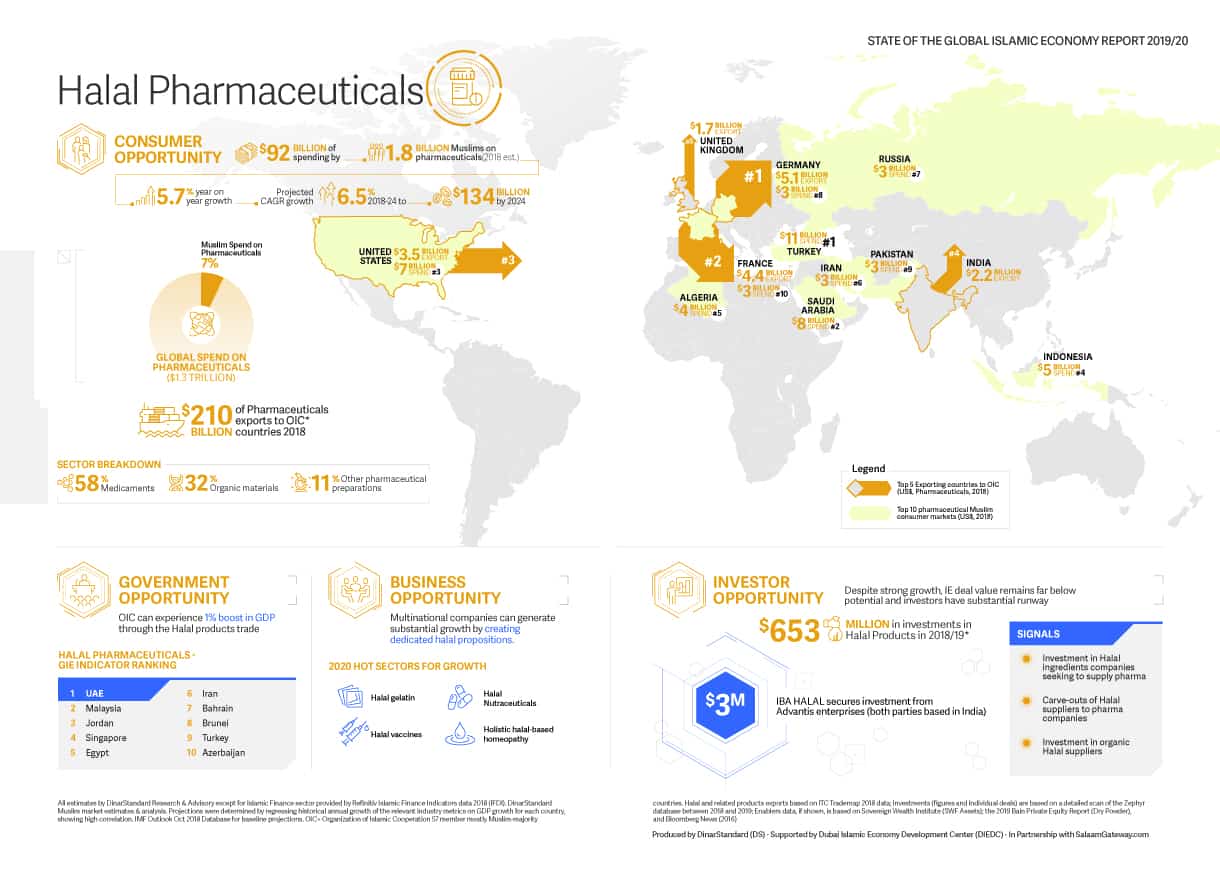