Dal Lake in Srinagar. The Indian government hopes Kashmir will attract $9.3 billion in the next six months (ImagesofIndia/Shuttersock).

Can the Himalayan state facing periodic bouts of violence emerge as a place of opportunity and investment?

A delegation of Muslim countries has shown keen interest in investing in Kashmir.

A high-level Gulf country business delegation, including the United Arab Emirates (UAE), said Jammu and Kashmir was a significant investment opportunity and its members would soon finalise their investment plans.

Delegates representing more than 30 companies participated in the Gulf Business Summit at the Srinagar Sher-e-Kashmir International Convention Centre (SKICC) in mid-March to convert about $450 million in memorandums of understanding (MOUs) signed earlier this year into reality.

In 2019/20 foreign trade between the two amounted to $60 billion, while the CEPA is predicted to boost bilateral commerce to $100 billion within five years. This is testimony to the deep ties between the two nations.

According to the Jammu and Kashmir lieutenant governor Manoj Sinha, Kashmir has evolved from a quiescent commercial destination to a place of opportunity and investment.

“The government is hopeful to bring in an investment of over US$ 9.3 billion in the next six months. In 2021 the Union Territory secured $2.5 billion in investments, demonstrating the region’s business potential and vast opportunities. If and when the investments take place, it will generate a minimum of 600,000 to 700,000 jobs in the region,” he said.

The Gulf countries have evinced interest in investing in Kashmir, although it is a disputed Muslim majority region wracked by an insurgency since 1989 that has claimed 41,000 lives, according to the last available government data released in 2017.

On 5 August 2019 the Indian Parliament revoked the temporary special status or autonomy granted under the Indian Constitution to Jammu and Kashmir. The central government said the special status had hindered the region’s industrial development.

Sinha said now people who were not original Kashmir residents could own land and immoveable property in the state, effectively encouraging investment particularly Muslim countries wanting to exploit the region’s investment potential.

Abdulla Mohammad Yousuf Abdulla Alshaibani, the CEO of Emirates International Investment Group, asserted, “There was a big opportunity to invest in Kashmir for the visiting delegation that included CEOs of top companies, entrepreneurs, start-up representatives and exporters”.

Sinha added the visit was an expression of confidence by industry leaders in the potential for business cooperation between Jammu and Kashmir and the Gulf countries and to make the “paradise on earth the most beautiful investment destination” in the world.

Kashmir has been universally acknowledged as heaven on earth.

The Gulf countries are drawn to Kashmir as they seek local support. Government statistics indicate unemployment is one of the region’s biggest problems, estimated at 46.3% among educated youth. The industrial leaders hope job creation opportunities will win local trust.

Ranjan Prakash Thakur, Jamma and Kashmir principal secretary industry and commerce, said initially investors had apprehensions about the strife-torn conflict zone. In that light the visitors had been invited to check independently; it had not been a sponsored visit.

The Kashmir Chamber of Commerce and Industry (KCCI) said the government initiative would open doors for further opportunities in Kashmir.

Sheikh Ashiq Ahmad, KCCI president, told Salaam Gateway that “before coming to the conclusion about the meeting, I always believed it was a welcome thing that a delegation has come and interacted with officials. My belief is the day when the members of the business community meet each other, the business starts,” he said.

In facilitating Kashmir-based start-ups in establishing their operations in Gulf countries, the visiting delegation also announced plans to open a Dubai-based Kashmir business centre to support and connect Jamma and Kashmir-based entrepreneurs with relevant people and businesses.

However, there are fears more violence could occur in the region following reports that separatist groups in Kashmir have acquired weapons the Taliban seized from the US army after the latter’s withdrawal from Afghanistan last year.

This has not been officially confirmed by the Indian army or government authorities, but in an unsubstantiated video released by terror group People’s Anti-Fascist Front (PAFF), militants are seen using US-made rifles and pistols. Equally, terrorists killed in Kashmir by security forces in different operations were found carrying US-made M4 carbine rifles.

According to some media reports, the Taliban is selling leftover arms and ammunition that could end up in Kashmir. 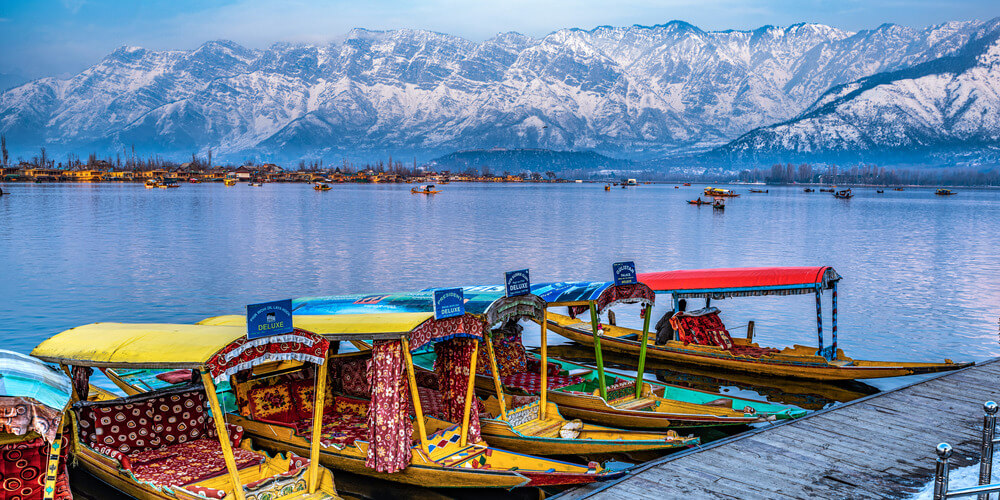