LONDON - The United Kingdom is set to get its first-ever Shariah-compliant impact fund that will finance projects in the agriculture and renewable infrastructure sectors.

The new fund is aimed at Islamic institutional investors looking to diversify their investment portfolios and will be available in accumulation and distribution share classes in GBP / USD / EUR currencies, according to the company’s founder Craig Reeves.

“Prestige is in discussions with up to four to six seed institutional Islamic investors, [we’re]- not sure if they will all come into the fund at the same time,” Reeves told Salaam Gateway. “The Premium Alziraea Fund will begin accepting new subscriptions in August.”

The Cayman Island domiciled fund will invest in a diversified portfolio of secured asset and project-based finance projects, many of which may be or are backed by the UK government.

The open-ended fund will finance projects of at least $5 million and up to $30 million.

The fund will operate as an open-ended ‘evergreen’ vehicle although it will have a one-year lock up and monthly liquidity on 90-180 days.

Prestige Funds focuses on alternative financing in the agriculture and renewable sector and will act as the fund’s investment manager.

Privilege Finance will originate and organise the financing of deals. Cambridge-based Privilege Finance is a specialist financer in projects that seek to reduce carbon emission and mitigate against climate change.

The new fund will aim to replicate the same trading strategy as Prestige’s Alternative Finance Fund that was launched in 2009.

Reeves said Premium Alziraea Fund’s strategy has a low correlation to traditional equity, bond or commodity markets and will be more liquid than real estate.

“Investors are increasingly looking at alternatives, including in areas of private lending, partly driven by record low and negative bond yields,” he explained.

The fund will invest across a broad portfolio of projects and small businesses with a focus on UK agricultural, horticultural and rural small businesses that have historically operated with lower defaults than other sectors.

The initial target asset raises for the Premium Alziraea Fund in the first year is $50 million to $75 million, according to Reeves, although he said the current investible opportunity pipeline stands at £500 million to £700 million ($685 million to $960 million) over the next one to three years.

The fund will aim for net capital appreciation of 5% to 7% per annum with target annualised volatility of 1% and will operate without using leverage or performance fees.

The UK is a signatory to the Paris Climate Accord and has pledged to be carbon neutral by 2050. As part of its pledge, British authorities have said they would ban the sale of new petrol and diesel cars from 2030.

Further, the UK government has pledged to potentially source around 20% of its gas supplies from domestic renewable sources within the next decade. It has also pledged to stop burning coal to generate electricity as well as reduce the use of landfill waste disposal within the next 15 years.

In the agriculture sector, according to government statistics from November 2020, the UK imports around 45% of its food. Prior to Brexit, around 26% came from the EU. There is now a need to increase domestic food farming and production to sustain domestic needs and maintain food security.

However, despite advances in sustainable forms of farming, the agricultural sector contributed a relatively large 8% of the UK’s emissions in 2019.

There is clearly a growing need to finance agriculture and renewable projects if the UK wants to achieve its climate goals. For example, the government’s three-year sustainable farming plan 2021-2024 highlights the need for more private financing in the agriculture sector.

There are many established conventional impact funds, financing, and trusts servicing the agriculture and renewable infrastructure sector in the UK.

However, a large proportion of these do not get involved in smaller or in early-stage projects.

Simultaneously, traditional lenders like commercial banks often do not finance SMEs in the agriculture and renewable sector due to their small transaction size.

Addressing the gaps, the government recently announced the creation of a dedicated UK Government’s ‘Infrastructure Bank’ that will assist and encourage private sector investment in infrastructure projects.

Amid this landscape, the Premium Alziraea Fund will give Shariah-sensitive industry players an Islamic option for their financing needs.

He highlighted there are many opportunities for Islamic investors to get involved with government supported projects.

“The projects have UK government-backed tariffs,” said Winward. “This will mitigate risk and provide solid income returns for investors.” 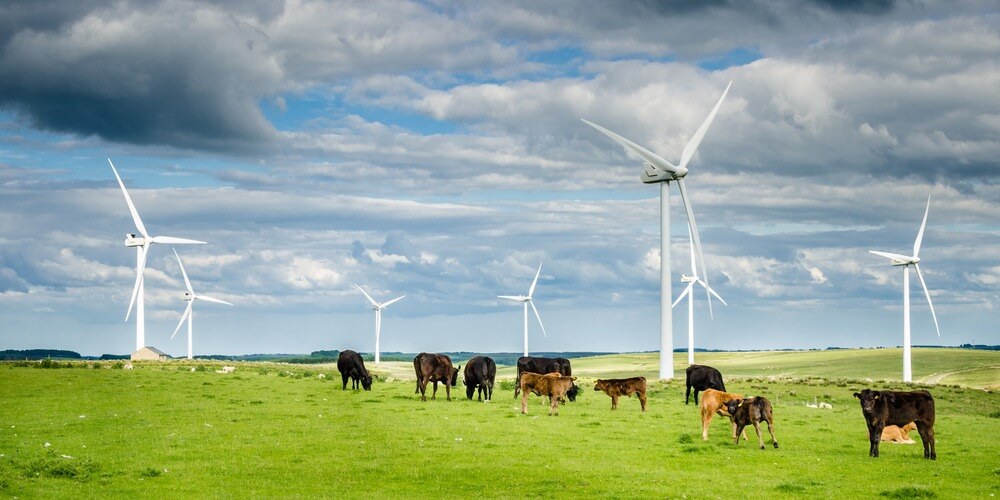