For the first time Iran will introduce takaful (insurance) for its Sunni population, which is less than 10 million out of the country’s 85 million people. Amin Re has applied for a takaful licence to operate on Kish Island, off the country’s south coast. According to the Financial Tribune, citing Risknews, Amin Re submitted application both to the country’s regulatory body and the Kish Island Free Trade Zone Organisation.

While Iran has an Islamic financial system it operates differently from Sunni majority countries. The Iranian religious authorities had not previously endorsed a Sunni-focused takaful system, but in December, the finance ministry indicated it was open to takaful due to rising demand.

The Bahrain-baed Auditing Organisation for Islamic Financial Institutions (AAOIFI), the International Islamic Financial Market (IIFM) and the Islamic Financial Services Board (IFSB) are working n standards to “reflect the economic reality of the Islamic transaction rather than the money market price,” the Central Bank of Bahrain (CBB) Governor Rasheed Al Maraj was quoted as saying by Gulf Daily News at the 20th Annual Sharia Board Conference of AAOIFI.

The governor said that the “implementation of risk-free benchmark rates replacing Libor is of interest to the Islamic finance industry,” the newspaper wrote. “I believe it is time for the industry to try to address one of the strongest and most common criticisms from the public about the use of traditional benchmark rates for Islamic transaction pricing. It is admittedly more complex and subtle than just using a money market reference price but it is the right thing to do,” said Al Maraj. “I hope that the revised common standard incorporates market best practices in Sharia governance and will significantly raise the level of governance for the industry,” he added.

The five digital banks awarded with a licence by Bank Negara Malaysia, the central bank, of which two are Islamic banks, are not likely to become significant market players for at least five years, according to Fitch Ratings. Asian Banking and Finance quoted the agency as saying that “the digital banks are likely to be active in less capital intensive areas, such as payments and remittances, distribution of third-party investment and insurance products, as well as selective lending.As such, digital banks are not likely to become major competitors to traditional banks within the next five years.”

Fitch stated: “These [new digital banks] tend to revolve around under-served clientele, such as lower-income consumers and micro and small enterprises that lack the collateral or cash flow required by banks to qualify for credit.”

Regulations will also hinder expansion, with Bank Negara’s licencing framework capping digital banks’ assets at Ringitt 4 billion ($688 million) in the initial phase, which is until 2026, and possibly until 2029.

“This means aggregate digital bank balance sheets will be less than 1% of the system in the medium-term under even the most bullish assumptions,” Fitch stated. Competitive pricing is a further drawback.

“The availability of unsecured financing at comparably low rates of 15%-18% is likely to set low benchmarks on what new entrants can realistically charge, which may not be adequate to compensate for the higher risk of lending to lower credit-quality customers,” the report said, adding that taking a slice of the market is going to be an uphill battle. “The large banks’ incumbency advantage is unlikely to be eroded within the medium term, even if competition intensifies at the margin in areas that the digital banks choose to compete in.” 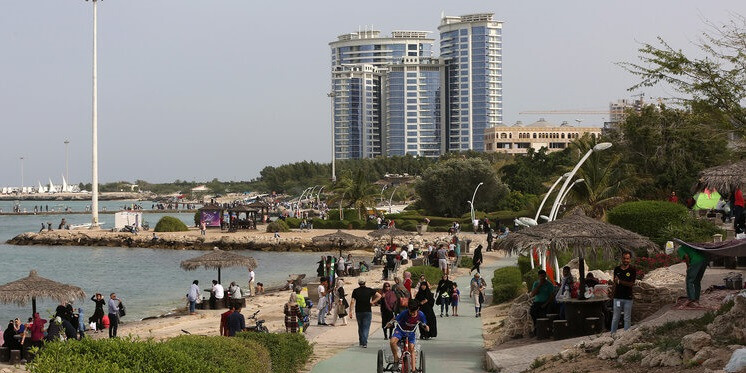