As the global drive toward digitisation accelerates in the wake of Covid-19, implementing online solutions is even more critical to meet adapted consumer behaviour and market conditions. Moreover, particularly in emerging technology markets, the integration of paradigm-shifting technologies allows consumers, corporates, and governments to leap rungs on the evolutionary ladder.

Novel technologies allow for virtual infrastructure where the physical lags, allowing the provision of critical services not possible in the offline realm. Nowhere is this demand more critical than Iraq, a market with massive untapped potential, hindered by a historical lack of cohesive offline infrastructure. Iraq boasts a young, technology-savvy, well-educated consumer base with relatively high purchasing power. Yet these individuals struggle against the challenges imposed by outdated or broken infrastructure and fragmented supply chains.

Into this void steps Iraq Islamic Bank (IIB) and MSA Novo (MSA), with YAG Capital as senior advisor for this partnership, according to a press release. Now is time to lay the digital rails and platforms on which all future commerce, financial services, government administration, and healthcare delivery will reside.

Under these conditions, it is paramount to not just invest in startups but directly engage in building companies which merge the technical capabilities and global best practices aggregated by MSA with the local market knowledge and execution capabilities of IIB. This vehicle is historically the first endeavour of this nature established for Iraq and the largest pool of capital ever aggregated for investment into the technology ecosystem in the country. This initiative aims to not only create value for its investors and the shareholders of IIB but will also kickstart the innovation flywheel in the market. By funding, building, and mentoring the next generation of Iraqi business leaders, this endeavour seeks to lay the foundations for the country's long-term economic and social success.

The fund is already among the active investors in Iraq, having co-led the most extensive funding round in Iraqi tech startup history with the super app, Baly. Targeted investment sectors will be core logistics and payments infrastructure layers, consumer technology platforms and enterprise enablers.

The Islamic Development Bank Institute (IsDBI) is inviting nominations for its prize for Impactful Achievement in Islamic Economics for the year 1444H (2023). Focusing on the Development Solutions Achievement category, this cycle of the Prize aims to recognize, reward, and encourage creative projects that successfully solve economic and financial challenges in the IsDB member countries, according to a press release.

Individuals and institutions can apply or nominate other individuals and institutions based on a project that has a positive and significant impact on people’s lives and has a substantial impact on economic development based on Islamic principles. The prize comes with a $100,000 award for the first-place winner, $70,000 for second place, and $30,000 for third place. The nominated projects should be initiated within the previous seven years and be replicable elsewhere.

The prize winner and runners-up will be honored at a ceremony during the 2023 IsDB Group Annual Meetings on a date to be announced in due course.

Bank Negara Malaysia (BNM) and the Securities Commission Malaysia (SC) are pleased to announce that the Royal Award for Islamic Finance 2022 will be conferred at a ceremony on 4 October 2022 in Kuala Lumpur, according to a press release.

The Royal Award recognises visionary individuals whose outstanding achievements and innovative ideas contribute significantly to the growth of Islamic finance, the global economy, and  social progress of communities around the world. A global call for nominations was made in December 2021, following which 49 submissions were received for 37 nominees from 14 countries. These nominees include renowned Islamic finance practitioners, Shariah scholars, and academicians.

This year’s winner will be the sixth recipient of the prestigious Royal Award, which was  inaugurated in 2010 as a biennial award1 in support of Malaysia as the global standard of a comprehensive and sophisticated Islamic finance marketplace.

In addition to the Royal Award, two new award categories have been introduced this year - the Emerging Leader Prize and Impact Challenge Prize which will be presented in a separate ceremony.

The Emerging Leader Prize recognises young international talent who have made outstanding contributions in advancing innovative ideas in the field of Islamic finance. For this award, the Secretariat has received a total of 18 submissions for 14 nominees from 8 countries. The prize winner is determined by an international panel of Selection Committee, comprising esteemed academicians and industry practitioners.

Meanwhile, the Impact Challenge Prize recognises digital and innovative solutions based on Islamic finance principles or Islamic finance enablers, that seek to improve the economic and social resilience of financially impacted communities globally. This prize is a collaboration with the World Bank Group Inclusive Growth and Sustainable Finance Hub in Malaysia and the Malaysia Digital Economy Corporation. The prize winner(s) are evaluated based on four criteria - innovation, impact, commercial viability and scalability.

The organisers have received 50 applications from 14 countries for the Impact Challenge Prize. Those who met the criteria were shortlisted to join an Accelerator Programme. At the end of the Programme, they presented their innovative solutions to a panel of judges, comprising senior representatives from BNM and SC, Islamic Development Bank, World Bank Group and the venture capital industry. The Emerging Leader and Impact Challenge Prizes will be presented at the Global Islamic Finance Forum (GIFF) on 5 October 2022 in Kuala Lumpur.

The Islamic Development Bank Institute (IsDBI) has released a book which reviews the history and exceptional achievements of the IsDB from a nascent idea till the retirement of its first President, Dr. Ahmad Mohammad Ali, in 2016, according to a press release.

The new book is the English language translation of the original book first published in Arabic language in 2020. It deals with the various stages and key milestones the IsDB went through in the context of global and regional changes. It also highlights the first IsDB President’s initiatives, approaches, and ideas that he drew on in his interaction with the realities of countries and communities whose aspirations for growth, progress, and prosperity are depicted in the essence of the Bank’s mission.

The book includes success stories that illustrate valuable lessons as well as testimonies of personalities who dealt with the Bank, believed in its mission, knew Dr. Ahmad Ali well and highly appreciated him. The book was written at the behest of the former IsDB President, Dr. Bandar M.H. Hajjar, in compliance with a decision of the Board of Executive Directors.

Written in a simple yet very structured style, the book will be useful for diverse groups of readers, including researchers, development specialists, those interested in Islamic banking, and analysts of institutional and administrative practices and experiences. The authors are two retired senior IsDB staff members, El Mansour Ben Feten and Dr. Marwan Seifeddine, who worked previously as advisors to the first president and as department directors. They deployed the tireless effort and the diligence required in authoring a work of this nature by ensuring meticulousness and accuracy under the supervision of Dr. Ali and with the support and assistance of a team of IsDB Group officials.

UAE-based Produze, a platform for bringing agricultural producers and international retailers together, raised $2.6 million in seed financing led by Accel (first investors in Facebook, Spotify, Flipkart) with participation from All In Capital, and founder/CEOs of Ninjacart, Sammunati, Fashinza, Drip Capital, CityMall, Stellapps, DhanHQ and other investors, according to a press release.

“Cross border supply chain for agri produce today is fragmented with several intermediaries and poorly managed processes, which creates inconsistency in quality, inefficient prices and wastage - leading to loss in value for the retailers and distributors.” said Ben Mathew, C0-founder & CEO, Produze. “At Produze, we’re enabling seamless commerce between the retailers and agri producers to return this wasted value back to them.”

Produze will serve multiple agri produce categories in multiple countries in Middle East, North America and Europe, serving a $143 billion market. The platform is now inviting applications for retailers and distributors on produze.com

“The Middle East has been a big strategic focus for Produze; UAE for instance is a dynamic and globalised market relying significantly on imports for food needs of an expanding population, where citizens and residents seek premium and uncompromised food quality at competitive prices. Produze is committed to bringing the benefits of technology and source producers access to enable retailers to get consistent quality, better prices and complete just-in-time fulfillment,” said Ben.

Produze was founded in 2022 by Ben Mathew, Gaurav Agrawal, Rakesh Sasidharan and Emil Soman. Ben and Gaurav were a part of the leadership team at Ninjacart, India’s largest agritech startup, enabling new distribution models, customer growth, profitability and investments. Rakesh and Ben had previously founded a B2C marketplace startup for home cooked food. Emil, who is the CTO, is a YCombinator alum and was the co-founder at Dockup.

Egyptian social commerce platform Sharwa has closed a pre-seed funding round for $2 million. The round was co-led by Nuwa Capital and Hambro Perks Oryx Fund and joined by several strategic angel investors, according to a press release. The pre-seed investment will be spent on the continued development of the technology platform and expanding the team.

Inflation has put a strain on households globally, where customers are looking for access to more affordable products. Sharwa aims to help customers do just that, starting with Egypt. Sharwa’s platform allows customers to get the best prices for their daily purchases on household essentials like groceries, appliances and homecare. Customers can club their baskets into a group order and place them through Sharwa using WhatsApp or directly on its app, unlocking wholesale prices from manufacturers for next-day delivery. In order to provide service in remote areas, Sharwa works with local community leaders, who have been Super Users of the service, to collect orders in their area. 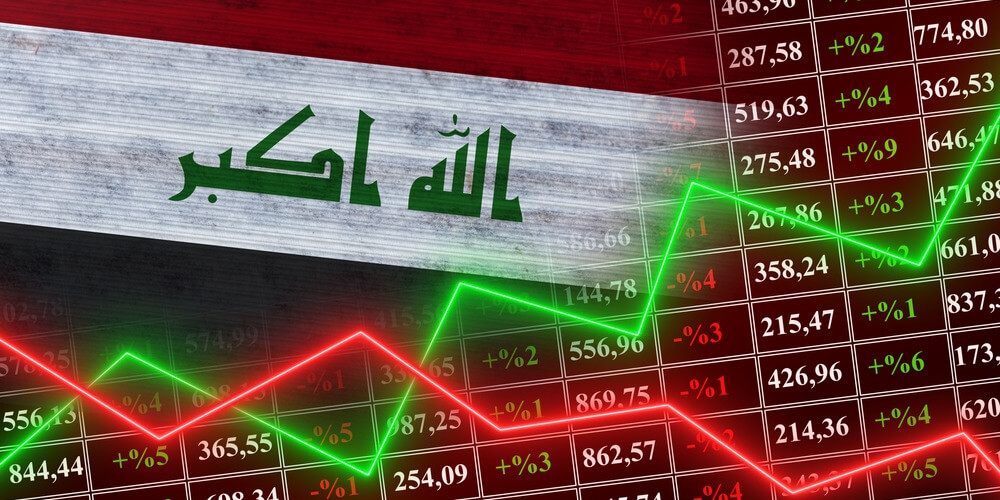