For the fifth consecutive year, Afghanistan is the least peaceful country, followed by Yemen, Syria, Russia and South Sudan (Shutterstock).

OIC countries have a middling to low ‘state of peace’

Eight OIC countries are in the ‘high’ state of peace category, 21 in the medium category, 11 in the low category and eight are the least peaceful worldwide.

Peacefulness has declined to its to lowest level in 15 years fuelled by post-COVID-19 economic uncertainty and the Ukraine conflict, according to the the 16th edition of the Global Peace Index from the Institute for Economics & Peace (IEP).

Iceland remains the most peaceful country worldwide, a position it has held since 2008. New Zealand, Ireland, Denmark and Austria also top the Index. For the fifth consecutive year, Afghanistan is the least peaceful country, followed by Yemen, Syria, Russia and South Sudan. Out of the 14 countries in the very low peace category, eight are in the OIC.

Seven of the 10 countries at the top of the Index are in Europe, with Turkey the only country in the region to be ranked outside the top half of the Index. 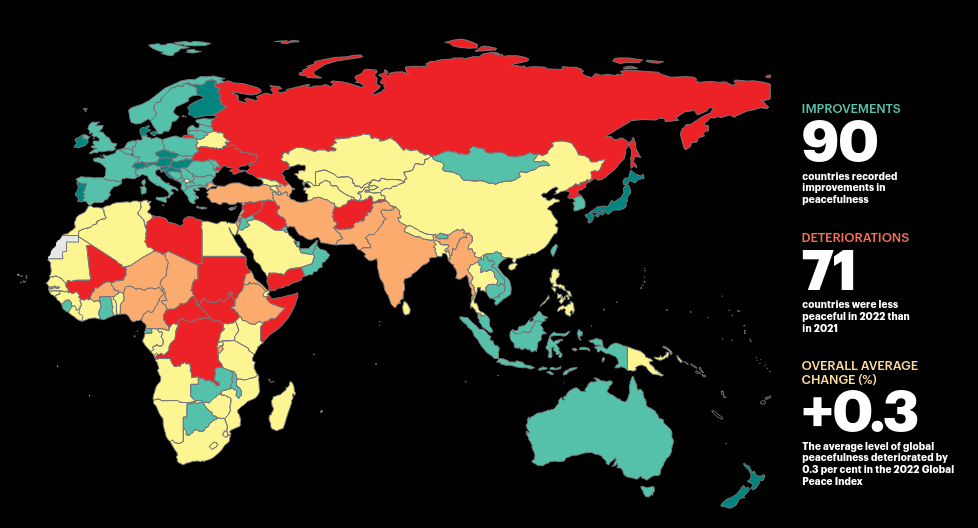 On the positive side, terrorism attacks declined, with 70 countries recording no attacks in 2021, the best result since 2008. Twenty-eight countries have high levels of instability, and 10 countries recorded the worst possible political terror score.

However, inflation, which has increased food insecurity, and political instability is having a negative impact, with Africa, South Asia and the Middle East under the greatest threat, the report notes.

“Last year we warned about the economic fallout from COVID-19. We are now experiencing supply chain shortages, rising inflation, and food insecurity that have been compounded by the tragic events in Ukraine. The political and economic consequences of this will reverberate for years to come. When combined with the record poor scores for neighbouring relations, political insecurity and intensity of internal conflict, governments, organisations, and leaders must harness the power of peace,” said Steve Killelea, Founder & Executive Chairman of IEP, to the press.

“The economic value of lost peace reached record levels in 2021. There is a need to reverse this trend, and the Index has shown that those countries that implement the attitudes, institutions and structures that create and sustain peaceful societies, witness an improved economic outcome,” he added.

The intensity of violent demonstrations has increased by 49% since 2008, with 126 of the 163 countries in the Index deteriorating. The report stated that this is a global trend, affecting all regions of the world except the Middle East and North Africa.

South Asia has the highest frequency and intensity of violent demonstrations by region, with India, Sri Lanka, Bangladesh, and Pakistan recording their highest levels since the first index. In Europe, there were widespread anti-lockdown protests, especially in Belgium, France, the Netherlands, Austria, Croatia and the UK, with similar developments in North America, according to the report. 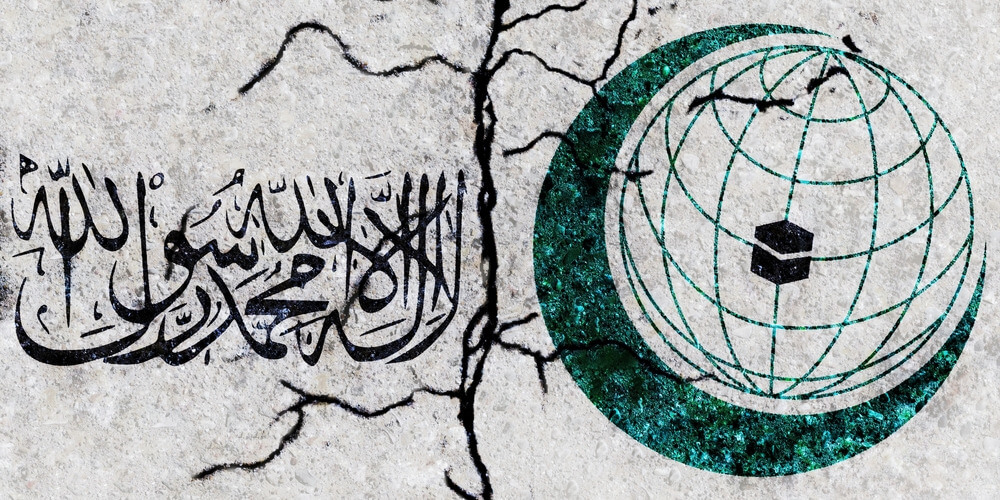 OIC countries have a middling to low ‘state of peace’
Eight OIC countries are in the ‘high’ state of peace category, 21 in the medium category, 11 in the low category and eight are the least peaceful worldwide.   ..
https://www.salaamgateway.com/story/oic-countries-have-a-middling-to-low-state-of-peace