South Africa is Sub-Saharan Africa’s halal powerhouse, with its halal business valued at $3.22 billion. Despite Muslims being a minority, South Africa has the region’s most developed halal ecosystem, halal products are widely available in the domestic market, and the country is a springboard for entering the rest of Africa. How can local food producers access the global halal food opportunity?

South Africa has a long halal – or as it is known locally ‘halaal’ – heritage. “Certification began in the 1940s, so South Africans are pioneers in halal certification,” Moulana Abdul Wahab Wookay, CEO of the National Independent Halaal Trust (NIHT), told SalaamGateway.

Until the 1980s, certification was primarily for meat, then it expanded into other food segments.

“Certification has evolved to there being an adequate range of halal products on supermarket shelves, with around 80 to 90 percent halal-certified, compared to 10 to 20 percent in other (African) countries,” said Wookay.

He added that all major abattoirs are halal-certified, as are major dairy producers.

There are no official statistics on halal food production or sales, but the South African National Halaal Authority (SANHA) estimated that in 2012, 60 percent of all food products were halal-certified.

SANHA estimates that the country’s halal industry is worth 45 billion Rand ($3.22 billion), while in the rest of Africa it is worth more than 1 trillion Rand ($71.7 billion).

Sales are disproportionally high compared to the Muslim population, estimated at 1.7 percent or 860,000 in 2010, according to Pew Forum on Religion and Public Life, and forecast to rise to 1.9 percent, or 1.01 million by 2020. Unofficial estimates are over 2 million Muslims, out of 55 million people, according to the latest census.

The wide availability of halal food throughout the country can be attributed in part to traders. “Being a minority Muslim population in South Africa it is phenomenal that we have this many halal-certified products. When we consider how many transporters are Muslims, the trader is playing an important part in this industry,” said Wookay.

Such high retail sales is indicative of a wide acceptance of halal by South African consumers, bolstered by major multinational and South African brands being halal-certified, such as Nando’s, Bokomo, Beefmaster, Oros, Royco, Tiger Brands, and Cerebos.

“Locally there’s a great understanding of halal and there’s not any opposition to it. Many non-Muslims prefer to eat halal due to the quality, and we put that at about 11 million people,” said Wookay.

There are four major halal certifiers in South Africa, with SANHA having certified 1,793 outlets, and NIHT active beyond its borders, in 47 countries throughout the continent.

Certification has spiked in recent years. “The number of applications coming in has increased constantly. Over the last six years, from NIHT’s perspective, we have had tremendous growth; we’ve more than doubled,” said Wookay.

“At moment the sector is flourishing, and in terms of challenges we don’t foresee many. The fact is, halal has become a major brand,” said Wookay.

That said, there are areas for further development. One is in the meat sector. In 2011, foot and mouth disease (FMD) was detected in KwaZulu-Natal province, and restrictions were put on meat exports, only ending in 2015 when South Africa was declared FMD-free by the World Organization for Animal Health. As a result, meat exports have only started to rise over the past year, while there has been a rise in demand for halal meat products to be certified, according to Wookay.

Halal tourism could also be developed further, which would bolster restaurant certification. “We now have Muslim-owned game reserves, and halal tourism is starting to develop,” said Wookay.

Currently, the establishment of halal parks is being discussed at the provincial level, particularly to develop small and medium sized enterprises (SMEs), as while there are over 1,800 food production companies in the country, the top 10 manufacturers account for around 70 percent of the industry’s turnover, according to Flanders Investment and Trade, which has an office in Johannesburg.

South Africa has not overly developed other halal segments such as cosmetics and pharmaceuticals, which could bolster the overall halal ecosystem. “Pharmaceuticals are starting to grow but cosmetics is not really where it should be as the concentration has been mainly on food. There are a lot of opportunities in those sectors,” said Wookay.

While around 10 percent of South Africa’s halal produce is exported, the country plans to expand on its strong agricultural position, being virtually self-sufficient and exporting 30 percent more agricultural goods than it imports, according to Flanders Investment and Trade.

South Africa is well positioned to expand its exports beyond its borders, especially as South African traders account for 50 percent of Africa’s fast moving consumer goods (FMCG) sector, of which 35 percent are Muslim, according to SANHA.

“South Africa is the gateway to Africa. Over 50 percent of the continent’s population is Muslim, around 500 million people, and we find numerous South African companies that are investing in supermarkets throughout the continent,” said Wookay.

Export aside, there are domestic opportunities. “We believe that there is an opportunity in the agro processing and tourism sectors given South Africa's reputation for quality, the high standard of halal products, Islamic banking sector services, proficiency in the English language, and pricing, which is about half the price of two years ago due to the fall in the Rand,” Ebi Lockhat, SANHA’s Public Relations Officer, told SalaamGateway. 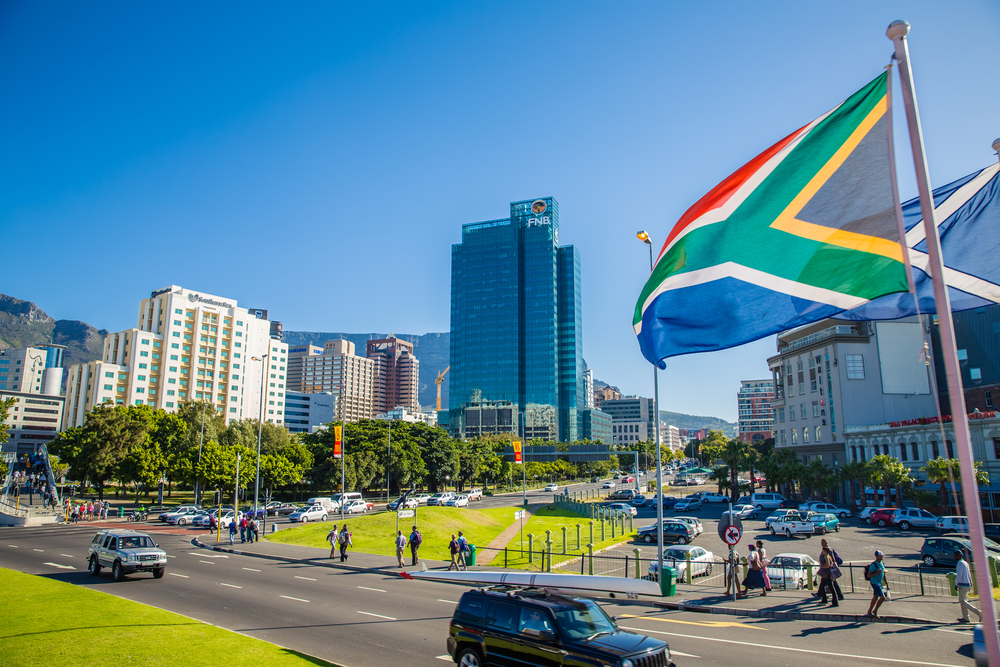