Hatim Zaghloul is the co-inventor of WOFDM and MCDSSS, the technologies that WiFi, WiMAX, 3G and LTE are based upon (Courtesy: Hatim Zaghloul).

Q&A with Hatim Zaghloul, co-inventor of Wi-Fi and CEO of Inovatian Inc. and Futira Coin

Hatim Zaghloul is an Egyptian-Canadian telecommunications scientist globally known for his pioneering role in several information communications technology (ICT) inventions and innovations including Wi-Fi in the 1990s and most recently 6G and his own blockchain technology.

Dubai: Zaghloul is the founder and CEO of Inovatian Inc., a disruptive Egypt-based company specialising in building next-generation wireless data networks for unconnected communities through Wi-Fi and blockchain. Recently he launched the cryptocurrency Futira Coin in a bid to fund Inovation’s revolutionary wireless infrastructure.

Salaam Gateway (SG): What is happening with your ambitious scheme to provide cheap web access for the world’s underprivileged and under-connected communities using blockchain and 6G networks?

Hatim Zaghloul: We are currently at the installation phase in Chad, our first country, and have licences in Mauritania and Pakistan. In Pakistan we’re starting on the blockchain side and building a big data centre. In Malaysia, we’re working with the government on connecting communities through a pilot and on blockchain technology. We’re also planning to enter Nigeria and the Democratic Republic of Congo (DRC).

SG: What about the United Arab Emirates (UAE)? Are you involved in any projects here?

Zaghloul: We have no plans for the UAE, as we’re aiming for underprivileged countries with weaker connections. However, the head office will be here.

SG: Is that because of the UAE’s location?

Zaghloul: It’s the location, access to capital and ease of doing business in Dubai. I recently received a Golden Visa within 90 minutes, which was wonderful. Having this visa will facilitate opening bank accounts and makes me feel more at home.

SG: How is technology connecting remote communities to the internet?

SG: Who operates this network?

Zaghloul: We are the operators in the countries we’re in. That’s why the process takes time – we need government licences and approvals and have to go through security clearances.

SG: Yet, you can’t be everywhere at the same time. Are you partnering up with companies?

Zaghloul: We are in the process of buying existing operators in some countries, but don’t have to be in many places because the technology is standard. So, we just make a deal with a big vendor and they install the towers and do everything. We use local people and educate them on the business. It’s a process. It takes about a year from when we enter a country to having the network up. In that year, we train the locals and they run the company. We generally we have one of our people in each country, the rest are all local.

SG: Are you currently looking for partners?

Zaghloul: Absolutely. We’re looking for partners who can take care of things for us in each market and help us get the licenses. It’s a very open business; we teach them everything.

SG: Monopoly telecoms continue dominating the markets in many developing countries. How are you dealing with this bottleneck?

Zaghloul: Most countries now, particularly in Africa, are very aware and pushing hard to get out of the monopolies. Government companies are doing very poorly and admitting they need help. We haven’t been to any African country where we haven’t been welcomed. And we’re not threatening the existing operators; we work with them. We’re just trying to reach where nobody else has reached before.

The only perceived competition we have is Elon Musk’s Starlink, a progressive project where he’s doing interconnectivity between satellites. The signal travels from the ground to one satellite, then to another and another, before dropping down to the ground again. That’s very innovative, but it has capacity limitations. Secondly, how do you pay for a satellite? You have to have a credit card. We’re going where there are no credit cards or banks.

We hope to cooperate with Starlink in the future to be their ground distribution or collection (partner). We’re putting in the infrastructure for the phone companies, but how do we get the internet to the ground? Via satellite, fibre or microwave links on the ground? There are many ways to do it.

SG: How far away can a community or island be from this new wireless network?

SG: What is holding you back now from entering more markets and connecting more communities?

Zaghloul: Mainly financing, because we have a progressive and different model where we’re trying to reach communities everybody else assumes are poor and desolate and from whom they will never be able to make money. So, we have to start this ourselves; build these networks; connect small communities first and prove it’s viable. Then, we hope to get bigger financing. That’s why we’re into crypto now. We have a coin to support this network.

SG: When did you launch this crypto coin?

Zaghloul: We’re selling a token called the Futira Token meaning a “future” in Sri Lankan. We’ve sold some and that’s how we’re in Chad and Mauritania. When we get more, we will actually buy operators. The coin was first listed on 1 January, 2022 and the second time on 12 February. It will be public on 10 April.

The token is the means of holding credit on the network. The user might not understand anything about the token or coin. They would buy their regular credit prepaid and when they buy it, it appears as credit in the Futira currency on their phone. If the currency goes up, the user wins, and if it goes down, they don’t lose. We give users a guarantee on their money.

SG: How profitable is this investment?

Zaghloul: It’s very profitable. We’ve brought down the network cost down by 10 times; in this way we can serve much poorer communities. Because it’s a token, the user’s (return) is relatively quick. They can trade a token and if it goes up – by us getting more users and demand – investors can regularly collect out the money.

The biggest help we need now is for people to buy the token; spread the word and help us in getting licenses. This is a revolution in telecommunications. We will own the network and those who put their money in the token will partially own the network with us.

SG: Are there any other financiers supporting your projects?

Zaghloul: Crowdfunding is one of the best ways to fund this project and crypto is, in a way, crowdfunding.

SG: What role could Islamic finance play in funding these decentralised telecommunications networks?

Zaghloul: Almost 95% of our investors are Muslims, but we haven’t gone through traditional banks or Islamic banks. We need to show the network running, because they also want to see the profitability before they step in. So, we need to do it ourselves in the first countries, then I think it will move very fast.

SG: Are you involved with any projects in Muslim communities?

Zaghloul: I was head of the Muslim community in Calgary, Canada, and vice-president of the council running 66% of the mosques in North America. I also ran a Sharia-guided fund for a while in Canada. I have always worked with Muslim investors; some of the people who made the biggest money with me were Muslims. I’m proud to call this a Muslim initiative. 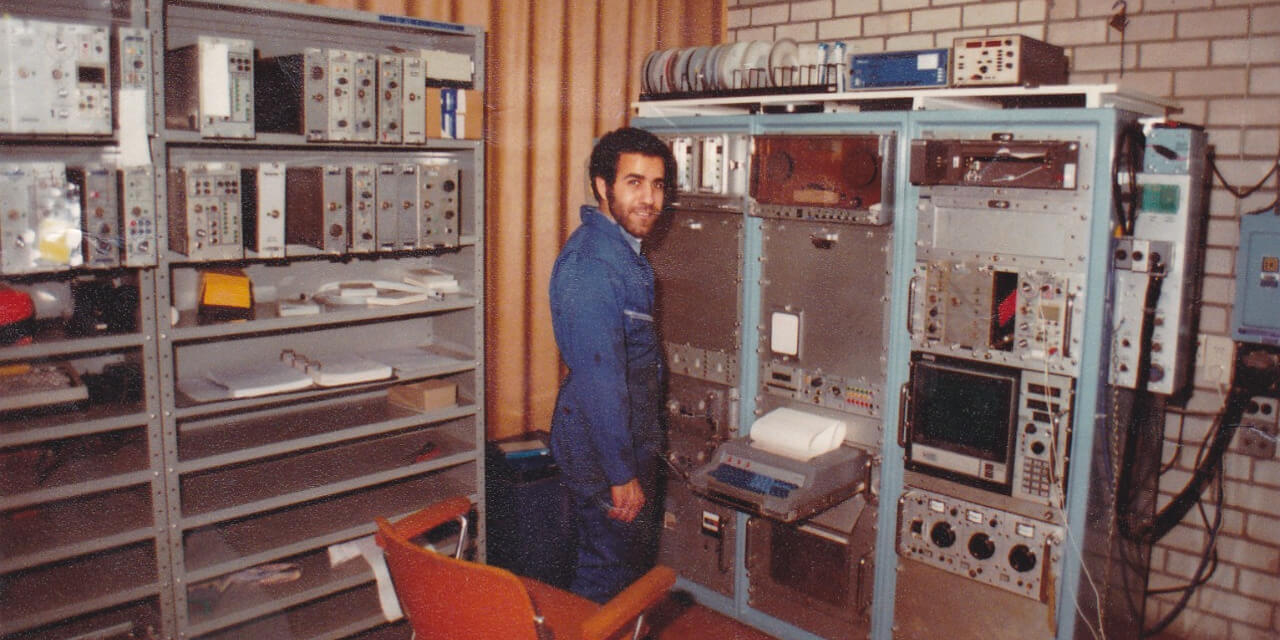