Photo for illustrative purposes only. A sign showing the way to a COVID-19 vaccination centre in West Ealing, London, UK, in February 2021. Willy Barton/Shutterstock

For Dr. Jasmine Kapoor the weekend before Ramadan was one like no other.

On Saturday, April 10, the Health and Race Officer at the Surrey Minority Ethnic Forum (SMEF) in the UK, took her second COVID-19 vaccination shot. The next day, sore arm notwithstanding, she and her husband drove to nearby Dorking.

Their mission was to inoculate Muslim community members of the 17,000-strong market town that sits about 34 km south of London.

“We had such a huge success at the mosque,” the public health specialist told Salaam Gateway, proud of the 63 Muslims who turned up to get vaccinated.

In a pandemic situation where every vaccinated person counts, 63 is a  step forward, particularly considering the low uptake among the UK’s minority groups.

Vaccine hesitancy has been too real a challenge in the UK’s COVID journey.

A Medical Research Council funded-survey, polling over 12,000 participants across the country during November and December 2020, revealed vaccine hesitancy was exceptionally high in Black (71.8%), Pakistani and Bangladeshi (42.3%), and Mixed (32.4%) ethnic groups. This is significant as approximately 68% of Muslims in the UK are of Asian ethnicity.

Fear over unknown future effects mainly fuels reluctance, despite research confirming that these ethnic populations in the UK and USA have a 10 to 50% higher COVID-19 mortality risk than people of white ethnicity.

Other barriers include the assumption that the vaccine contains prohibited animal products, is developed to eradicate Black people, and the concern to contract COVID-19 itself from the vaccine.

“These things are not unique but add complexity around the COVID vaccine,” Razai told Salaam Gateway.

According to the academic clinical fellow in primary care at St George's University of London, UK ethnic minority communities also show a lower take-up of other routine vaccines like flu and pneumococcal ones.

Concerned about Ramadan further feeding the lacklustre appetite for vaccination, the NHS before the start of the fasting month came up with a bespoke plan to tackle vaccine hesitancy among ethnic minorities.

“We must continue to challenge misinformation and advocate the vaccine as being entirely appropriate to have during Ramadan,” Dr. Nikita Kanani, GP and NHS England’s Medical Director for Primary Care, said.

In addition to running pop-up clinics at mosques and other places of worship, the blueprint includes information material translated into 20 languages, and bringing Islamic faith leaders and scholars on board to call on the Muslim community to get vaccinated.

“Getting the jab does not break the fast observed by Muslims during daylight hours over Ramadan,” senior GP Dr. Farzana Hussain said.

“It’s a responsibility of a practising Muslim to take their vaccine,” she added, citing the Quranic verse 5:32 that says protecting one life is to save the whole of humanity.

The infrastructure extends to keeping vaccination venues open for longer hours, making it easier for Muslims to receive their jab after they break their fast.

Back on the ground, Kapoor remembers the urgency that led to setting up the pop-up vaccination centre in Dorking in April.

Five days before the start of Ramadan, she got a call from Dorking saying they were looking for a vaccine pop-up session before the start of the fasting month. She had only three days to organise but took on the challenge because of concerns that ethnic minorities, especially Pakistanis and Bangladeshis, were not coming forward to take the vaccine.

The Dorking community provided her a room inside the town mosque. Symbolically, said Kapoor, having the vaccine inside the mosque broadcasted its safety.

While she and her husband educated community members about the benefits of getting inoculated—including roping in the local imam to reassure people that taking the vaccine would not break their fast—the jabs were done by a trained volunteer team.

“People saw that despite me having taken my second dose just 24 hours earlier, I was still able to work,” said Kapoor, who also sits on SMEF’s vaccine roll-out committee. “That created confidence.”

Among the senior demographic, the first to be prioritised for vaccination, 90.2% of all residents in England aged 70 and over had received at least one dose between Dec 8 and Mar 11. Muslims had the lowest take-up rate (72.3%).

We await government data to see the results of the national bespoke campaigns targeting ethnic minorities. 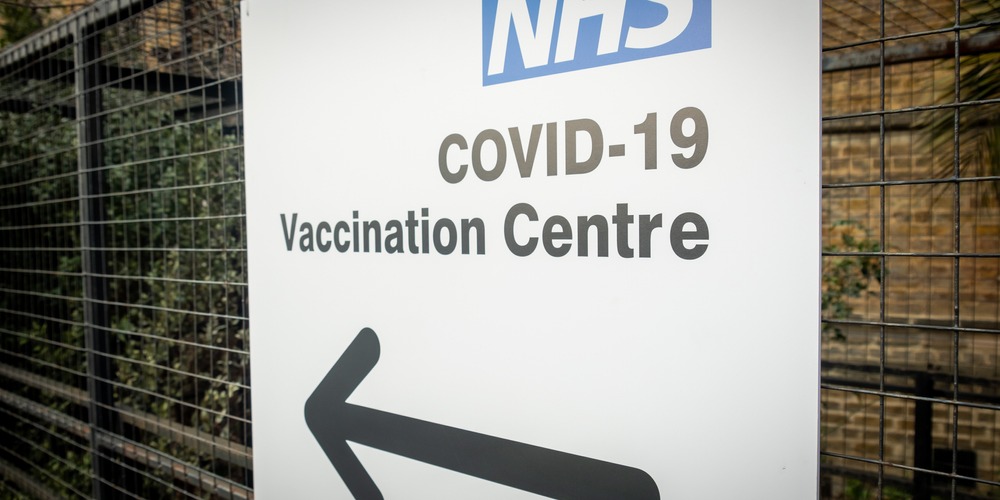 Ramadan pop-ups at mosques target vaccine hesitancy among UK Muslims
For Dr. Jasmine Kapoor the weekend before Ramadan was one like no other. On Saturday, April 10, the Health and Race Officer at the Surrey Minority Ethnic Forum (SMEF) in the UK, took her..
https://www.salaamgateway.com/story/ramadan-pop-ups-at-mosques-target-vaccine-hesitancy-among-uk-muslims