Saudi Arabia’s economy grows at fastest pace in a decade

Economy grew by 9.9% in the first quarter, with kingdom earning a $1 billion a day from oil sales.

Saudi Arabia’s economy has been on a rollercoaster ride since the global outbreak of the COVID-19 pandemic. In March 2020, oil prices plummeted to $18 a barrel on the back of an oil price war, while global demand slumped as the pandemic spread.

The kingdom’s crude export revenues dropped by 65% compared to April 2019. Oil prices stayed low throughout 2020 and much of 2021, well below the $77.6 a barrel the kingdom needed to balance its budget, known as the breakeven price.

The low oil price, lockdowns and weak consumer spending due to the pandemic resulted in a difficult 2020, with infrastructure projects and others related to the kingdom’s Vision 2030 put on hold, and question raised about the future viability of the Vision’s diversification plans, given the relatively bleak economic outlook.

Indeed, Riyadh went to the international markets to borrow its biggest debt package since 2016 as the country burned through its foreign reserves and implemented an economic stimulus package. A Cost of Living Allowance introduced in 2018 to some one million public employees, budgeted at 1,000 Riyals ($267) a month, was also scrapped, and value added tax (VAT) tripled to 15% in 2020. The country also saw a huge decline in tourism, estimated at 35-45% in 2020, equivalent to a drop in revenues of $28 billion.

But by 2021, the economy started to splutter back to life, by year end growing by 3.2%, according to International Monetary Fund (IMF) figures, bolstered by rising oil prices.

Fast forward to 2022, and the economy was growing at a faster pace, forecast at 7.6% GDP growth by the IMF. But following the Russian invasion of Ukraine in March, oil prices soared to $120 a barrel, topping at $125 in June, and have hovered at around $100 a barrel since then, generating Saudi Arabia $1 billion a day from selling crude oil, according to Bloomberg figures.

As a result, Saudi Arabia’s economy grew at its fastest pace since 2011, by 9.9% year on year, according to Capital Economics. “More timely activity data point to a robust performance in the second quarter,” according to the London-based economic research consultancy, which is forecasting growth of 10% for the rest of the year and by 5.3% in 2023, above the estimates of the IMF and others.

While revenues from oil will not be as high going forward, Saudi Arabia still stands to benefit as the OPEC+ Group raises its output quotas by 50% in July and August, and the expected removal of quotas in September. “Saudi is one of the few (OPEC+) members that will be able to capitalise and we think that (oil) output will reach a record high by late-2023,” stated Capital Economics.

Saudi Arabia, along with the United Arab Emirates, are expected to run twin budget and current account surpluses in 2022 and next year. The boosted revenues have enabled Riyadh to implement economic relief packages, raising spending by SAR20bn ($5.33 billion), equivalent to 0.6% of GDP, with half of this figure to be distributed as cash transfers to households, according to the consultancy. 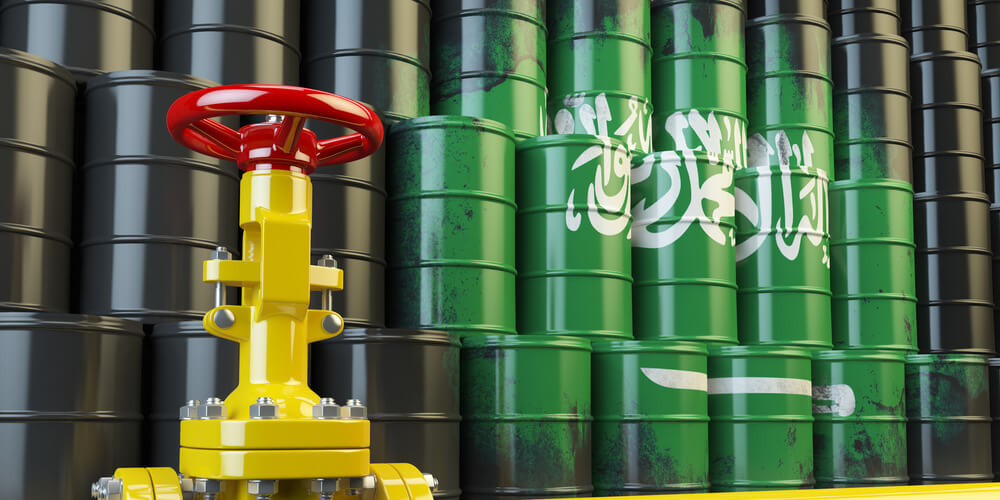 Saudi Arabia’s economy grows at fastest pace in a decade
Economy grew by 9.9% in the first quarter, with kingdom earning a $1 billion a day from oil sales.   Saudi Arabia’s economy has been on a rollercoaster ride since t..
https://www.salaamgateway.com/story/saudi-arabias-economy-grows-at-fastest-pace-in-a-decade