SINGAPORE - A Singapore-based start-up is confident businesses and Islamic organisations will pay 999 Singapore dollars a year ($733) to use its new Muslim community-focused social network platform.

“CollabDeen’s target is to impact the Islamic world. If within the first year we are able to impact half of the world’s Islamic population, we will surprise ourselves,” co-founder and CEO Fateh Ali told Salaam Gateway in an emailed response to questions.

The start-up has priced its premium subscription for Singapore-based organisations but not for all others.

“We are giving away our Standard Plan (recommended pricing plan), at this stage at 999 Singapore dollars annually to the first 100 organisations on board,” said Ali.

“We have not disclosed the premium pricing for global communities yet, with different pricing plans for different regions, so the faith-based and business admins can select the plans they prefer,” he added.

Individuals can use the app for free, which Collabu hopes will widen the user pool to attract the institutional, paying customers.

“We are targeting to acquire 2,000 faith-based communities (Islamic centres and mosques) and 1,000 business communities (brands, businesses and influencers),” said the start-up.

Ali said Collabu’s early surveys of mosques and Islamic centres have revealed that they spend anything between $500 and $2,000 a year for features as simple as SMS services to reach a community of around 25,000 members.

The start-up was bootstrapped until it developed a minimum viable product, after which it attracted “more than half a million U.S. dollars” from business tycoon Imran Bhojani, whose mainly Australia and India trading portfolio includes minerals, pharmaceuticals, automobiles and FMCG, said Ali.

Bhojani has become a founding partner.

While the first 100 community users in Singapore will get to use premium features for free as part of the launch promotion, those outside the country can get started with the basics without charge and then choose to upgrade.

The app is first available in key English-speaking countries such as Singapore and the U.S., with the Middle East and other regions to follow.

“The subscription fee of 83.25 Singapore dollars per month will benefit organisations’ administrators the most with their community management tools. They collectively spend four times the amount of money on different tools and marketing options,” said Ali.

At this public Beta stage, CollabDeen will focus on allowing users to start “cloning” their physical in-real-life communities into a virtual one.

The strategy, said Collabu, will be organic and they will invest on partnerships globally.

Moving into phases two and three, that will take the app up to the first quarter of 2020, Collabu will start making planned improvements that include advanced features for community collaboration, admin tools with analytics, open API integrations to allow third parties to use their APIs, and onboarding features for donations and fundraising.

“Fintech later in the game will open more useful, scalable options for us to monetise,” said Ali.

The start-up is also planning other features for businesses, such as a community-verified halal establishments feature.

“‘Co-verified’ is our halal verification review and rating system through community efforts, which will be a recommendation of halal places,” said Ali.

The next level, he said, is to partner with halal authorities and certification bodies such as Singapore’s MUIS, Malaysia’s JAKIM and Saudi Arabia-based Muslim World League, to provide proof of halal-ness by accessing and displaying the current certificate for establishments they have approved.

JAKIM’s database of halal-certified products and establishments is already available via apps such as Verify Halal, which is developed by Serunai Commerce in Malaysia in partnership with the halal authority.

In Singapore, MUIS’ own app, MuslimSG, provides a list of all current halal-certified eating establishments in the country.

Still, Collabu believes it can go on to “disrupt” this space by bringing them all into one app.

This feature, said the CEO, is under development and is expected to be released during the last quarter of 2019.

He said the platform now has 115 Islamic and business communities online.

However, the app is still very much a work in progress, judging from Salaam Gateway’s use of it on May 8 and the morning of May 9.

Collabu told Salaam Gateway there are seven communities based in New Zealand on the platform. However, an in-app search for “New Zealand” under “Search Community” only showed two names.

The start-up is still developing how users can view and find communities. For now, for example, you’d need to know the community name to search, said Fergo. “Your map shows communities only around you,” he said.

“We will heavily improvise our search function as we move forward,” he added.

“As a start-up, we don't want to spend too much at this stage as we expect bugs which we are killing on a daily basis,” said Ali, who added that once they have “refined” the system, they will “expedite” growth.

The platform is also currently limiting the number of communities because of the need to “keep infrastructure cost in control,” co-founder and CTO Mohamed Husain told Salaam Gateway.

“When our infrastructure is ready to expand, we will certainly free up the capacity limits,” he said. 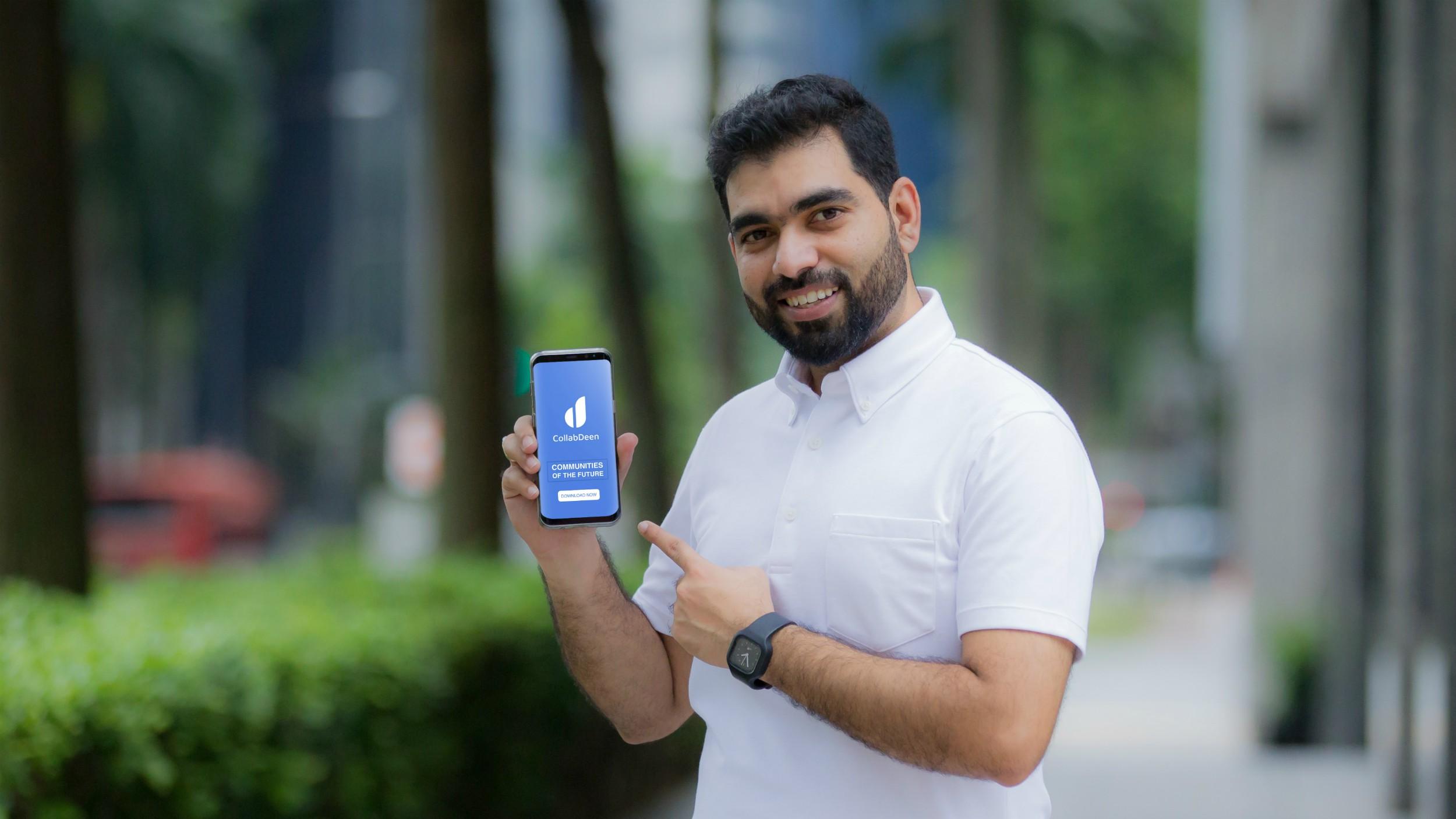