$6.8 billion was spent in Spain on products associated with a Muslim lifestyle in 2019 while Spanish halal exporters also supplied $4.7 billion worth of halal-certified food, pharmaceuticals and cosmetics products to OIC countries that year.

Spain has been expanding its halal tourism and food sales, leveraging its geographical proximity to Muslim countries in North Africa to provide travel and accommodation services.

In the CrescentRating Global Muslim Travel Index 2021, Spain climbed six positions to the 16th in the top non-Organisation of Islamic Cooperation (OIC) destinations. The 2020/21 State of the Global Islamic Economy Report by DinarStandard said that in 2019, 2.77 million Muslim tourists visited the country.

Of course, the COVID-19 pandemic has impacted business, but halal sector experts think Spain is well-positioned to grow its Muslim-oriented tourism and food sales.

Tomás Guerrero, director of the Dubai government’s Halal Trade and Marketing Centre – and a Spaniard himself – is optimistic that these numbers will grow. And alongside them, sales of halal food, cosmetics and even pharmaceuticals in Spain. There are 2.2 million Muslims living in Spain, representing approximately 4% of the population in 2020, according to the Union of Islamic Communities of Spain (UCIDE) and the Andalusian Observatory, with 42% Spanish citizens and 58% immigrants with residence and work permits, especially from Morocco.

Muslim immigrants from Pakistan, Senegal, Algeria, Nigeria and Bangladesh are also present in significant numbers. Guerrero noted DinarStandard data that $6.8 billion was spent in Spain on products associated with a Muslim lifestyle in 2019, such as halal food, pharmaceuticals, cosmetics, and travel, modest apparel and clothing, as well as Muslim-focused media and recreation.

The figure could be higher but there is “resistance” from some companies with certified products to sell them domestically with the halal stamp for fear that they will not be bought by non-Muslim consumers and due to controversies with animal welfare activists, explained Muhammad Escudero, director of the certification department at the Halal Institute, the leading halal certification organisation in Spain.

And while he recognised that the pandemic slowed growth in Spain’s halal market, Escudero also believes sales will expand, especially food exports. Some companies are selling new halal products such as nuts, with a halal certificate, to Muslim-majority markets, for instance Spain’s Calconut SL.

Extenda, the trade promotion agency of Andalusia, where much of Spain’s tourism sector is based, replied there is no official data about exports of halal food. That said, the number of restaurants nationwide with at least one dish with certified halal meat grew from 121 in 2011 to 344 this year, levelling off during the pandemic, with 343 in 2020, compared to 340 in 2019. The numbers reflect those registered in halal restaurants and markets guide Zabihah, its founder Shahed Amanullah told Salaam Gateway.

Amanullah anticipates a return to “robust growth,” adding that Spain is an important market not just because of its attraction to Muslim travellers and its growing population of North African descent, but also because it is ready to be a major supplier of halal meat to the rest of Europe. This is because restrictions on halal meat production, such as increased stunning requirements, have been introduced in some European countries, such as Belgium, and therefore have to import it for their large Muslim populations.

Spain does not face such problems, he said. “Spanish meat-based delicatessen products are world-renowned and halal meat producers in Spain have taken advantage of this to produce halal versions of these products. They are starting to get noticed in markets outside Spain where halal processed meat options do not include traditional European products,” Amanullah said.

The Singapore-based platform eHalal.io, with 230,000 monthly users, had an “increase of 284 percent in website traffic from last year to this year from the Spanish market,” founder Irwan Shah told Salaam Gateway. He added that most Muslim users from Spain “look for global Muslim food brands.” Around 90% of the market in Spain is composed of small retailers that sell other groceries too, and a few supermarket chains that “normally don’t promote” their limited halal products, Shah said.

Looking ahead, Madrid is working to become “one of the European capitals of reference” for emerging Muslim markets, said the director of tourism of Madrid City Council, Héctor Coronel. Madrid’s new Strategic Tourism Plan 2021-2023 “focuses on this market due to its characteristics and its growth potential,” he explained, including plans to promote more transport connectivity between Madrid and Muslim-majority countries by working with tour operators to adjust their services.

Coronel specified Saudi Arabia as “the country with the most potential” for Madrid, due to its large population and “openness to the West,” but the city council is also trying to attract tourists from the UAE, Qatar, Indonesia and Malaysia. Madrid is already promoting its Muslim patrimony, mosques, and halal services.

In the early Middle Ages what is now Spain was part of a group of Muslim states called Al-Andalus - romanticised as a golden age of tolerance and reason. With most or part of the country under Muslim rule from 711 until 1492, Spain can tap cultural dividends from its Islamic past. For instance, the Tourism Institute of Spain promotes several ‘Routes of the Heritage of Al-Andalus’ in the southern region of Andalusia to attract Muslim tourists. Part of the offering is integrating delicatessens, whose products are sold as halal souvenirs.

The Halal Institute is working with hotels and restaurants to help them meet Muslim needs, but just a few hotels have so far become halal certified (in terms of service offerings) and they were not renewed during the pandemic, said Escudero, noting it is “hard” to create “a space or hotel just for one type of clientele”.

To promote a wide range of certification, the Halal Institute is developing a “more flexible” mechanism called the ‘Authorised Halal point of sale’ to promote small companies with non-certified halal products or services or products certified by other companies. This does not necessitate certifying the company itself, which requires more costs and bureaucracy, he told Salaam Gateway.

Guerrero added that Spain can take advantage of the fact that “countries of North Africa and the Middle East import around 60% to 70%” of their food. Those emerging markets, with younger populations, increasing numbers of women working and digital natives make an enticing target for the roughly 1,000 Spanish companies who have halal certification. To him, Spain is an important player in the halal food market because it exports “a broader spectrum” of products over countries that export more in terms of volume, but with less diversity. 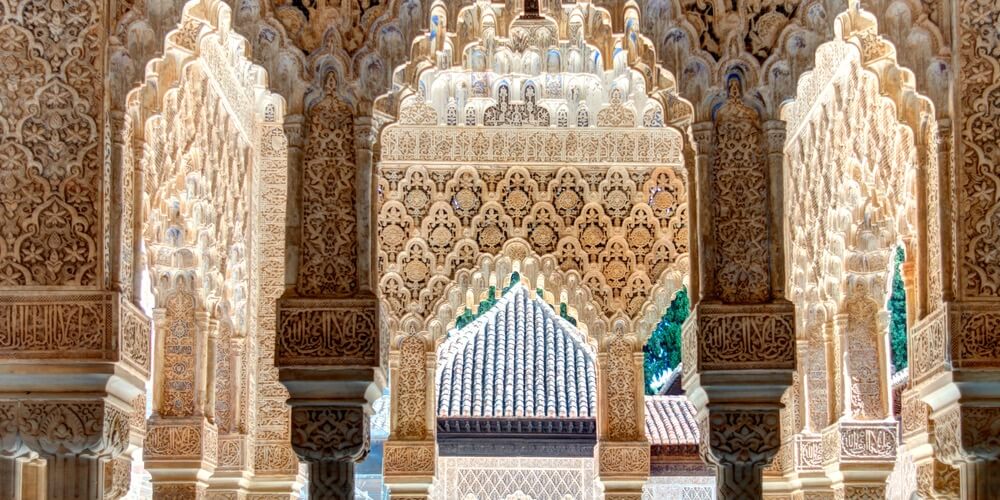 Spain aims to support its growing halal tourism and food industry
$6.8 billion was spent in Spain on products associated with a Muslim lifestyle in 2019 while Spanish halal exporters also supplied $4.7 billion worth of halal-certified food, pharmaceuticals and c..
https://www.salaamgateway.com/story/spain-aims-to-support-its-growing-halal-tourism-and-food-industry