Photo for illustrative purposes only. Flag-raising troops at a parade in Bandung, East Java, in February 2020. Sony Herdiana/Shutterstock

This article is a chapter out of the e-book, "Impacts of the COVID-19 outbreak on Islamic finance in the OIC countries" that is available as a pdf download from HERE. Read the article in the e-book for the complete set of tables, charts and references.

The novel coronavirus COVID-19 started in the city of Wuhan in China in December 2019 and reached Indonesia on March 2, 2020 with the first two confirmed cases in the city of Depok, Greater Jakarta. Since then, the virus has spread quickly. According to the Health Ministry, as of May 1, 2020, there were 10,551 confirmed cases with 800 deaths and 1,591 recovered patients. This means Indonesia has a 7.58% fatality rate, one of the highest in the world.

The impact of COVID-19 on the Indonesian economy was inevitable, at least in the financial market as shown by two main indicators. First, the exchange rate of the Indonesian Rupiah against the U.S. Dollar reached 16,575 rupiah per U.S. Dollar on March 23, the weakest since the Asian financial crisis of 1998, despite Bank Indonesia’s best efforts to control the local currency.

Secondly, the Indonesia Stock Exchange (IDX) is also hit by the outbreak. The Jakarta Composite Index (JKSE) value that was steady around 6,200 until late January 2020 saw a huge decline to 4,000 in the last week of March before rebounding to around 4,500 in early April, thanks to positive sentiments from pharmaceutical manufacturers such as Sidomuncul, Indo Farma, Kimia Farma, and Kalbe Farma due to demand for more health products.

A policy brief from the Asian Development Bank (ADB) outlines the channels by which this global pandemic will affect Asian economies, including Indonesia. They include, among others: decline in domestic consumption and international trade; future investment decision; lower tourism and business travel due to restrictions; and effects from the health emergency situation such as increasing confirmed cases, higher mortality rates and shifts in expenditure in healthcare. In the Indonesian context, the potential loss of revenue due to COVID-19 from the tourism sector alone is estimated to be between $ 1.7 billion and $ 3.4 billion.

The crisis will also affect the workforce, particularly those who are seeking their livelihoods in the informal sectors. In Indonesia, more than 80% of employment lies in these sectors, such as daily-paid workers and ride-hailing drivers. An economic slowdown such as the crisis from the COVID-19 outbreak will plunge these workers into unemployment and poverty6. Formal sector employment is also affected. The Ministry of Workforce said unemployment in Indonesia is likely to rise by 1.2 million people due to lay-offs.

COVID-19 attack in early 2020 was certainly very pronounced for them. According to Statistics Indonesia (BPS), the contribution of MSEs to the country’s GDP amounted to 23.89% in 2018 and this sector contributed 99.90% of total business units and 93.87% of total employment.

During the outbreak, the central government and many local governments have imposed massive social and physical distancing in the forms of school closures, limitation of activities in offices and stores, all of which reduce economic activities. The government’s stimulus packages are expected to help the poor and businesses to survive during the crisis.

The new Government Regulation in Lieu of Acts (Peraturan Pemerintah Pengganti Undang-Undang/ Perppu) No. 1 year 2020 regulates the State’s Finance and Financial System Stability during the COVID-19 outbreak. This regulation is the basis of economic stimulus from the government, including:

In addition, Indonesia’s Financial Services Authority (OJK) issued OJK Regulation No. 11 year 2020 enabling banks and financial institutions, including Islamic ones, to restructure their loans/financing, especially for Micro, Small, and Medium Enterprises (MSMEs) that have outstanding credit/financing of no more than 10 billion rupiah ($640,000), including a one-year grace period but still maintaining prudent banking practices.

Bank Indonesia in the middle of March lowered its policy rates, the BI 7-day reverse repo rate, to 4.5% and placed its Deposit Facility and Lending Facility rates at 3.75% and 5.25% respectively, indicating a loosening of monetary policy.

ISLAMIC FINANCE IN INDONESIA PRIOR TO THE OUTBREAK

Indonesia’s Islamic finance industry maintained stable performance prior to the emergence of COVID-19. Islamic banks until January 2020 showed some good performance with the following indicators:

The Islamic indexes showed a declining trend during the early stages of the outbreak. The JII was stable above 650 from October 2019 until early February 2020 when it started to decline. The JII even recorded below 400 at the end of March 2020 before rebounding to around 500 in early April 202018, thanks to good performance from pharmaceutical manufacturers that are also part of the JII and the composite index JKSE.

In the banking sector, it is expected that Islamic banks will potentially face higher NPF rates. COVID-19 causes lower production in manufacturing, delays or cancellations on construction projects and lower demand for non-digital wholesale and retail markets which may eventually fail to meet their repayment obligations.

Following instructions from OJK, restructuring financing is required in order to ensure consumers affected by the outbreak will not suffer additional financial burdens due to their inability to repay instalments during the economic slowdown.

Moreover, the current pandemic and crisis situation reveals the need for Islamic banks to reform their business operations. Currently, it is dominated by murabahah on the financing side. Islamic banks can think of utilizing more risk-sharing mechanisms such as mudarabah and musharakah that may better help them absorb risks.

The shock to the MSEs sector due to the pandemic has a direct bearing on the performance of microfinance institutions in Indonesia in the form of banks or non-banks such as Islamic cooperatives.

In East Java, up to the end of March 2020, Islamic cooperatives were still surviving with an average NPF of around 3.46% as in previous periods (sample data of 8 Islamic cooperatives). The shock was felt in April 2020 especially for the cooperative member businesses dominated by the secondary and tertiary product trade sector. This was when they began to experience a sharp turnover decline. Conversely, the business of trading in primary products experienced an improved business performance. Business members in the fisheries sector also declined. Fishermen and fish farmers cannot sell their products because many hotels and restaurants are closed due to the pandemic.

In contrast, member businesses in the agricultural sector are not too affected by the pandemic. Agricultural production is more influenced by weather changes, while demand for agricultural products rose sharply along with the increasing demand for basic necessities for distribution of zakat and alms. Islamic cooperative associations incorporated in the East Java Islamic Cooperative Forum (FKS) undertook several strategies to minimize the negative influence of the pandemic. Those are the realization  of financing restructuring with banks, proposing liquidity assistance to the Ministry of Cooperatives and SMEs or national secondary cooperatives such as the Induk Koperasi Syariah (Inkopsyah), and mutual assistance programs for liquidity among primary Islamic cooperatives. Distribution of funding to members engaged in vulnerable sectors affected by COVID-19 was temporarily minimized. This is important to reduce the impact of increasing NPF. For members whose businesses are affected by COVID-19, Islamic cooperatives also provide easy installment payment procedures in accordance with the agreement between the two parties.

The unprecedented global pandemic will force the Islamic finance industry to adapt in order to sustain its presence in the global economic and financial system.

Islamic financial institutions must integrate Islamic social finance such as zakat and waqf into their operations in order to provide a community-based social security system that will help to maintain livelihoods, basic needs, and purchasing power of the society. According to a study conducted by IPB University and IRTI-IsDB, Indonesia’s zakat potential is up to 217 trillion rupiah (about $ 13.8 billion). If this potential is materialized, it could significantly help to take care of those in need as a result of this crisis.

Meanwhile, waqf potential in Indonesia is equally big, with assets in the form of land alone reaching up to 510 km2, about a quarter of Tokyo Metropolitan area22. If waqf lands are utilized productively for agriculture, it could support basic needs provision in Indonesia during times of crises.

Cash waqf in Indonesia could also play a significant role in Indonesia. Islamic financial institutions, including Islamic cooperatives throughout the country can mobilise cash waqf from waqif to support the purchase of medical equipment within such as ventilators that are urgently needed at this time. If this integration can be done optimally, economic recovery can be achieved immediately and the Islamic financial institutions can operate in normal conditions again.

The full e-book, "Impacts of the COVID-19 outbreak on Islamic finance in the OIC countries" is available as a pdf download from HERE. The e-book is published by Indonesia's Islamic Finance and Economy Committee (KNEKS) in partnership with DinarStandard and Salaam Gateway. It was launched on May 27, 2020. The 12 countries covered are: Bahrain, Bangladesh, Brunei, Indonesia, Iran, Malaysia, Nigeria, Oman, Pakistan, Saudi Arabia, Turkey, and UAE. 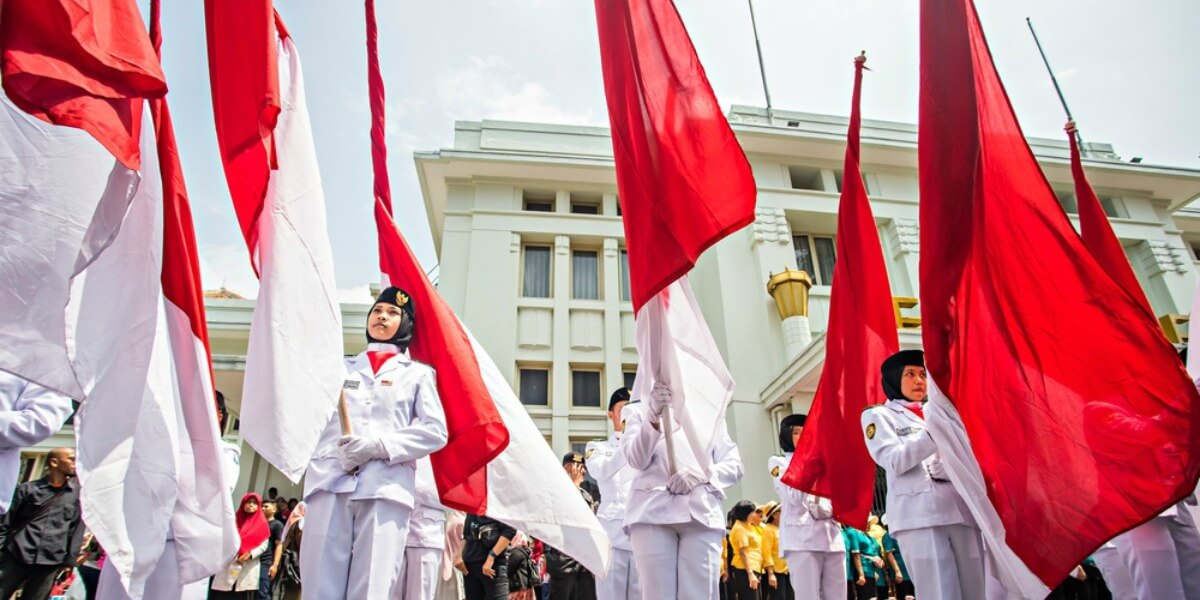