This week, Google started including podcasts to its U.S. and Canada Google Play Music, following Spotify’s launch of its podcast support in beta in January. Apple’s iTunes store has been supporting podcasts since 2005.

As podcasts make a comeback, Salaam Gateway speaks to Los Angeles-based writer and activist Tanzila Ahmed, one half of the team behind 'Good Muslim, Bad Muslim'. San Francisco comedian and writer Zahra Noorkbakhsh completes the duo.

'Good Muslim, Bad Muslim' is like overhearing a conversation between two awesome friends—friends who talk about everything and don’t pull punches. The women are fearless, real and don’t worry about what their parents will think when they hear it. And they’re quickly becoming role models for Muslim women in America.

As they write on their website, “…what does it mean to be a good Muslim, when we as American women are getting mixed messages from all different angles?”

We spoke with Ahmed about the podcast.

Let’s talk about your podcast, "Good Muslim, Bad Muslim." Why did you launch it, and what’s the mission behind it?

So I’m a blogger, and one of the things I’ve been thinking about is that podcasts are the new blog. Everyone has a podcast. So Zahra [Noorkbakhsh] and I met, and we would do book tours and have fun conversations. They were about being Muslim and pop culture and sex, about everything. We had a lot of fun having a conversation together. And we’d tweet at each other with a hashtag saying #goodmuslimbadmuslim. And then people were following along, and we were like: maybe we should do a podcast. So, finally, in January of last year, a friend of mine did sound engineering for us and it took off.

We don’t have a mission, that’s very intentional, and that is why our podcast is taking off the way it is. The purpose is to have a conversation that Zahra and I have behind closed doors. We just think we’re funny, and we want to share it with people.

We’re women, we have voices. I think both Zahra and I have personal agendas, and that kind of comes out in our podcasts. I think that’s what’s so cool about it, that sometimes the activism and the politics isn’t intentional, it’s inherent.

You’ve talked before about the loneliness that desi women feel. Can you tell us a bit about that?

The reason why it comes up is [that] it comes up in my column. I have a column called Radical Love. Generally, I do talk about, I think particularly at this point being in your 30s, how people have these very kind of infantilizing ways of describing dating and being single.

You’re very pro-feminist, do you think that in our culture that can be difficult? That there’s pushback from the older generations?

Oh yeah, there was for sure pushback. One of the interesting things I was thinking about, we’re being raised to be meek. As immigrants, you’re not supposed to rock the boat. I think a lot of that changed after 9/11. We don’t have the privilege to do that anymore.

Speaking out is what we have to do or we get murdered or locked up. As far as being a woman, I’ve been thinking of—sometimes people refer to me as brave. I feel super naive also. It’s a fine line between naive or brave.

Do you get pushback from non-Muslims asking you how you can be Muslim and a feminist? What do you say to them?

Yeah, I used to get it a lot more. I’m getting it a lot less now. I think that the climate is changing, how people are talking about Muslim women is changing.

For every one of those emails, we’re getting more and more emails from South Asian girls in their 20s who are isolated and are super inspired. That’s my audience. We’re doing it for the random, isolated girl stuck in the middle of the country and letting them know there are people like that out there.

You’ve been part of 31 Days of Feminism with the Ms. Foundation this March—how was that experience? Did you find a new audience?

It was fine, the reason they reached out to me is I have a relationship with the Asian-American vertical. I didn’t really see it as that big a deal, but maybe for white feminists, it was a big deal.

There’s been a lot of talk about intersectionality and feminism. Have you come up against that a lot and dealing with white feminists not understanding the issues or problems women of color face?

To include more people of color, I never really identified myself as feminist because the only feminists I saw were white. And it took moving away from that, and developing my own voice, that [has allowed me to be] able to figure out what does it mean to be a person of color. I still feel very isolated in the feminist movement.

Any advice to encourage other women of color to not get discouraged by a mostly white feminist movement?

Keep making art and creating culture. You need to make things, despite what they see.

What I really grapple with is how the world we live in is systematically oppressive in the environmental movement, in the feminist movement, in police oppression. We need to stay woke (i.e. be aware) to that. When we feel micro-aggressions, it’s not personal, it’s systemic. That’s what we need to dismantle. We need to call out racists, but we need to dismantle terrible systemic oppression. That’s what made it easier to do this work.

Lately there’s been an upswing in the number of blogs and sites by Muslim women, from fashion bloggers rocking hijabs to MuslimGirl to Ayesha Trump to you. Why do you think this is happening now?

There’s technology to make it easy, with how the Internet’s been moving forward, you can make your own website and zine to create your narrative and figure out how to broadcast.

I would say that people have always been storytellers, and you can get a lot more eyes on it. The other part is that there has been the movement to tell narratives of marginalized communities, and that’s been making a change. People have heard how stories can make a difference, and I think they are seeing that effect and people aren’t dying. There’s that fear that you’ll tell your story and your mom will be mad at you.

What’s next on your podcast? And what’s next for you?

We’re going to keep it going, we’re doing it twice a month, we just got back from South by Southwest [Music, Film and emerging technologies]. Personal: I’m looking into taking my Radical Love column and turning it into a book, and I've released a poetry book called "Emdash & Ellipses." And I’ll be in a book this fall called "Good Girls Marry Doctors." it will be out in September. 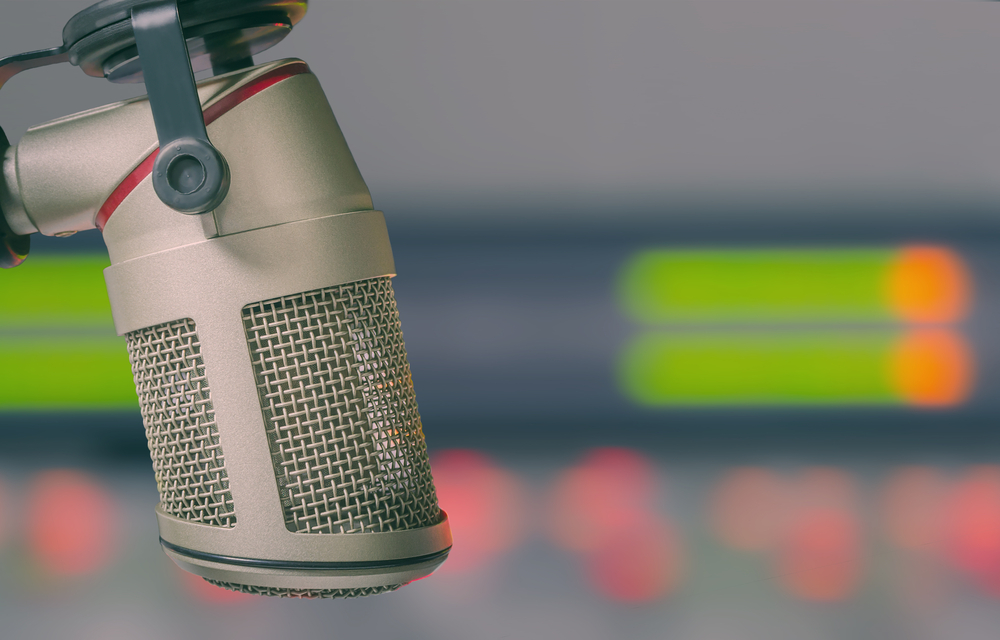 The return of the podcast: ’Good Muslim, Bad Muslim’ talks being Muslim American women
This week, Google started including podcasts to its U.S. and Canada Google Play Music, following Spotify’s launch of its podcast support in beta in January. Apple’s iTunes store has been suppor..
https://www.salaamgateway.com/story/the-return-of-the-podcast-good-muslim-bad-muslim-talks-being-muslim-american-women