Photo for illustrative purposes only. Three Iranian flags at the Azadi Tower in Tehran on Oct 25, 2016. Kanisorn Pringthongfoo/Shutterstock

This article is a chapter out of the e-book, "Impacts of the COVID-19 outbreak on Islamic finance in the OIC countries" that is available as a pdf download from HERE. Read the article in the e-book for the complete set of tables, charts and references.

The novel coronavirus COVID-19 that was first reported in the Chinese city of Wuhan in December 2019 arrived in Iran on February 20, 2020. The crisis is hitting Iran’s economy in the short-term and in the medium-term by creating shocks in demand and supply.

In the short-term, the virus has already led to a reduction in production, an increase in the number of unemployed, weaker stock market indexes, lower oil prices, a shattered tourism industry, and lower non-oil exports.

The Iranian government’s decision to restrict traffic in cities in the first phase and implement social distancing in the second phase to limit the spread of the virus has required banks to provide banking and financial services using one-third of employees. There have been layoffs at a lot of production units, leading to an increase in unemployment. This will result in a rise in the number of bounced checks in the medium term. In addition, reduced work shifts or temporary closures of production units push down production and profits.

In the long-run, the crisis will lead to a rise in deferred non-current claims of banks, more bounced checks, and the financing system of companies will be disrupted due to the bank-centered nature of manufacturing firms leading to a recession in the economy. Further, the reduced profits of manufacturing firms and the economic recession will leave negative effects on the capital market.

In line with reducing the consequences of the coronavirus outbreak, based on the decision of the government’s economic headquarters, commercial banks are required to pay 750,000 billion rials in facilities at a rate of 12 percent to units and businesses affected by the outbreak of the corona virus. The 12% facility is available to 11 job categories from different production units in the country that have been directly or indirectly affected by the outbreak of the coronavirus.

In order to support the families, 19 million and 500 thousand people from the Iranian households have been included in the 10 million Rials Gharz al-Hasna facility. Also, three million families with the lowest incomes and expenses in the country have been covered by the subsidies of 2000 to 6000 thousand Rials for government subsidies per single family, five people and above. This amount will be paid in March and April and will be doubled during the holy month of Ramadan. It is obvious that in May and June of this year, these three million families will receive subsidies of 2,000 to 6,000 thousand Rials from the government.

The outbreak and continued spread of the COVID-19 has hit Iran’s real economy in production, trade, and tourism, all of which have a knock-on effect on the financial markets.

The financing of firms can be seriously affected due to the bank-centered nature of Iran’s financial system. The banking system is expected to be significantly affected but how badly it will be hit will depend greatly on how long the crisis goes on for.

If the crisis is not played out for too long, it will only cause a slight shock to the demand and supply chain in the economy. As a result, the role of the banking system is expected to be limited to supportive measures.

In the middle of March, the act of the Supreme Economic Coordination Council aimed at deferring bank loans, tax debts, and social security payments for manufacturing firms for three months has been approved in this regard. Taxable pardons for March 2020, which ended in March, will be extended until the end of June 2020. In addition, to support the country’s economic sectors, the deadline for submitting VAT returns for all taxpayers by the end of April 2020, as well as the deadline for VAT payments for some economic groups, has been extended until the end of May this year.

As the crisis continues, in the medium term the economy will fall into a recession. In this case, a lot of firms will face problems and even the bankruptcy rate is expected to increase, particularly among small and medium enterprises. The rate of returns on loans, including those related to working capital, will go down. Considering the high share of these loans, significant changes are expected in the balance sheet of Iran’s banking network (66% share of facilities related to the creation and provision of working capital from the total facilities of the banking system).

Adding non-current claims can increase problems as banks face loan default shocks under the current conditions. Reducing the liquidity ratio, increasing demand in the interbank market, and reducing the amount of new loans (which can deepen the recession) are the least effects which can cause the spread of coronavirus and these are the least of the banking system’s worries. On the other hand, since businesses will need more financing, policymakers will pressure the banking network to grant more loans and this could lead to a new wave of non-performing loans that will ultimately put pressure on Central Bank resources and money creation.

Based on the decision of the government’s economic headquarters, the Commercial banks are required to pay a loan of 230 trillion rials to subsidise recipients and 520 trillion rials to affected firms and jobs which have not laid off their human resources at 12 % rate.

Policymakers pressure on the banking system to grant more facilities is a mandatory facility in the first three months of 2020, the volume of liquidity and monetary base in 2019 has increased and the growth of liquidity and monetary base has been more than 28%, that being more than its long-term trend. Based on statistics, the main cause for the growth of monetary base was the increased debt of commercial banks, the government to the Central Bank and the net increase of foreign assets of the Central Bank. Accordingly, individuals have turned their bank deposits into alternative assets, or are they withdrawing money from banks and buying gold, for example. Table 1 indicates the effects of the COVID-19 outbreak on the banking system.

The effect on the capital market

In general, the effects of the COVID-19 outbreak on the capital market based on its severity in Iran and other countries are considered in two dimensions including those affecting the economic-financial parameters of the firms in the stock market including sales, production, and profitability of the firms, as well as those influencing the stock trading of the firms.

The outbreak of COVID-19 was initially expected to have little effect on the capital market in the short term before it would resume its normal course. But as the crisis persisted, the main parameters of determining the stock price value, such as future cash flow and profitability, have been affected due to the continuing crisis.

Nevertheless, the crisis has had a different effect on the pharmaceutical and food industries, which are significant components of the capital market. Further, the profitability of the pharmaceutical and health industries increased due to the increasing market demand for disinfectants and health products. In addition, market demand for food has increased due to fears of the outbreak and the possibility of quarantine in some cities.

Additionally, the strengthening of the U.S. dollar against the Iranian rial, inflationary expectations, recession in other parallel markets for example, the housing market, and reduced oil sales due to economic sanctions have had the biggest impact on the growth of the stock market index.

The main growth of the Tehran Stock Exchange in the last 12 months is related to the increased price of the U.S. dollar and inflation which affected the stock market with a slight delay. Accordingly, the Rial value of companies from the revaluation and increase of capital of companies has led to profitability, which is considered as the main reason for the rising trend of the stock market in Iran. The number of trading codes increased from about one million in 2019 to about 1.7 million on March 10, 2020. The adverse impact of the outbreak of this virus on the Tehran Stock Exchange has been deferred because of high liquidity in the stock market. The descending trend of the total index has continued by March 24, 2020 and after that the trend had an ascending trend again.

The crisis caused by the COVID-19 outbreak caused a big shock to the financial turnover of the service sector which will turn into a credit crisis if such conditions continue. Thus, policy makers of the monetary and financial system should develop a comprehensive program for the role-playing of the monetary, financial and credit system to control the economic consequences of the crisis with an active approach and the participation of the private sector. In this regard, the banking system is required to grant loans to the households and firms affected. Approval of the payment of 230 trillion rials in loans to subsidy recipients and 520 trillion rials in loans to businesses with lower interest rates are some of the policies that are being implemented. The government obligated commercial banks to grant loans at 4% interest rates to households and 12% interest rates to the firms destroyed by coronavirus.

It is suggested to grant the loans according to the wages paid of the human resources, last year’s tax, social security insurance, as well as water, electricity, gas expenses by the firm directly to the employees of these firms, the Social Security Organization, the Ministry of Energy, and National Gas Company. Using the banking transaction information available to the banking system separately for job categories and the province is considered as one of the tools for identifying the impacted manufacturing firms. Another complementary method is using field observations and feedbacks from various guilds and jobs.

The full e-book, "Impacts of the COVID-19 outbreak on Islamic finance in the OIC countries" is available as a pdf download from HERE. The e-book is published by Indonesia's Islamic Finance and Economy Committee (KNEKS) in partnership with DinarStandard and Salaam Gateway. It was launched on May 27, 2020. The 12 countries covered are: Bahrain, Bangladesh, Brunei, Indonesia, Iran, Malaysia, Nigeria, Oman, Pakistan, Saudi Arabia, Turkey, and UAE. 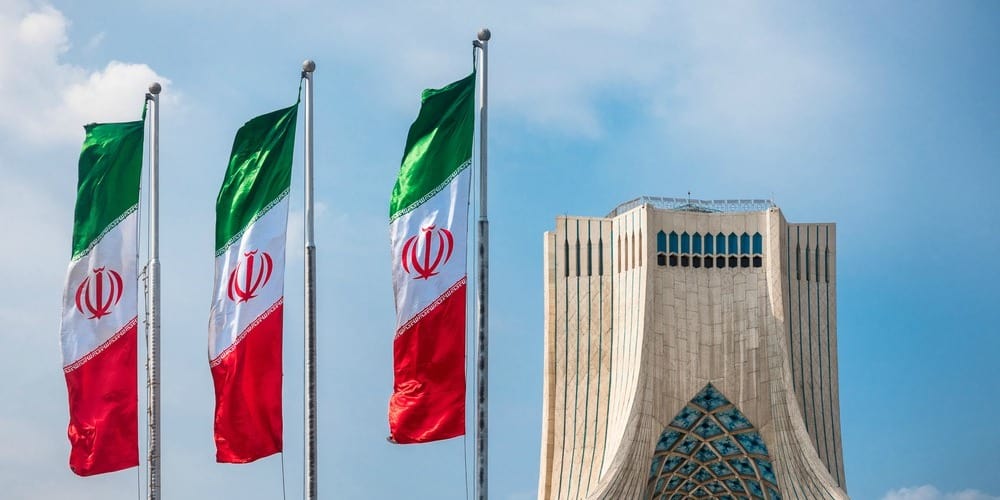 The severity and magnitude of the impact of the coronavirus crisis on the Islamic financial industry in Iran
This article is a chapter out of the e-book, "Impacts of the COVID-19 outbreak on Islamic finance in the OIC countries" that is available as a ..
https://www.salaamgateway.com/story/the-severity-and-magnitude-of-the-impact-of-the-coronavirus-crisis-on-the-islamic-financial-industry